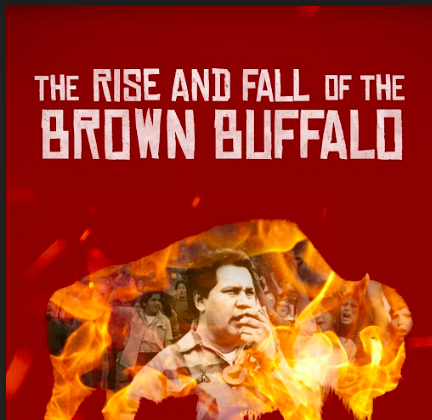 I first encountered Oscar Acosta the way most people did — through Hunter S. Thompson. I never quite realized who the “300 pound Samoan attorney” in Fear and Loathing in Las Vegas really was until I read the deranged and brilliant piece called “The Banshee Screams for Buffalo Meat” in a 1977 edition of Rolling Stone. That was and is by far the best obituary ever written, and its final words still chill me:

Oscar was one of God’s own prototypes – a high-powered mutant of some kind who was never even considered for mass production. He was too weird to live and too rare to die – and as far as I’m concerned, that’s just about all that needs to be said about him right now. ..

He will not be missed — except perhaps in Fat City, where every light in the town went dim when we heard that he’d finally cashed his check.

It took me a few more years to discover that Acosta was a writer, too — in fact, his two books, The Autobiography of a Brown Buffalo and Revolt of the Cockroach People — are every bit as powerful and relevant as anything Thompson ever wrote. 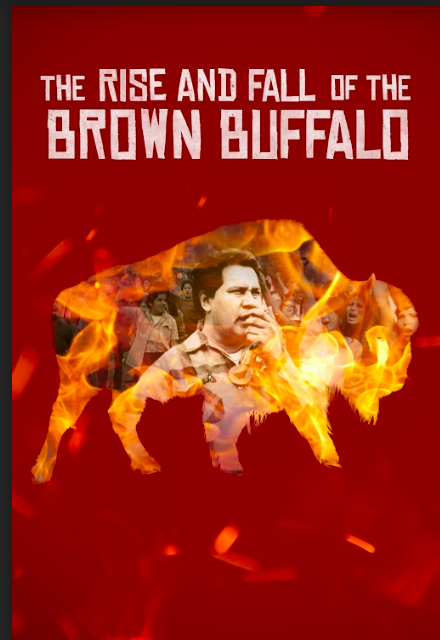 And compared to Fear and Loathing in Las Vegas, hardly anyone has ever read them.

That’s one of the essential and painful truths that comes out of the new documentary The Rise and Fall of the Brown Buffalo, that premiers at the Latino Film Festival Saturday/16 and will be shown on PBS in the spring.

Thompson, a white guy who never really participated in the Sixties revolutionary work that he covered, got (relatively) rich and (very) famous. Acosta, who was on the ground trying in his own anguished way to fight for Chicano power, wound up broke, ignored, misunderstood and dead.

The Rise and Fall is the powerful, dramatic documentary that needed to be made about Acosta (who, by the way, wrote his best work in the Hotel Royan in the Mission, which still stands). It shows Acosta as a troubled kid raised in a small town struggling with his Latino identity. It shows his psychic damage as he tried to merge with, then rejected, White culture. 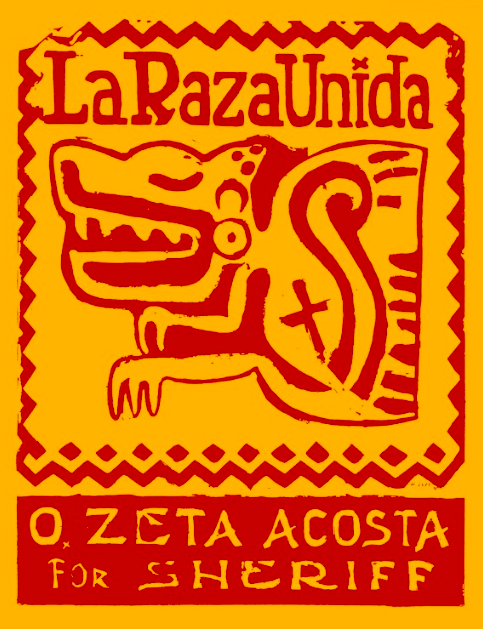 It has some interesting stuff I didn’t know about, particularly his work as a Catholic missionary (he later wrote a letter of resignation to Jesus). And it shows, in all its painful reality, his two failed marriages, his depression, and his angst over his role in the movement.

It also shows the young, fearless Chicano lawyer who had no respect for the law but used it at a tool, the guy who managed to put every single one of the 108 Los Angeles judges on the stand to testify about their alleged racism in a grand jury case, who won verdicts for clients nobody else would take in cases that were considered doomed from the start.

It shows how Acosta became a media figure who ran for sheriff of Los Angeles, loved the camera, loved his own image — and ultimately lost the support of his community (in part because of the way he was portrayed by Hunter Thompson).

It’s a difficult documentary, but one that might give Acosta the place in history that he so richly deserves.

The movie takes an unusual approach: All of the people who speak about Acosta are played by actors, although some of the people being portrayed are still alive. It’s a bit jarring to see an actor who looks a lot like Thompson reading lines from Thompson’s work, drinking whiskey out of a glass by an old electric typewriter, when we all know Hunter killed himself more than 10 years ago.

A woman who is clearly in her 20s or 30s plays the role of Acosta’s first wife, and other young actors portray people who were actually on the scene, essentially reading their lines.

I talked to Phillip Rodriguez, the director, and he told me that after making a lot of documentaries, he’s learned that young people don’t always respond to older people talking about history. “I wanted people to see this film with the color and vividness of what was happening at the time,” he said. “You can’t do a doc in a traditional way about a person like Oscar.”

Rodriguez has been fascinated with Acosta for years, as I have, and he’s tried for more than two decades to make this movie. “I’ve been drawn to him,” Rodriguez said. “As we move toward a different demographic in this country, we are starting to reconsider our history. And I wanted to reconsider Hunter Thompson and Oscar.”

The actor who plays Acosta, Jesse Celedon, does a great job looking and sounding like the original, and there’s plenty of archival footage. The documentary gives a sense of what the late Sixties were like for Acosta, who was torn between the hippie psychedelic life he found with Thompson in Aspen and the brutal street-level struggle for Chicano dignity that he embraced in LA.

There has been so much written about Hunter Thompson, so many movies made, so much mythology created. Oscar Acosta was deeply intertwined with that, but was so, so much more. And it’s time he had his turn in history.

You can get tickets to the movie here. The Latino Film Fest runs through September 30.