Books: ‘Caste’ and the history of racism in the US

August 14, 2020
Share on FacebookShare on TwitterShare on LinkedInShare on RedditShare on Email

Isabel Wilkerson’s Caste: The Origins of Our Discontent has received acclaims from literary critics in addition to bringing Oprah to tears. The book presents a compelling analysis of racism, extensively researched and creatively woven together.

Wilkerson’s thesis is that racism can only be fully understood through the prism of caste. Although she acknowledges previous sociologists and anthropologists, who used the framework of caste to analyze slavery and racism, she approaches her task more broadly. 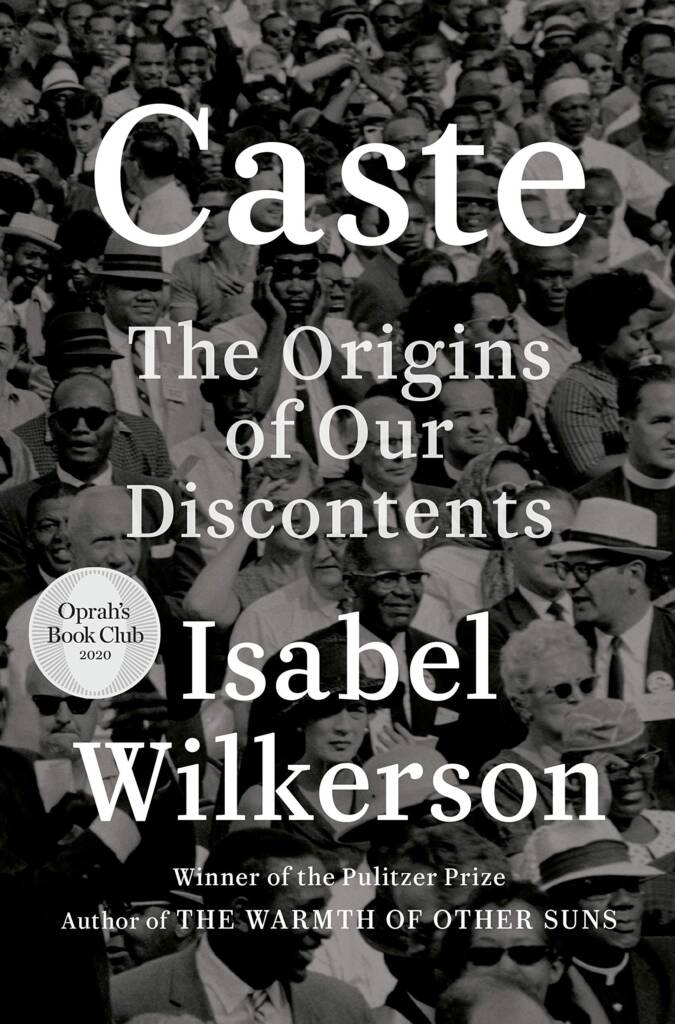 She studied the immutable caste systems of India and Nazi Germany and details the similarities to racism and slavery. It is well known that the economics of slavery gave birth to the ideology of racism as justification for the inhuman treatment of African slaves. However, she identifies each step that the dominant caste (whites) used to maintain the subordinate caste (blacks) up to the present day. We see how intimately entwined racism and caste are and that neither can exist alone.

Wilkerson traveled to India to study the caste system: the Brahmins  (dominate caste) and the Dalits (subordinate caste) and dissects her investigation more like a sociologist than a journalist. For the Dalits, commonly known as untouchables, caste status does not depend on skin color but depends upon immutable hereditary traits that include surname, the occupation of ancestors, and the villages where families live. Similar to the Dalits, Black people became the American untouchables, a caste in which skin color at birth determined their immutable status in the social hierarchy.

Wilkerson traveled to Germany to study the caste system of the Nazis and dissects the Nazi propaganda that dehumanized the Jews, allowing them to be exterminated without as much as a peep from the average German. She expands upon the Nazi reliance on American slavery, Jim Crow and eugenics as a model for placing the Jews in the subordinate caste.

The Nazis studied the American structure and hailed the genocide of Native Americans, the lynching of Black people, anti-miscegenation statutes, and race-based immigration bans. It is horrifying to realize that American racism and caste propelled the development of Nazi ideology.

Wilkerson tackles the perplexing issue of the white working class voting against their interests. She insists that they do not. It is in their interest to maintain their status and privilege of being white. They do that by maintaining a lower rung than themselves in the caste structure and by voting for Trump.

It is Wilkerson’s extensive research that gives life to her book. Through painful, individual stories, she humanizes history. It’s these stories, rather than the application of caste analysis, that impact the reader and enhance one’s understanding of racism.

Wilkerson finds hope in the United States because she sees glimpses of the caste system breaking down. She pays homage to Albert Einstein, who escaped death as a Jew in Nazi Germany, as a model for bypassing caste by consistently working for civil rights. He maintained, “The more I feel an American, the more this situation pains me. I can escape the feelings of complicity in it only by speaking out.” She calls for a Truth and Reconciliation Committee but beyond that a “radical empathy” in which we educate ourselves and “listen with a humble heart.”

Previous articlePreserving stories of California life during COVID—and you can share yours
Next articleForeign correspondent: Kamala Harris on war, peace, and the Middle East

Books: ‘Caste’ and the history of racism in the US

The inaccurate reporting and social media just continues, as most of the major local media stands by or goes along.
Music

Juneteenth sings: 5 new releases to help you hear the melody

Oakland artist Stoney Creation gives self preservation sounds, while Bandcamp doubles up on ways to give back.