By Tim Redmond
May 29, 2014
Share on FacebookShare on TwitterShare on LinkedInShare on RedditShare on Email 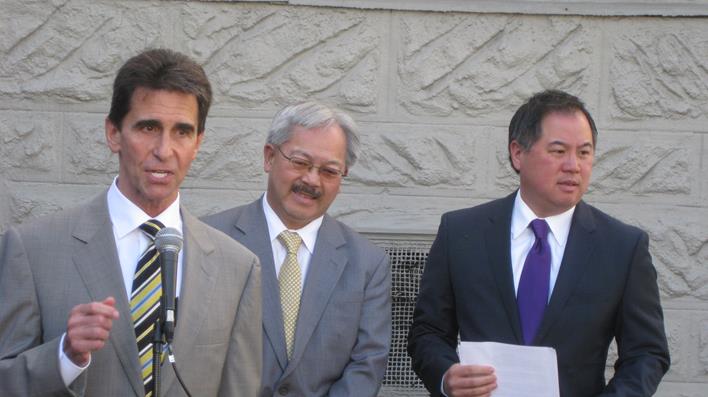 MAY 29, 2014 — State Sen. Mark Leno’s bill to limit Ellis Act evictions squeaked through the Senate today with 21 votes after Leno promised to make a few amendments. That means the measure will advance to the state Assembly, where once again there will be a bitter fight against real-estate interests.

Leno agreed to amend the bill to differentiate between small property owners and big speculators, to create an exemption for people who own fewer than two buildings, and to look at a possible sunset clause.

That was enough to convince Sen. Jerry Hill, D-San Mateo, who had initially voted against the bill, to flip to the Yes side.

Assemblymember Tom Ammiano had a much easier time with his Prop. 13 reform bill, which cleared the Assembly floor 56-8. The measure would close a major loophole in the law that allows property owners to skirt higher taxes when they buy property.

The Ellis Act bill will have to go through policy committees in the Assembly, where the amendments will be heard, and then come back to the Senate for concurrence. At every step of the way, the California Chamber of Commerce and real-estate interests will be trying to derail it.

The Leno bill failed the first time it came up, but he managed to convince enough Democrats to support it that it won the minimum necessary votes.