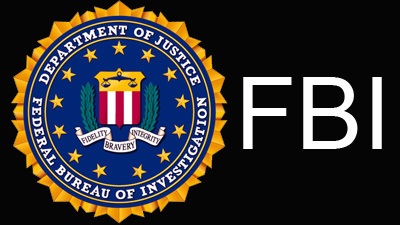 Citing serious concerns, particularly in the coming Trump Era Bay-area civil rights groups are calling on the San Francisco Police Department to be more open about its relationships with the FBI’s Joint Terrorism Task Force and to make sure that local officers are following the city’s rules on cooperation with the federal government.

In fact, the groups say, the city has not been training local cops on the relevant rules and has failed to submit the proper documentation on local connections to the FBI.

The groups just issued an extensive progress report on San Francisco Police Department’s compliance with the Safe San Francisco Civil Rights Ordinance – and outlined a list of changes that will be needed to protect civil liberties as the feds become more aggressive under Trump.

The landmark local law, passed in May 2012, requires community input on the SFPD’s participation with the FBI on the JTTF. The law requires the SFPD to respect privacy rights protected under the state Constitution and local laws. The law also calls for annual reports on SFPD-FBI activities in an attempt to promote transparency and accountability.

The Jan. 5 letter, issued by Asian Americans Advancing Justice-Asian Law Caucus, the Council on American-Islamic Relations of the San Francisco Bay Area, and the American Civil Liberties Union of Northern California, details the coalitions’ efforts in dealing with the implications of SFPD’s participation in FBI anti-terrorism activities.

Civil rights groups fear that unless urgent measures are taken in the next few weeks, the rights of Californians will be severely hampered: “All signs indicate that the Trump administration will greatly increase the sort of discredited, counterproductive, and racist surveillance of Muslim communities that the New York Police Department became notorious for,” the letter states.

There are already plenty of signs that the city isn’t following its own rules. The SFPD came under fire for denying it violated a city ordinance governing local law enforcement participation in FBI counterterrorism investigations in the case of Google Engineer Sarmad Gillani.

The incident that happened in June 2014, entailed FBI and SFPD officials interrogating Gillani at his workplace in the city. Questions like “what restaurants he eats at in Pakistan, where he visits, who he sees, etc.” were asked, which the group says in direct violation of the Safe San Francisco Civil Rights Ordinance.

The Asian Law Caucus argued that the JTTF officers did not meet the “reasonable suspicion” qualification when they approached Gillani and that he was simply targeted because of his identity as a Muslim and a Pakistani.

The rights groups report that since the release of the SFPD’s 2015 JTTF ordinance annual compliance report, they’ve worked extensively with SFPD to reach consensus and an understanding of the source, nature, and scope of the SFPD’s compliance problems. That means that rights groups have been actively engaging with the SFPD to ensure that rights are being protected and civil liberty protections mandated under local law are being taken into account.

However, despite being ready to implement jointly-crafted solutions with SFPD, civil rights group say that the FBI has not yet indicated their position on those solutions.

The SFPD’s legal obligations under the ordinance are unambiguous; SFPD officers may participate in FBI JTTF activities “only in a manner that is fully consistent with the laws of the State of California, including but not limited to the inalienable right to privacy guaranteed by Article I, Section 1 of the California Constitution, as well as the laws and policies of the City and County of San Francisco and, as applicable to the Police Department, that Department’s policies, procedures and orders.”

In short, the concerns raised by the civil rights groups entail that the SFPD has not been training its JTTF officers to comply with state and local civil rights protections; has not been submitting the authorizations documenting “reasonable suspicion” to participate in JTTF activities involving First Amendment information, and has been violating the local sanctuary ordinance through activities as a matter of routine.

Attorney Christina Sinha, who co-leads the National Security and Civil Rights Program at the Asian Law Caucus, said that the issue requires immediate attention: “The urgency is the impending inauguration and the attendant transfer of power to president-elect Trump,”

While fears regarding Trump’s presidency are grounded on his statements against minority groups, specially the Muslim community, civil rights groups have been working on compliance with the local law long before the election:  “We have been working for years to try to get the SFPD to comply with the Ordinance. We now have irrefutable proof that thus far, they have not. Failing to comply with the ordinance puts an already hyper-vulnerable community – the Muslim community – at severe risk of civil rights violations. But the inauguration makes this issue even more pressing,” Sinha said.

“That means we need to make absolutely sure that our local officers aren’t recruited to do this work.  Now is not the time for the sort of bare assurances the SFPD has tried to placate San Franciscans risk.  What we need are clear answers – actual specifics – on how our local officers are ensuring they will not be used for that work,”

So what needs to be done immediately? Sinha points to some immediate next steps:

“One, before January 20th, SFPD JTTF officers need to be trained on how to follow the ordinance. We (the coalition of civil rights groups working on this issue) have offered to administer that training. Two, SFPD officers should clearly explain how they will comply with our sanctuary city law and DGO 5.15 in the face of the FBI’s Baseline Collection Plan. And third, the SFPD needs to make sure that this year’s public JTTF compliance report honestly discusses the compliance issues that came to light this year.”