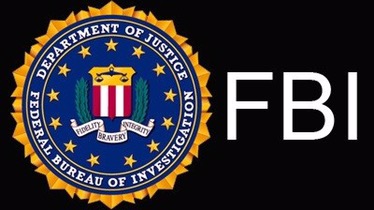 The San Francisco Police Department announced on Wednesday that it will be pulling out of the Joint Action Task Force, a controversial co-operation with the FBI.

A Joint Terrorism Task Force (JTTF) is a partnership the FBI  and local agencies that are charged with taking action against terrorism, which includes the investigation of crimes related to terrorism.

The JTTF Memoranda of Understanding between FBI and SFPD was signed in 2007. All contracts with the SFPD require the approval of the Board of Supervisors after ten years and that time has come for the JTTF.

The cooperation has been heavily criticized over the years and the city passed a landmark local law, in May 2012, that required community input on the SFPD’s participation with the FBI on the JTTF.

The law requires the SFPD to respect privacy rights protected under the state Constitution and local laws. The law also calls for annual reports on SFPD-FBI activities in an attempt to promote transparency and accountability.

The Jan. 5 letter, issued by Asian Americans Advancing Justice-Asian Law Caucus, the Council on American-Islamic Relations of the San Francisco Bay Area, and the American Civil Liberties Union of Northern California, detailed the coalitions’ efforts in dealing with the implications of SFPD’s participation in FBI anti-terrorism activities.

“All signs indicate that the Trump administration will greatly increase the sort of discredited, counterproductive, and racist surveillance of Muslim communities that the New York Police Department became notorious for,” the letter stated.

Read our coverage of civil rights groups letter on JTTF

One of the major issues with the JTTF was whether SFPD would comply with local laws when co-operating with the FBI. Specifically, sanctuary city laws and added protections under the Safe San Francisco Civil Rights Ordinance.

Concerns were heightened after Trump won the election and civil rights groups have been rallying for added protection for Muslim communities whom they fear will become a target under the current administration.

“We are thrilled at this news, but we shouldn’t get complacent. This just means participation has been suspended, not completely terminated,” said Christina Sinha, Staff Attorney, Asian Americans Advancing Justice-Asian Law Caucus, ” If the SFPD rejoins the JTTF without getting proper training and addressing the community’s other concerns, we will be right back at square one. We are prepared to fight should that happen,” she said.

John Crew, former ACLU watchdog and a leading voice on police reform says that the decision to suspend the decision is a welcome move: ” The idea of SFPD working for Trump’s FBI where they’ve been so many doubts about their ability and commitment to follow local laws — such sanctuary city laws — they made the sound decision to pull out for now,” he said.

Crew who is a trailblazer & has dedicated a significant part of his life to push for police accountability foresees cities across the country following San Francisco’s lead: “I think this is a start, I think many other cities will look at this situation and reach the same conclusion as San Francisco I think it’s only a matter of time.”

An earlier version of this article erroneously referred to the Joint Terrorism Task Force as Joint Action Task Force in the headline. We regret the error.