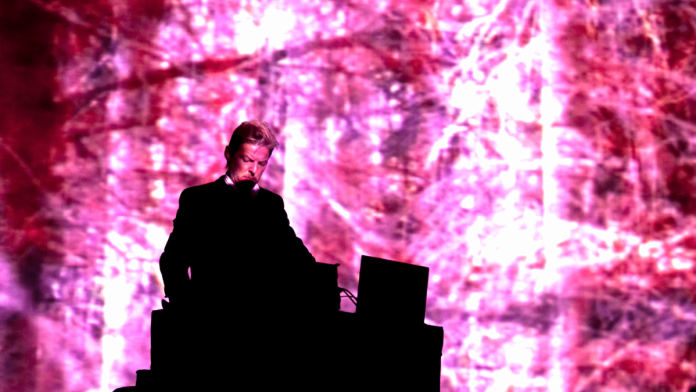 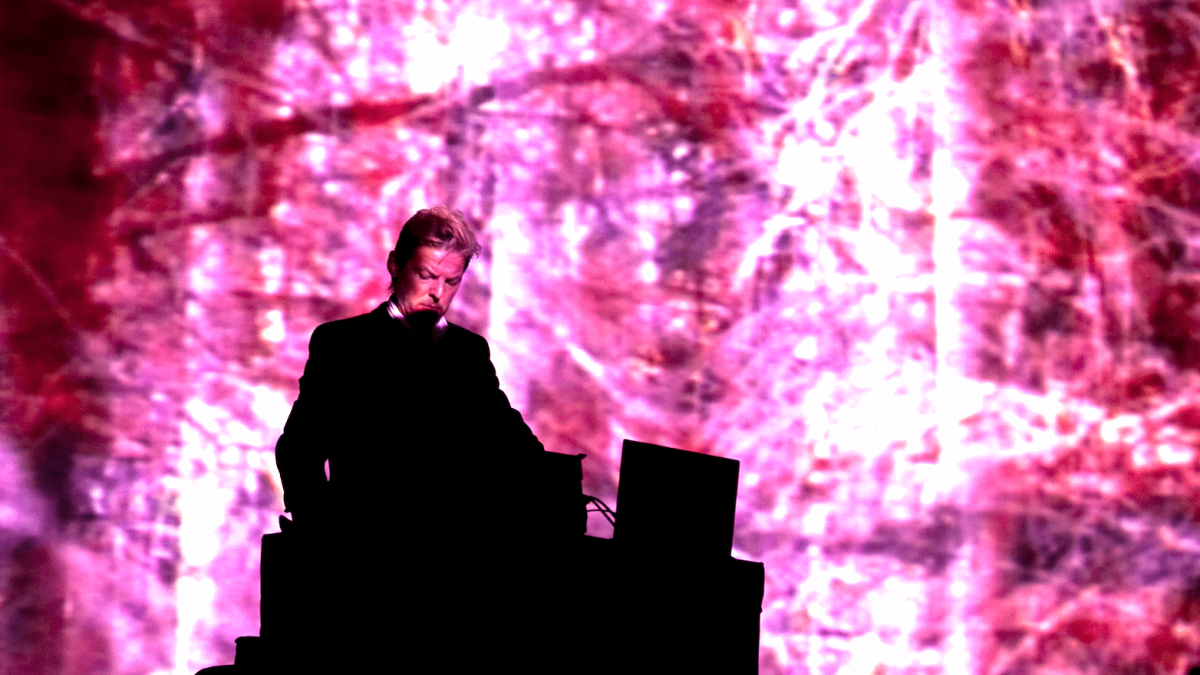 Review: Gas looms through the trees at Recombinant Festival

Wolfgang Voigt’s music as Gas is inexorably tied to the forest. The project was inspired by Voigt’s youthful acid trips in Germany’s Königsforst, and appropriately the sleeves for the project’s six albums (with the exception of its apocryphal self-titled debut) are adorned with psychedelically blurred trees and shrubs, all bathed in unnatural colors coordinated to the mood of the music and stamped with the name Gas in a formidable serif font. How this specifically sylvan music would translate to the spartan constraints of the live electronic show intrigued me. It seemed inappropriate to have a Gas show anywhere but the most remote and tangled stretches of the Black Forest, maybe with a trail of breadcrumbs leading to the stage.

Gas’s first-ever San Francisco show was part of the first night of the Recombinant Festival, an ongoing multimedia and experimental music event at Mission Street’s Gray Area. While most of the artists aren’t well-known outside deep avant-music nerd-dom, Gas was undoubtedly the popular headliner. His music enjoys the same critical acclaim and rare crossover appeal outside ambient music as Brian Eno or Tim Hecker, and 2016’s sumptuous Box set of his 90s albums was enough to bring him out of a decade-and-a-half hiatus to drop 2017’s Narkopop and this year’s Rausch. By popular demand he’d added a second early show after I’d bought my tickets for the late show at 9 pm.

Opener Marcus Schmickler was not an artist I was previously familiar with—and not one I’ll easily forget. His performance was defined by bone-rattling bass, emanating up from the floor through our bodies, numbing us for minutes at a time at prodigious volume. Every now and again he’d let up for a couple minutes, his tones would settle somewhere in an eerie treble range, and our bodies had a moment to breathe. Then the waves would come crashing down again. Some of the noises he made resembled sirens or alarms, and I initially thought he might be trying to evoke some sort of dystopian prison, but it soon became clear that what the sound was “of” was moot. What mattered was the pure fact of the sound, and the generosity with which it was delivered.

Even the mighty Gas seemed a bit dainty coming after Schmickler. Voigt started in orthodox Rausch mode, and the visuals emerged from a sort of Matrix murk, not dissimilar to what you’d see projected at a run-of-the-mill noise show. But then dendrites began to form, and soon we were seeing abstracted sapling-fairies dancing in a weird, circular sort of pagan motion, bathed in the gold of his Königsforst sleeve. Instead of taking us deeper on a linear route, he’d show us bits of forest, then let the trees disappear into clumps of data, which sometimes resembled gnarled witch-faces—or maybe my imagination was just inflamed by grotesque Germanic thoughts of Hansel and Gretel and erlkings and babes lost in the woods. At one point he circled in monochrome around what appeared to be a dead tree, like the one in Lord of the Rings. Later he’d give us clear footage of a forest, then blur it until we were looking at endless dark passages between snaking gray pillars that could have as easily been stone. It was a snapshot of what makes the Gas project so good: the experience of being lost from the comfort of our chairs.

The music itself was a thick soup from various records that progressed the way his records do: placid plains of beatless drift, divided by long stretches of linear material defined by the thrum of a four-on-the-floor kick that sometimes sounds like a will-o-wisp bouncing just ahead and sometimes sounds like a malevolent emanation from the earth itself. For a while towards the end some letters appeared in the fractal fudge behind him, and he seemed to be teasing the end, when of course the name Gas would come onscreen. But then he meandered back down the scenic route for a few minutes, with more kick drum and an intriguing lavender color palette onscreen that might grace the cover of a future album. At the end the man stepped down from the podium and bowed, looking as hermetic as you’d hope: white hair, white beard, black clothes.

Gray Area, a nonprofit which occupies an old movie palace, was founded 10 years ago to promote the connections between art and technology, and it’s an ideal place for this kind of audiovisual experience. Speakers are positioned all over the room, and sounds travel swiftly from one to the other. The performances I’ve seen there have all been dominated by a towering screen, often filled with fractals and other psychedelic accoutrements. The space can host an 800-capacity dancefloor, but tonight 500 seats had been laid out for us, allowing us to focus on the music far more easily than were we standing—and to better feel its impact on a physical level. For Gas’s music to work well live, the audience has to forget they’re in a room with other people. And, yes, there were times when the walls of the pitch-black venue started to shrink away, as if the forests of Voigt’s imagination had left the screen and started to take root right there in the building.

At the CJM, four artists take impressionistic measures of the late musician behind 'I'm Your Man.'
Read more
Music

The storied experimental group showed why its imprint has been so lasting, troubling imagery and all.
Read more
Sponsored link