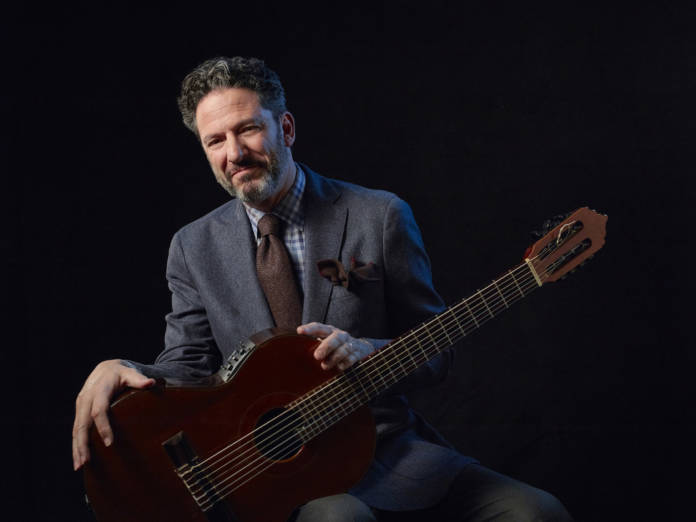 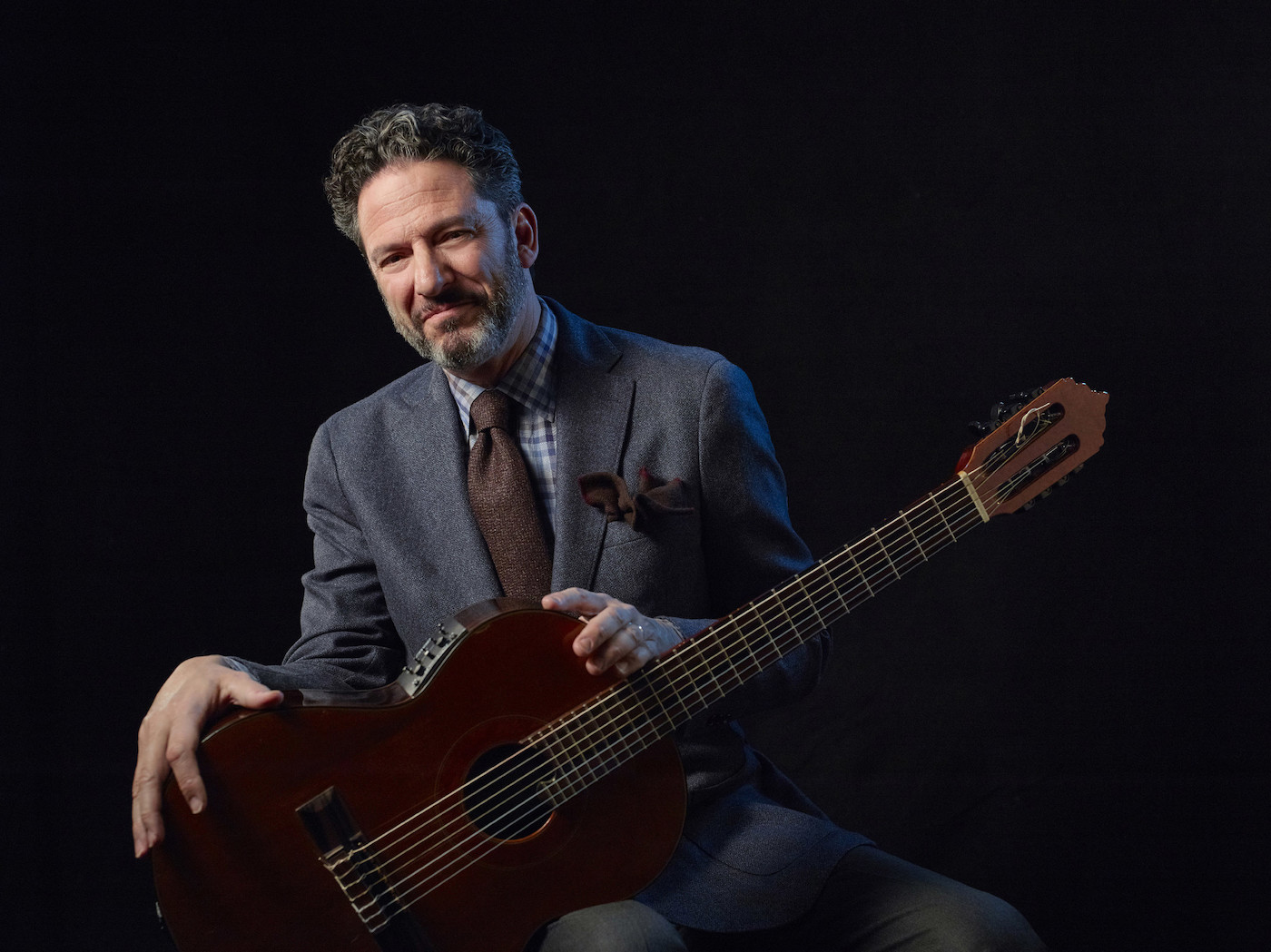 The jazz guitarist speaks about his connection to the velvet-voiced legend and new album, 'For Centennial Reasons'

ALL EARS As a young man, jazz guitarist and vocalist John Pizzarelli fell in love with the music of Nat “King” Cole.

“I bought some Cole records,” he told me in a phone interview from New York. “It was a snowing day in January, much like today. I listened and my head exploded.”

Nat Cole was a nationally known vocalist and pianist in the 1940s and ’50s. His fame lives on every Christmas when you inevitably hear him crooning the lyrics “chestnuts roasting on an open fire.”

But if you want to hear something far more sophisticated than that old chestnut, listen to Pizzarelli’s new album For Centennial Reasons: 100 Years Salute to Nat King Cole, a celebration of what would have been Cole’s 100th birthday. Pizzarelli performs Sun/3 at the Venetian Room.

Pizzarelli noted that Cole had a silky smooth delivery but could also really swing. Cole co-wrote his first big hit, “Straighten Up and Fly Right,” with Irving Mills in 1944.

The song portrays the struggle of a monkey who takes flight on the back of a buzzard. They’re both friends and enemies, carrying out a comic dialogue about why each shouldn’t trust the other.

The buzzard told the monkey, you’re choking me
Release your hold and I’ll set you free
The monkey looked the buzzard right dead in the eye and said
Your story’s touching, but it sounds like a lie

I noted that politicians love the song because it describes an evil, co-dependent relationship. One political observer wrote recently, “The Republican Party is the monkey and Donald Trump is the buzzard.”

Laughing, Pizzarelli wouldn’t offer an opinion on either Trump or the Republicans, but he did note how the lyrics from many jazz standards have entered our everyday speech.

“It’s amazing how songs like that find their way into the vernacular,” he said. He noted that “everyone knows the phrase ‘Nice work if you can get it.’ But how many know it came from a George Gershwin song?”

Three segregationists attacked Cole on stage in Birmingham. When he moved into the all-white Hancock Park area of Los Angeles, neighbors tried to force him out and even burned a cross on his lawn.

Pizzarelli remembers that popular singer Margaret Whiting told him that during a TV show rehearsal, she put an arm around Cole’s shoulder. Cole told Whiting, who was white, “Don’t do that during the show, or we will lose the South.”

Cole was never an outspoken civil rights advocate like jazz vocalist Abbey Lincoln or popular singer Harry Belafonte. But he was one of the first African Americans to have crossover appeal.

His recordings sold to millions of whites at a time when record corporations segregated black music as “race records.” He was the first black host of a national TV show.

“He was an amazing national figure,” said Pizzarelli. “I can’t believe what he went through.”

In many ways Nat Cole’s music is a perfect fit for Pizzarelli. During a career now spanning over 30 years, Pizzarelli is known for performing accessible, popular jazz. He often interprets the great American Song Book, but also performs the music of such popular contemporary composers as Paul McCartney and Joni Mitchell.

In Cole’s music, he’s found the right combination of melodic grace and African American rhythms. Pizzarelli even modeled his first trio after Cole’s.

A typical jazz trio features piano, bass and drums. The drummer keeps the beat and the pianist plays the melody. Cole dropped the drums and brought in a guitar. Pizzarelli duplicates that instrumentation in his current album.

“When I play in a band with drums, I can lay out [rest],” he explained. “The drums control the rhythm. Without the drums, the guitar plays that role.”

Pizzarelli plays rhythm guitar, a style in which the guitarist  constantly strums the strings to drive the beat, only occasionally changing chords for melodic effect.

“The guitar is the propulsion,” he said. That driving force is key to the foot tapping rhythms of several of the uptempo songs on the album such as “Nat King Cool” and “Route 66.”

But the constant strumming can really play havoc with your hands, according to numerous guitarists I’ve interviewed.

“Rhythm guitar is like running,” explained Pizzarelli. The guitarist has to begin with slow strumming, like a runner stretches.

“It’s like warming up with a trumpet. You build up a resistance to being tired.”

There is one area, in my opinion, that Pizzarelli can’t compete with Nat Cole: the voice. Cole delivered each note like velvet being laid down on satin sheets. Pizzarelli sings more like comfy wool flannel.

Don’t get me wrong. Pizzarelli can sing. He models his voice on Chet Baker, the 1950s trumpeter and vocalist with a soft and fragile delivery. Pizzarelli has a pleasant voice, but he’s no Nat Cole. But, then again, who is? Pizzarelli is a talented singer who interprets the standards with his own style.

While best known as a foreign correspondent, journalist Reese Erlich has written about jazz for more than 25 years. Listen online to his Jazz Perspectives podcasts.