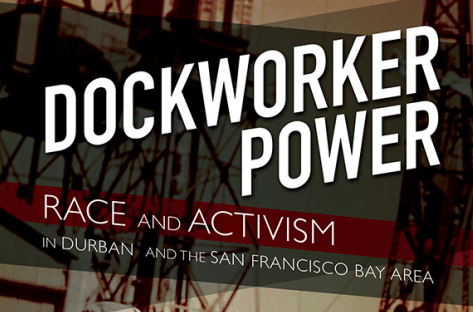 For those unfamiliar with the radical history of dockworkers leading the fight against economic and racial inequality for workers across color lines, Peter Cole’s book Dockworker Power: Race and Activism in Durban and the San Francisco Bay Area will be a revelation.

Who knew that longshoremen were at the forefront of the antiracist movement decades before labor supported civil rights by integrating, supporting and fighting for Black workers, despite Jim Crow? 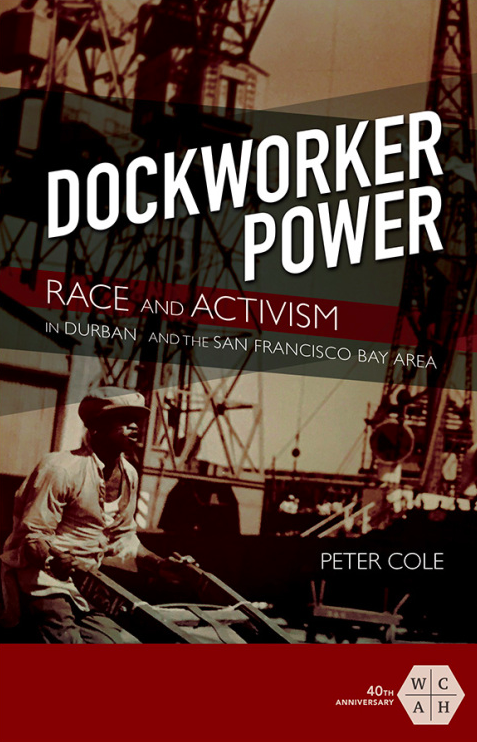 Who can imagine a predominately white trade union in the 1930s opening up its membership to Black workers to be both paid and treated as their equals, despite the shared beliefs among white workers in the US about how Black workers would steal the white man’s job?

And for those who do know about the progressive ILWU Local 10, this book also offers a comparative historical analysis on the relationship between Black dockworkers in Durban, South Africa and their similar, but also incredibly different, struggle with unions during apartheid.

Exploring the intersections of race, class and power, Cole’s book exemplifies the nuances of the often-forgotten history between the civil rights movement and labor. Rather than taking the easy way out and studying two distinct port cities in the US like the Bay Area juxtaposed with New York City, he instead explores the parallels of how dockworkers on two different sides of the world, stood together in solidarity during the most racist, anti-leftist, and pro- capitalist period of the 20thcentury.

Dockworker Powerweaves in and out of the histories of Durban and the San Francisco Bay Area, while illustrating the successes and set-backs longshoremen had in combatting systemic racism and oppressive governments that would openly pass laws that were meant to eradicate union leaders, in both a literal and figurative definition, if they fought for equitable work conditions for workers, despite their class and color.

Still, Cole doesn’t shy away from the imperfect realities of trying to organize the working class within a white supremacist, imperialist, and capitalist society. He makes it known that not every white dockworker was an ally and not every union member in both South Africa and the Bay had a moral obligation in dismantling discriminative work practices. He also focuses on how in the past, big labor like the AFL-CIO was often an obstacle for dockworkers when they refused to promote racial and economic equity within the collective labor movement.

But there are highlights on the shared goals between labor and the Black power movement, and a brief history on how the ILWU Local 10 made Martin Luther King an honorary longshoreman in 1967, months before his assassination. And the touching reflection on how longshoremen in the Bay Area shut down all their ports when Dr. King was killed, showcasing just how much the dockworkers regarded King as one of their own.

And once Dockworkers takes you through the tumultuous history of labor and race in South Africa and the US it then examines how technological advances have affected the longshoremen workforce and their membership, and what this means for the present-day working class and the radical leftist movement as a whole.

I was able to attend Peter Cole’s presentation onDockworkersat San Francisco State University and we spoke briefly about his thoughts on the present-day labor movement.

He said, “we are in the midst of a resurgence of worker power” and with the return of the strike, “workers’ are inspired by other workers actions and its creating momentum. But will that momentum keep?” He also noted that with Trump being elected, student debt loans piling up and economic security, people are looking to organize.

Dockworkers is worth the read. It’s riveting and distinguishes itself from the mainstream labor and civil rights history we have come to know. And with strikes occurring left and right from Oakland to West Virginia, it is imperative to learn about the unionist, particularly the dockworkers, who paved the way for a more inclusive, radical and progressive labor movement.