48 hillsIndependent San Francisco News + Culture
Arts + Culture Nightlife The Stud closes its location—to save itself for the...
Arts + CultureCultureNightlife

No, we're not dead. We've made the choice to become nimble and mobile in an uncertain moment that could last years. 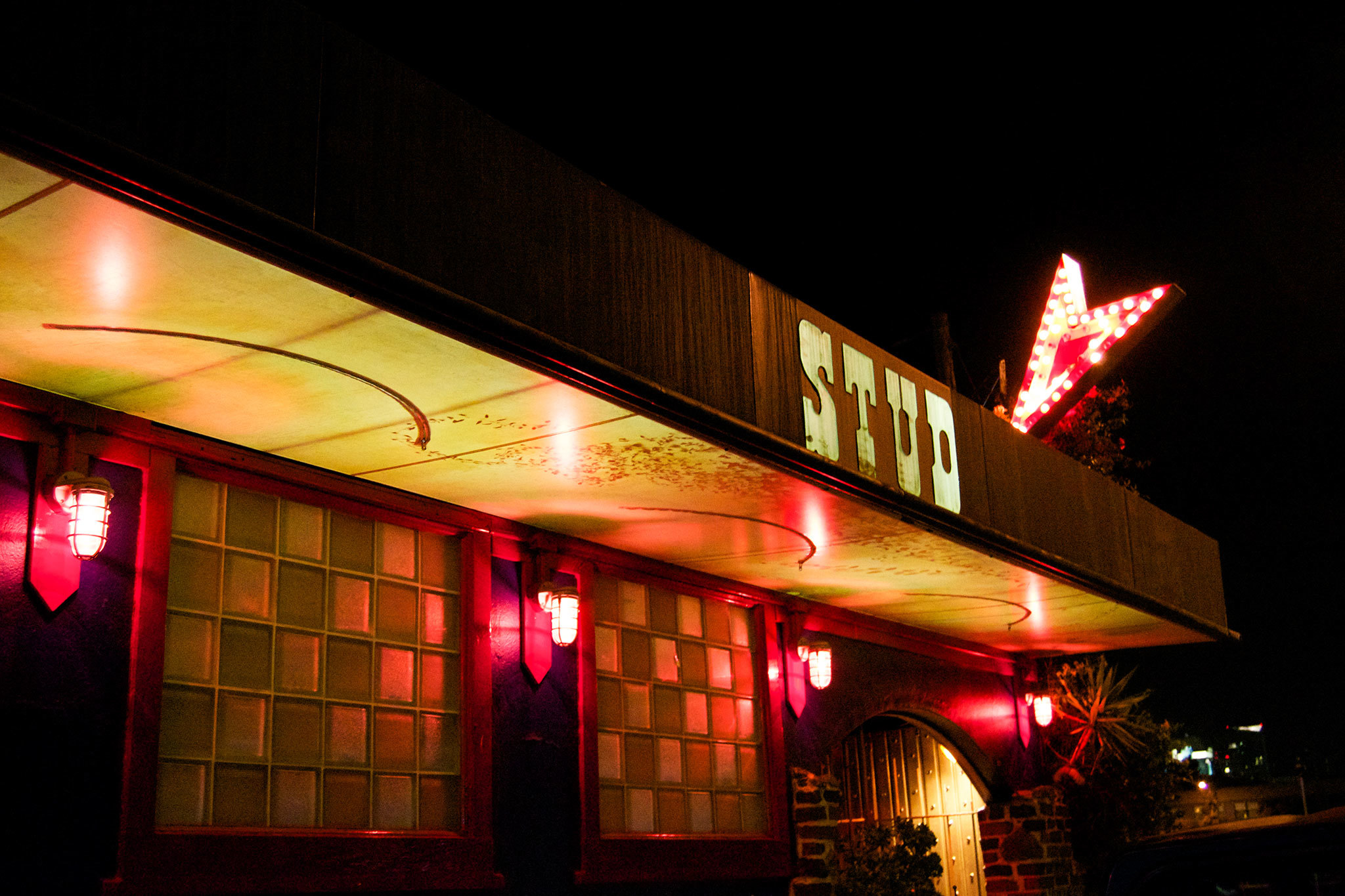 Tomorrow at a 2pm press conference, the official announcement goes out that the Stud, the oldest gay bar in San Francisco, operating since 1966, will close its location of 33 years.

As a member of the Stud Collective, a wonderful group of 17 friends that purchased the Stud in 2016, in order to save it after a huge rent hike, I am weeping for that beautiful, scrappy space—its gold and red velvet-and sequined curtains parting for kooky drag shows, its graffiti-laden bathroom stalls, its very naughty green room, its dance floor packed with gorgeous creatures from all walks—which was such a vibrant and essential part of the community.

Here’s the thing, though: The Stud, the nightlife entity, is not dead. We’re still going to come back when this is over—a different space with the same lovingly outrageous vibe.

But for now, what else can we do? Like other bars and businesses, we must still keep paying rent indefinitely while being unable to bring in revenue. Loans and grants pretty much go directly to landlords and utilities, who are the true government-subsidized businesses here, in an arduous, arcane process that looks more and more like a bizarre money-laundering scheme.

Even if we could participate in cocktails-to-go and delivery (we have no kitchen so we can’t), it would hardly make a dent in our bills. Slowly, the city and the ABC are instituting things like outdoor liquor sales and service (for which we could pair with a food truck), but effective social distancing and limited outdoor space still would not pencil out to enough. We’re still wondering how people would even drink with masks! And operating at 25%-50% capacity, possibly for years, won’t cut it either. Many small bars in the city might be doomed before this is over, alas. It’s a desperate situation.

So: We want to keep our community safe, while also preserving the Stud for future generations. Without any rent breaks/suspension or more direct financial support, small business like ours are faced with a tough choice: Close our doors now, get nimble, and try to move forward? Or keep losing money and hope this blows over before we owe hundreds of thousands of dollars?

Ever-flexible, we decided for the nimble option. Our lease was up at the end of the year, anyway, so something like this was coming. Luckily, we’ve built an amazing online presence with our weekly Drag Alive show, and soon we’ll be a full-fledged virtual club, broadcasting an entire slate of our parties online. While it’s still not nearly enough, our beloved performers, DJs, and even bar staff (serving “virtual shots”) are earning tips and staying working.

Alongside our recent Patreon account, we’ve launched a new GoFundMe to help us though this transition. Members of the Stud Collective have been doing incredible work holding everything together and moving us forward, and your generous donation will ensure our next steps are a success.

We’ll also be holding a “drag funeral” to honor the space and share memories on May 31 at 6pm, stay tuned to www.studsf.com for more information.

By closing the doors on our location—a place that holds memories for almost the entire city, and which survived both the AIDS and app years, as well as two tech booms and two economic busts, all with wigs a-flyin’—we’re able to survive another day, in a new Stud incarnation. Mobile Stud parties, pop-ups, appearances, and more are being investigated. Who doesn’t want the Stud serving liquor and looks at their socially distanced lesbian wedding or drag quinceanera?

And after this is all over, a new permanent location, to help rebuild the city’s shattered nightlife scene—and continue the Stud’s rough-and-tumble legacy the only way we know how: with shots up and heels high.

PHOTOS: For Transgender Day of Remembrance, lighting candles and honoring those lost

Dozens gathered outside City Hall to mourn the loss of trans lives to violence—and continue the fight for equality.
Read more
Best of the Bay

Best of the Bay 2020 Readers’ Stories of Resilience and Inspiration

We asked our readers for stories of Bay Area strength and celebration—your responses gave us hope for the new year.
Read more
Elections

Street parties nationwide and in the castro... and chants of 'Oakland in the White House'
Read more
Arts Forecast

Bill would criminalize pot smoking for a large part of the city's population.
Read more
Music

Out of the Crate: Deluxe reissues offer fond looks back