Amid chants of "Black Trans Lives Matter" and "Defund the Police," a demonstration honoring a historic uprising

Honoring the historic Compton’s Cafeteria Riot, the trans and sex worker uprising against police which helped launch the contemporary LGBTQ rights movement—and in the wake of both a momentous Supreme Court decision affirming LGBTQ employment protections and an enormous Black Trans Lives Matter march in Brooklyn—the streets of the Tenderloin were filled Thu/18 with demonstrators at the Courthouse 2 Compton’s march.

The evening started with a gathering at the federal courthouse where speakers entreated the growing crowd to stand up for Black trans lives and against the police and carceral system, then swelled into a raucous march to the historic site of Compton’s Cafeteria at Turk and Taylor. The demands laid out were: “Liberate the Compton’s Cafeteria Site, currently occupied by GEO Group, the world’s largest private prison corporation. Defund the San Francisco Police Department and re-allocate funds to provide low-income housing in the Compton’s Cafeteria site for formerly incarcerated trans people, with priority to BIPOC.”

The names of recently slain Black and trans people like Tony McDade, Breonna Taylor, Domonique Fells, and others were chanted. Speakers rode atop the BAAAHS bus and demonstrators marched along the St. James Infirmary van festooned with a banner reading “Outlaw Poverty Not Prostitutes.” The march was organized by The Transgender Cultural District, Counterpulse, The Stud, Tenderloin Museum, Matt Haney, and others.

Below are photos of the march taken by Gareth Gooch, www.PhotosbyGooch.com. 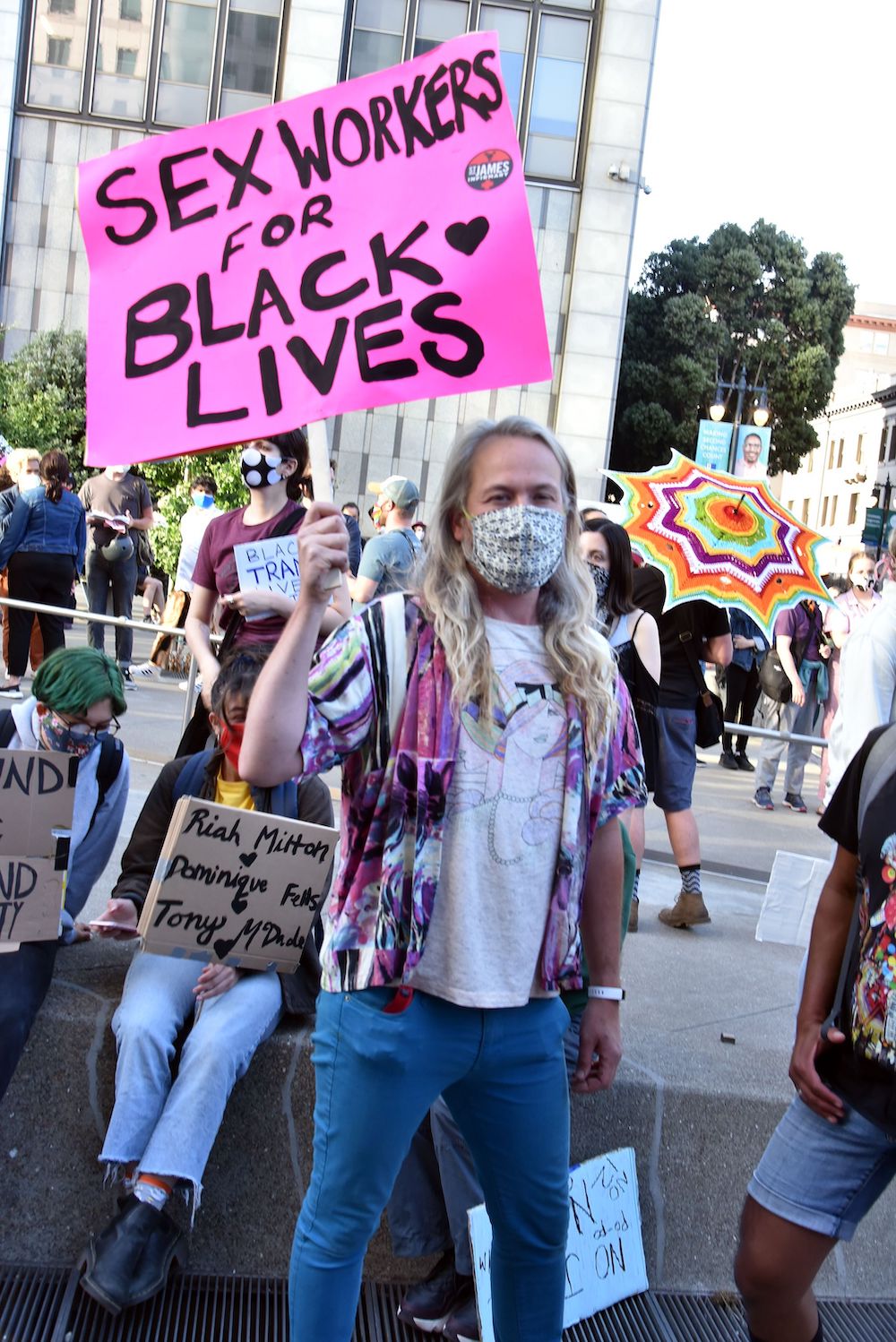 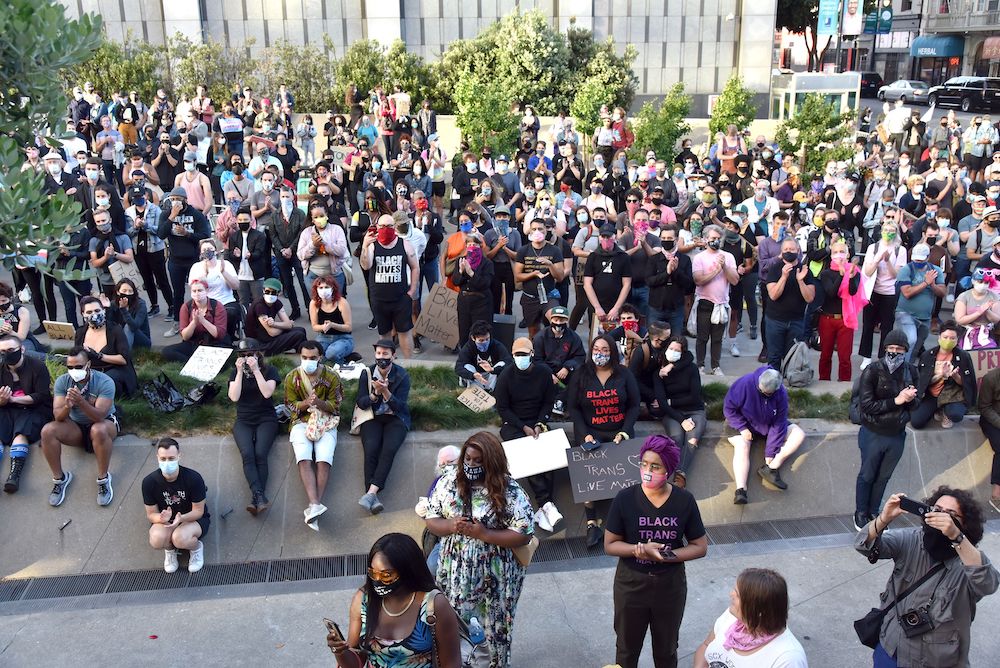 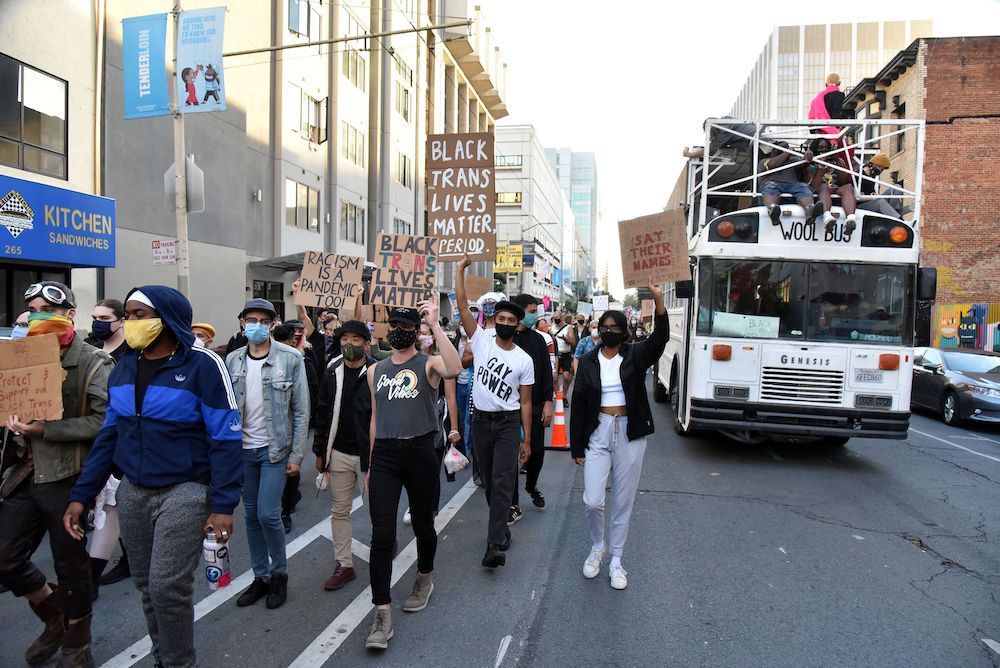 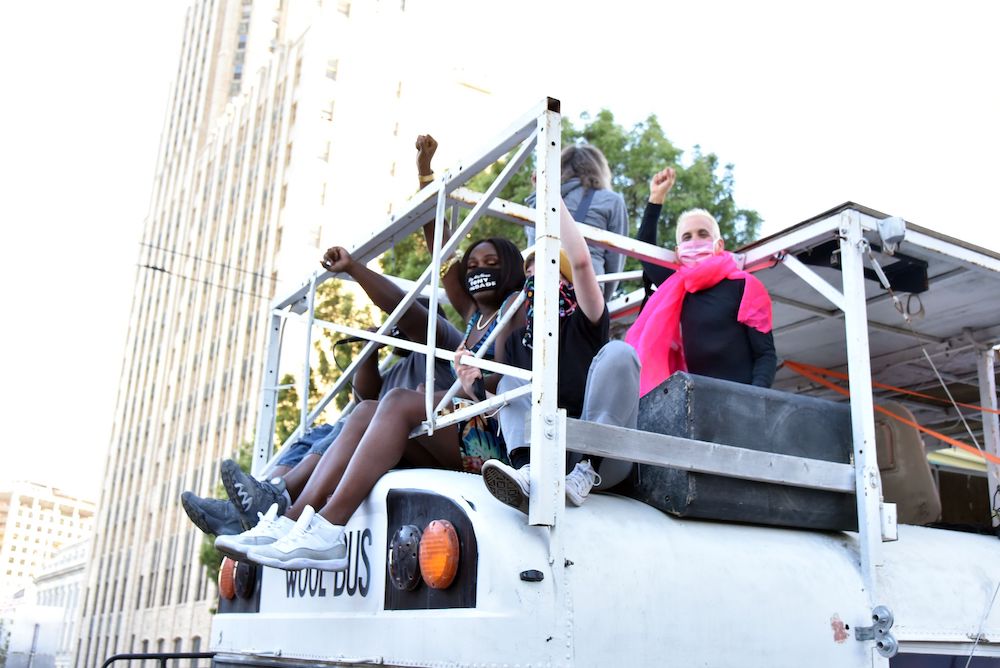 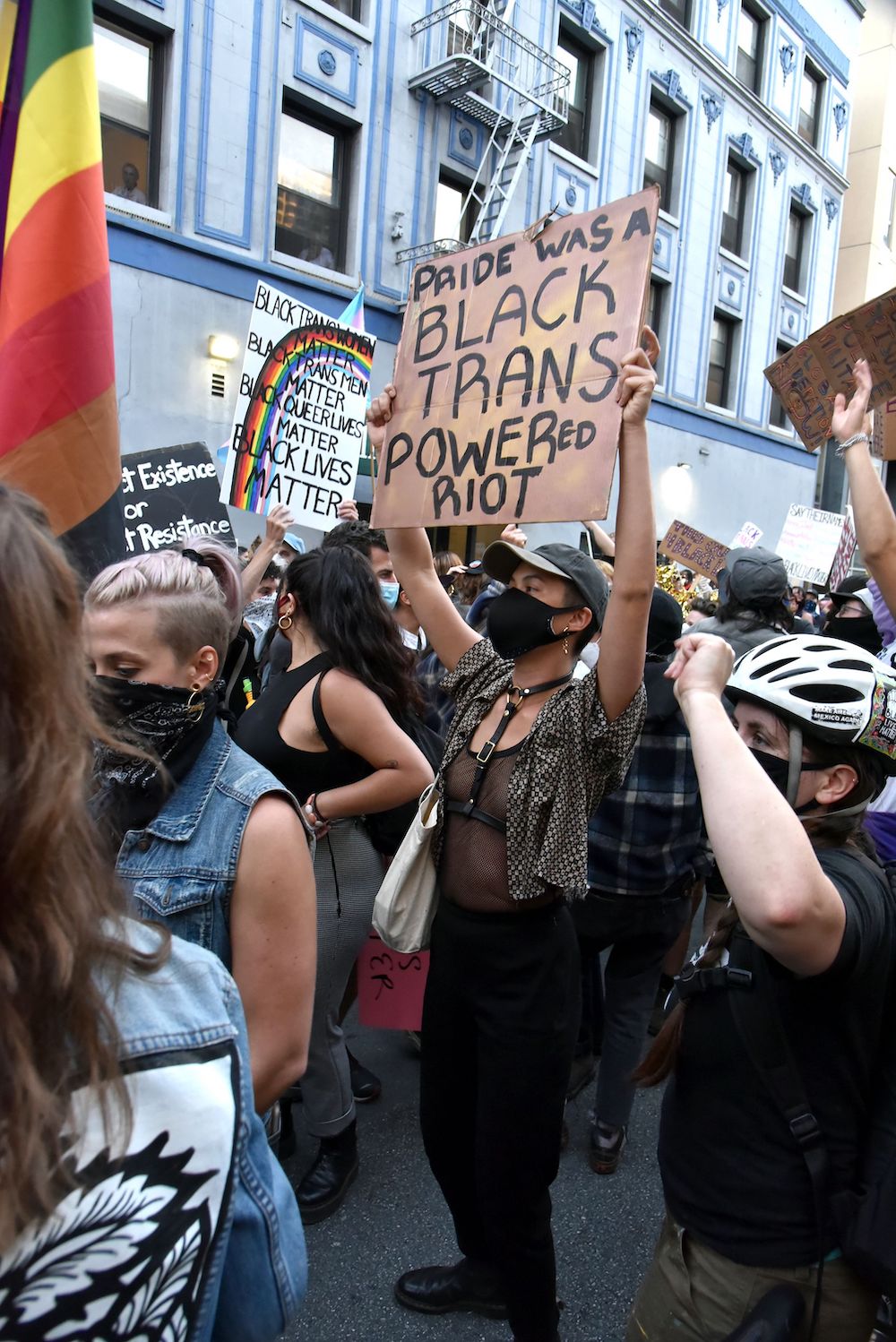 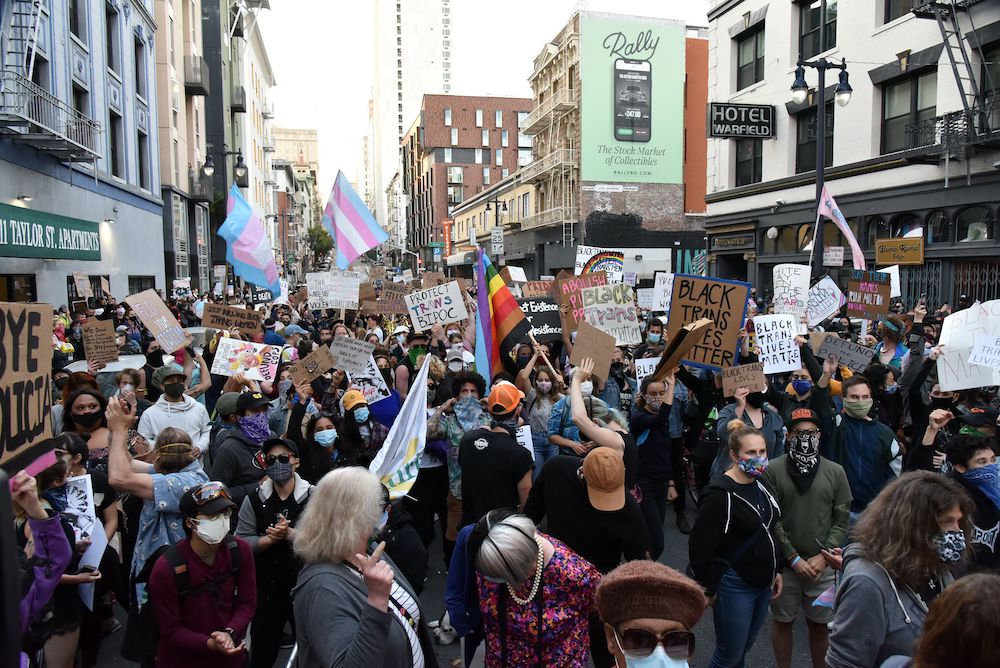 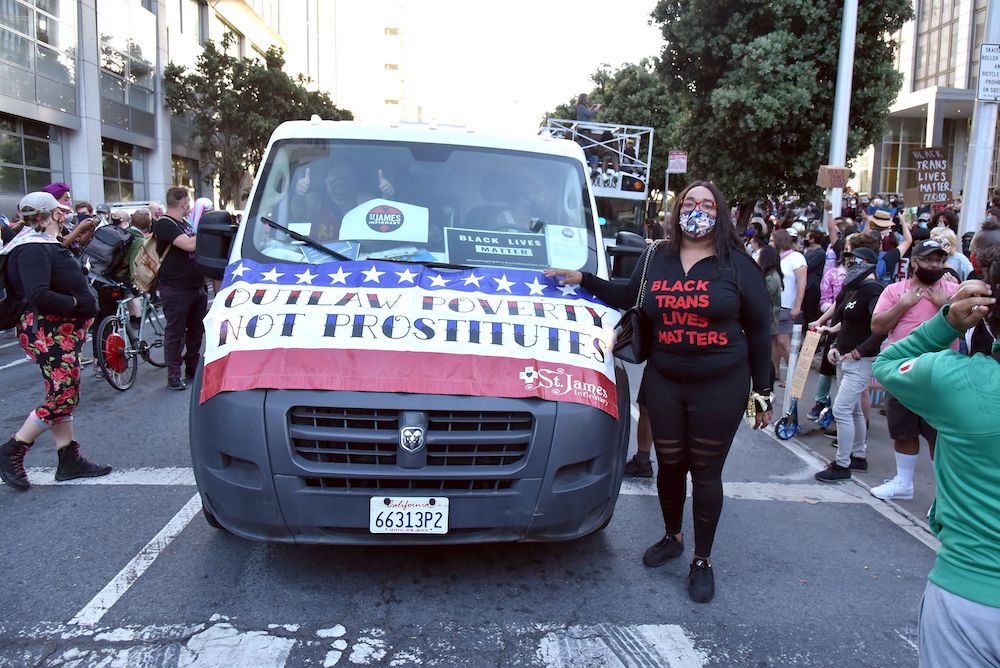 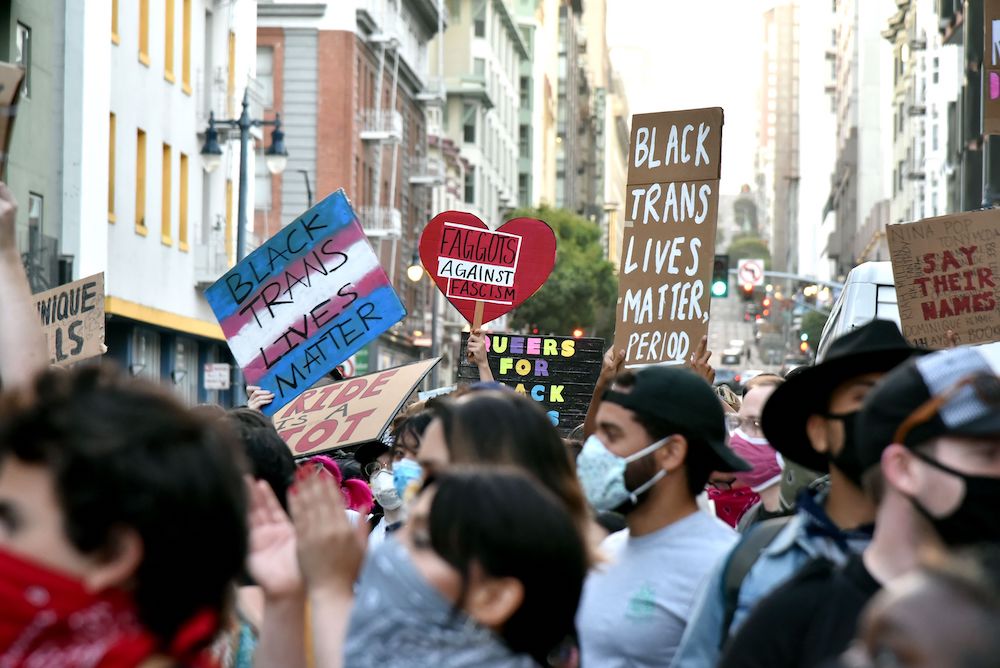 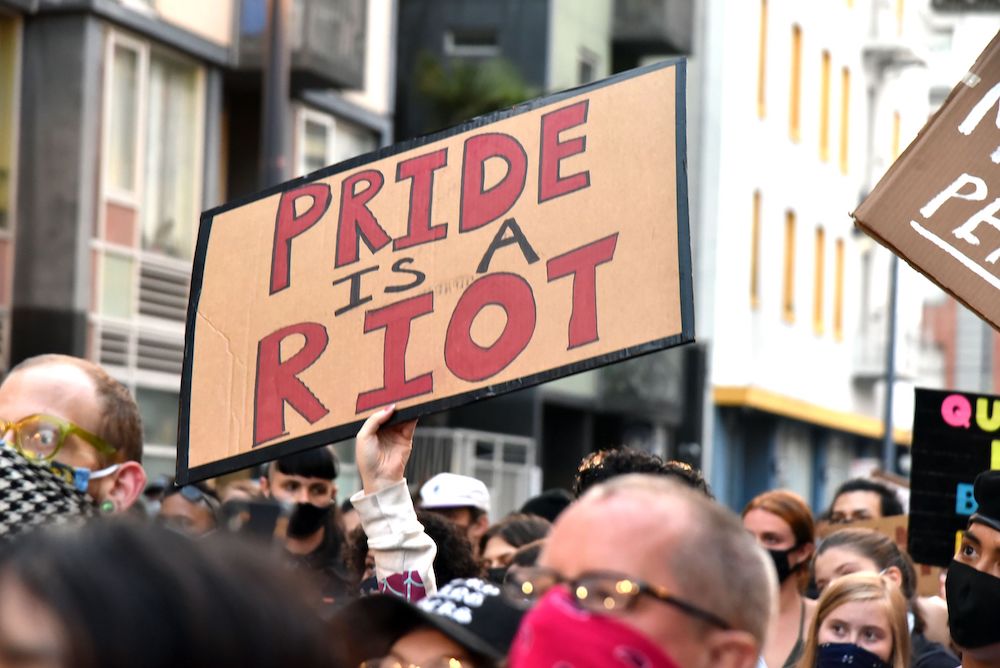 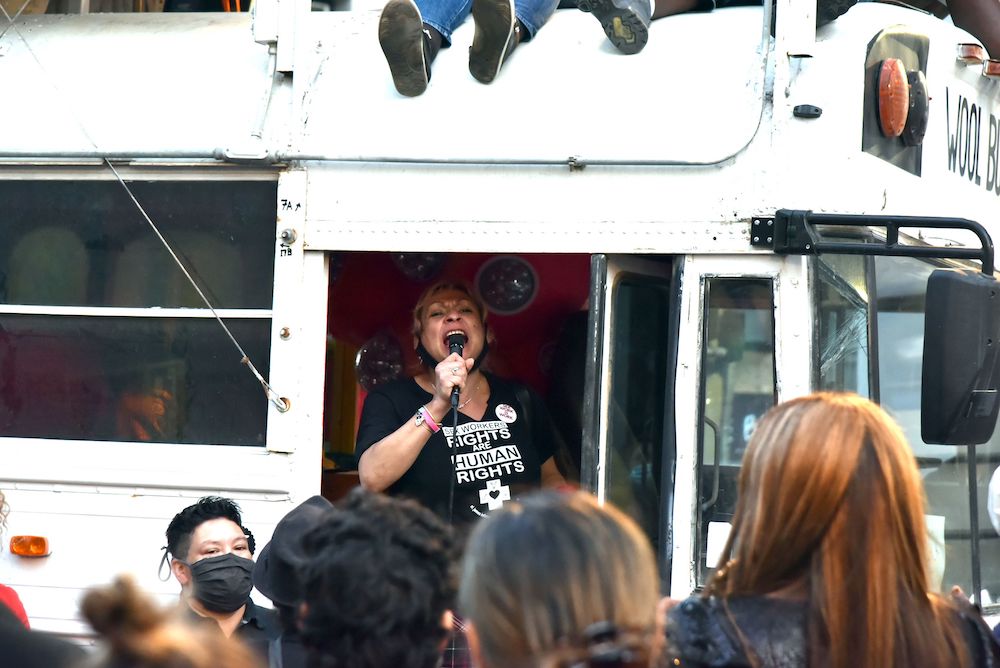