The mass shooting at Orlando’s Pulse nightclub four years ago took 49 lives and still leaves a deep scar on the LGBTQ and Latino communities. Injury was added to injury on Friday as the Trump Administration chose the massacre’s anniversary, during Pride Month, to reverse healthcare protections for transgender people that guaranteed nondiscrimination under the Affordable Health Care Act. (This as the surge of violence against Black trans women continues—Dominque Fells and Riah Milton were both killed last week.)

But the community rose resiliently to honor Pulse victims at a special memorial in the Castro organized by local Latino and queer organizations. Indigenous dancers, speakers, special ceremonies, and taking the knee launched a weekend of resistance around the country, transforming the grief of Pulse into a resounding call that Black Trans Lives Matter. [UPDATE The Supreme Court ruled Monday morning that people could not be fired for being LGBTQ, with Trump appointees Neil Gorsuch writing the majority opinion and John Roberts signing on, so that is something.]

Below are photos of the memorial taken by Gareth Gooch, www.PhotosbyGooch.com. 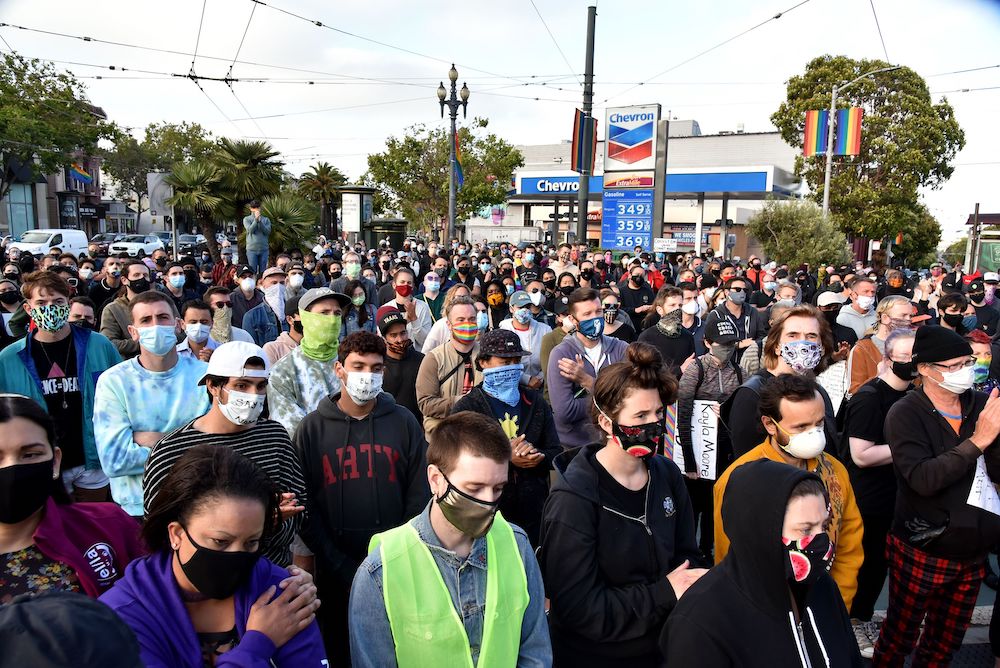 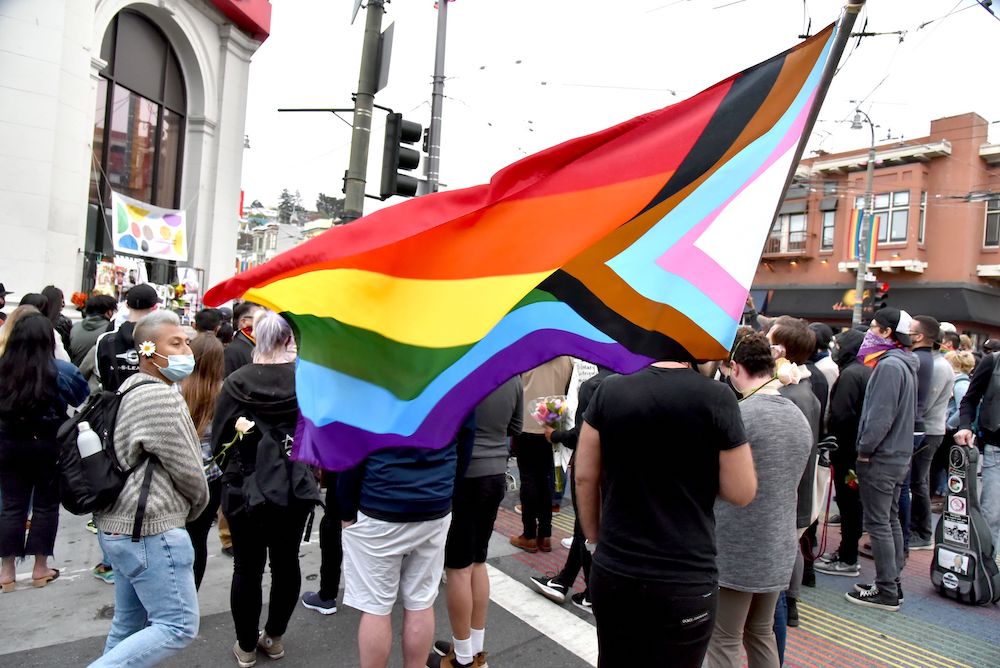 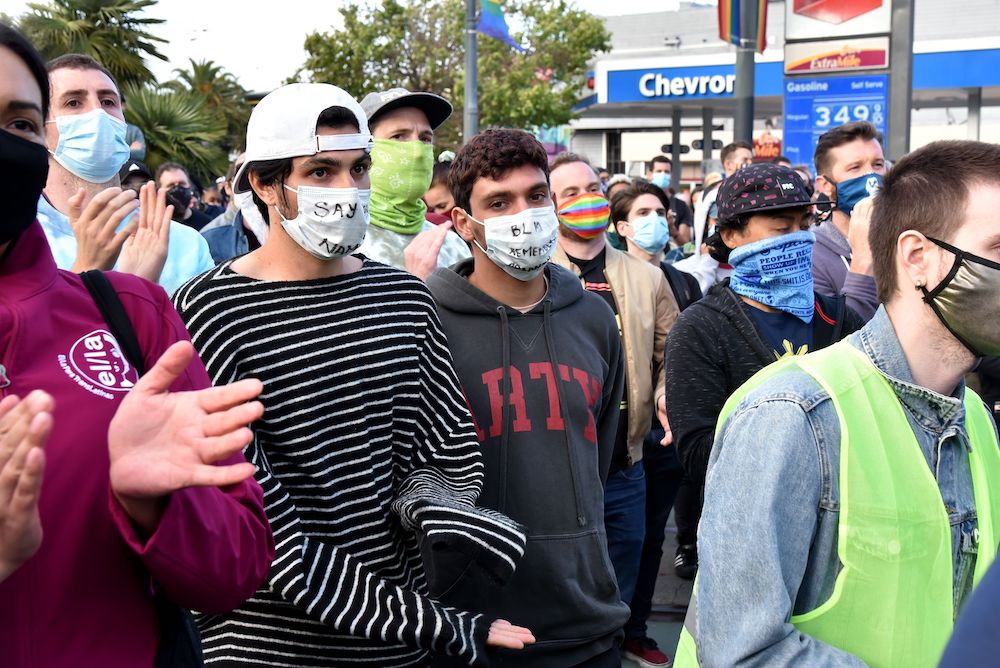 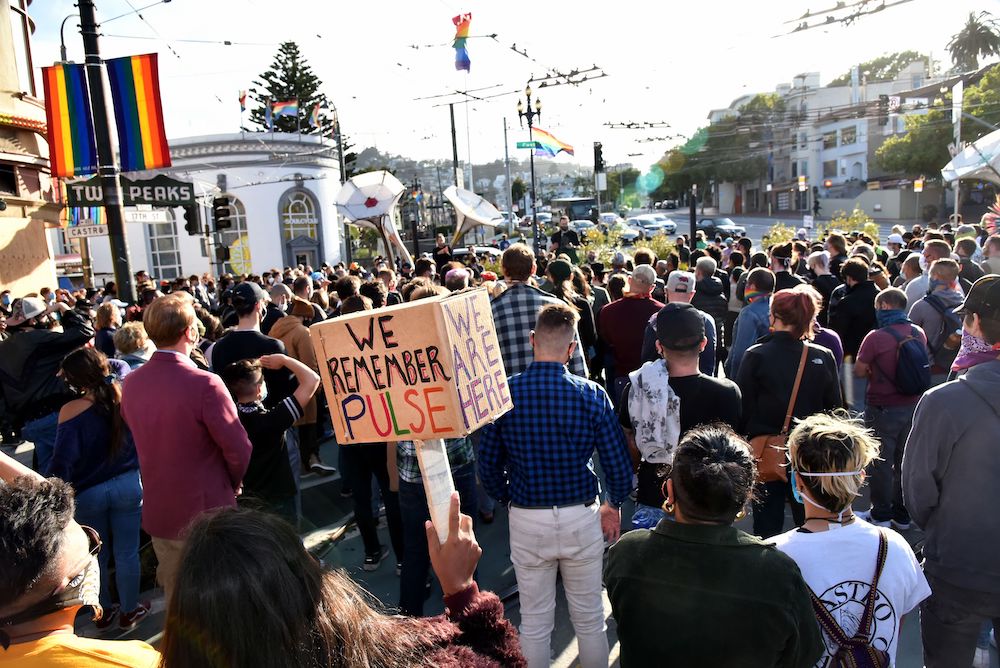 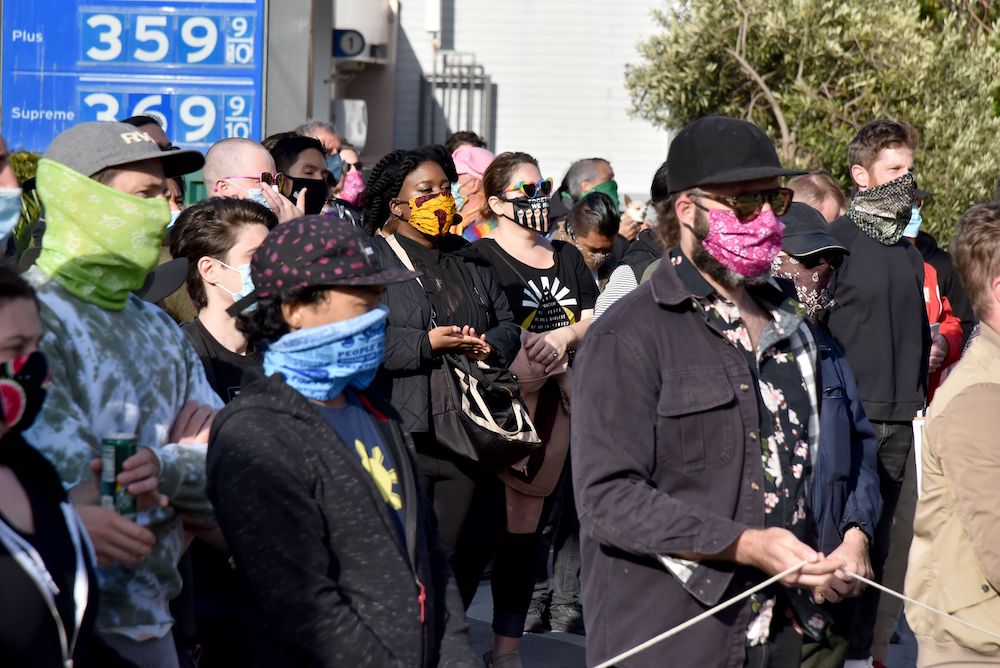 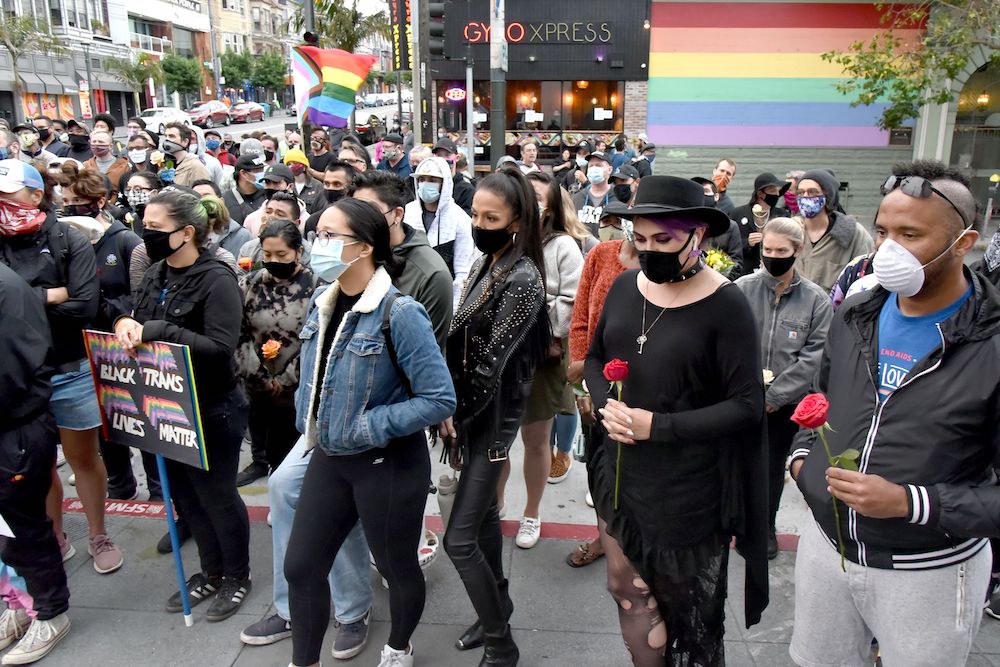 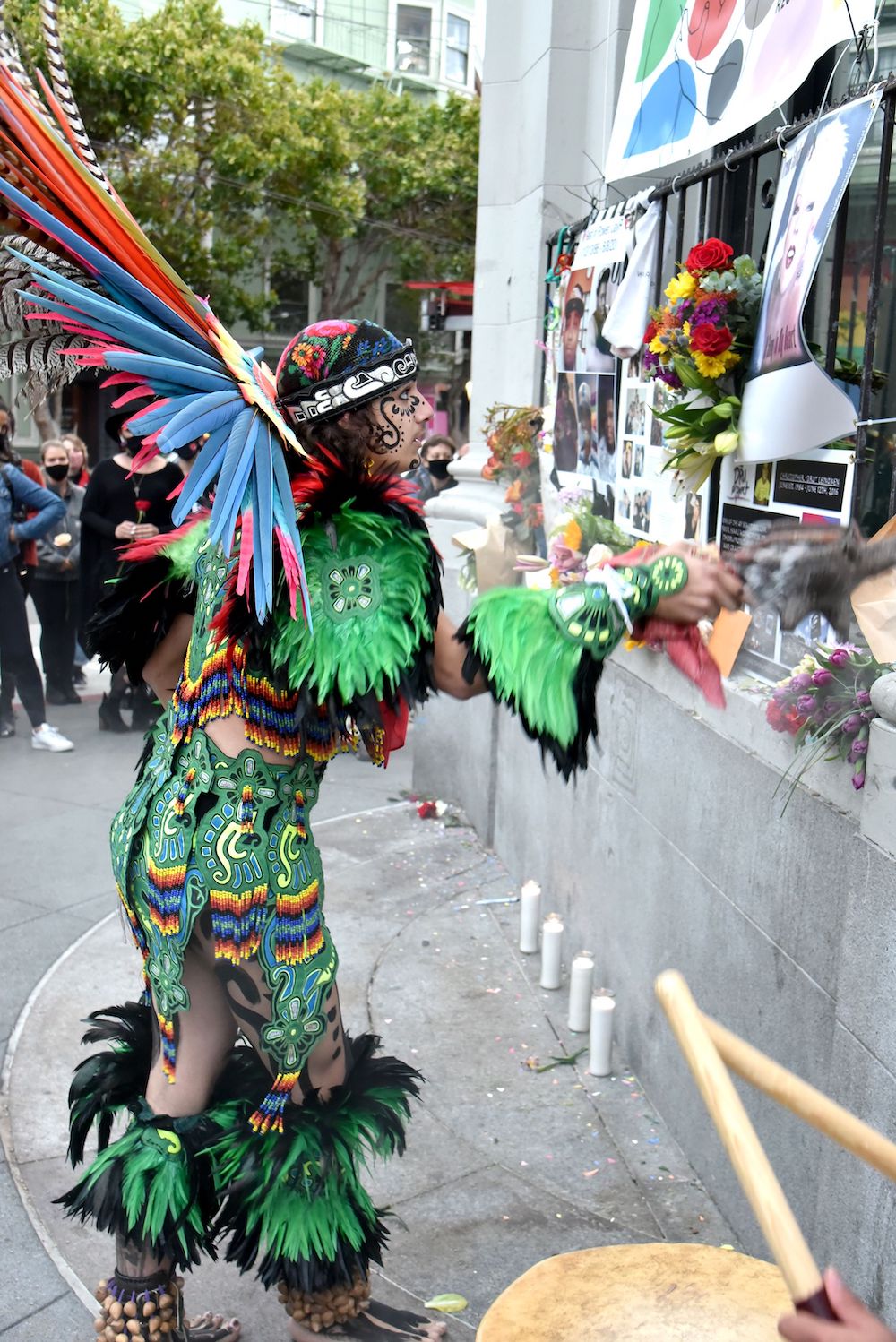 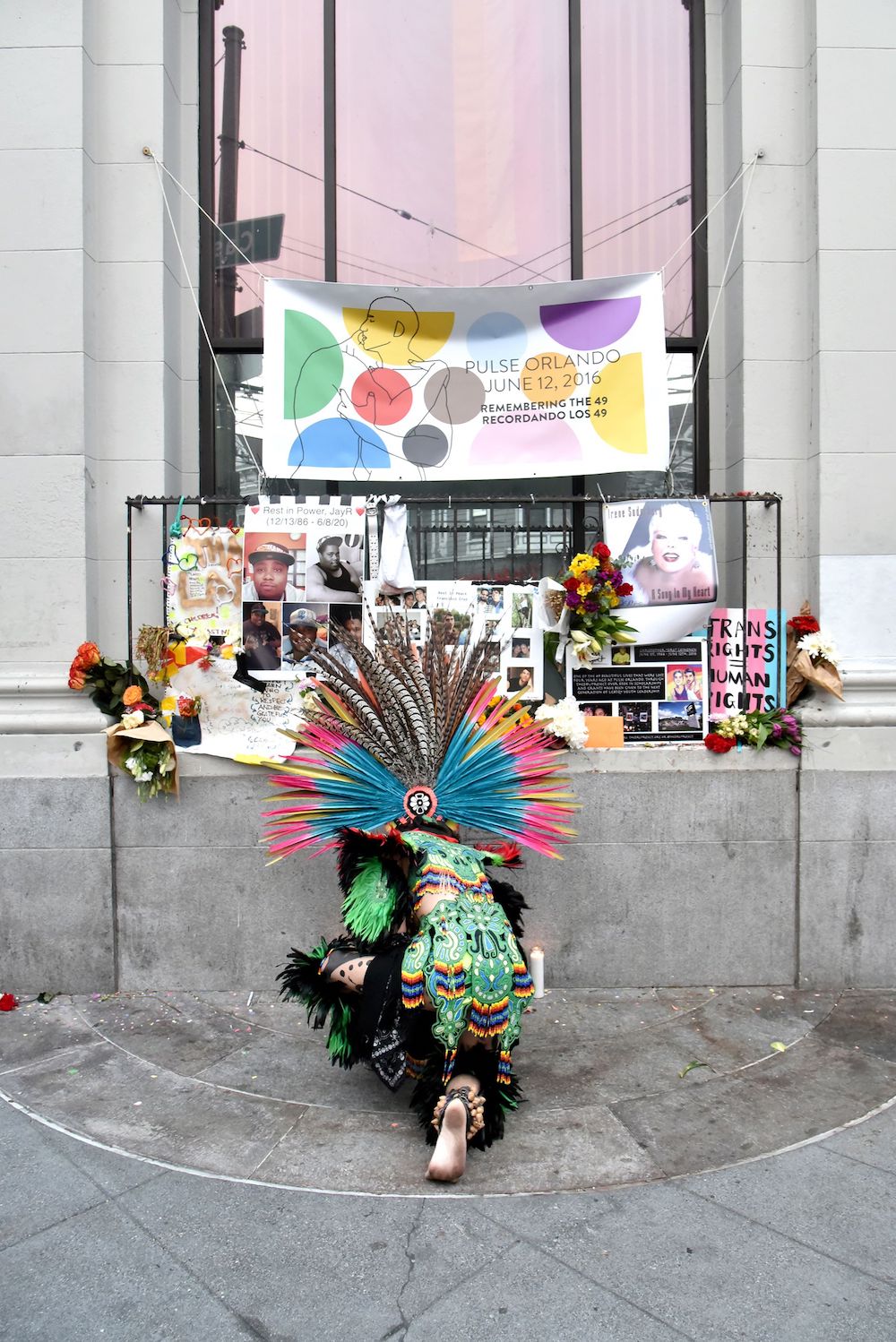 Here is a stream of the memorial: