ALL EARS Somebody may have built this city on rock and/or roll, but this weekend the wonderfully sprawling Megapolis Audio Festival plans to stretch its borders into truly mind-expanding territory, with a lineup that includes everything from block parties, experimental sound installations, potluck dinners, and wild afterparties to truly creative demonstrations of cutting edge technology and live performances from the likes of rapper Doseone, beloved sound collagists Matmos + Kevin Blechdom, soul powerhouse Fantastic Negrito, violinist Mia Zabelka, hypnotic ensemble Gamelan X, and more.

“We put a call out to basically anybody who had a good idea,” Managing Director Justin Grotelueschen told me. “We wanted to see what the Bay Area would come up with — and, as expected in a place as creative as this in terms of music and technology, things blew up from there.” Grotelueschen, along with creative director Nick van der Kolk and a team of  10 set to work trying to include as much as they could in the fest.

That means the opportunity to experience dozens of local musicians, engineers, scientists, inventors, and artists pushing the boundaries of sonic possibilities (and charming you with sweet performances). Experience an encephalophone that makes music from your brain waves! Make your own perpetual sound machine! Take an “unsettling audio walk” through the Omni Commons! Or just dance and eat a bunch of food at a really cool block party.

Megapolis is a traveling festival that’s already hit Boston (2009), Baltimore (2010), and New York (2013), and draws on some perhaps unexpected sources.

“We were really influenced by festivals being put on by public radio,” Justin told me. “The Radio without Boundaries festival in Toronto was a big influence, as well as the Third Coast festival and the Conflux Psychogeography festival. There was this interest in sound engineering combined with musical performance that really inspired us to do this.

“The reason we called it Megapolis was because we started out in Boston, and if you’re an artist on the East Coast, you know that Boston, Baltimore, New York are all on the Eastern Corridor continuum, part of this huge metropolis — the Northeast Megalopolis — that you’re probably constantly traveling up and down for performances and projects. We wanted to plot that geography in a sonic sense, making it one big corridor of ideas and exchange.

“We also wanted to get people from out of town to see what was going on in other cities.And now we’re coming to the Bay Area — [creative director] Nick is actually from here — because we wonder if something like that could  happen with a ‘Western Corridor.’ But mostly we just wanted to see all the great stuff going on out here. Which turned out to be a lot! ” 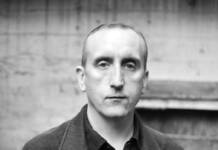 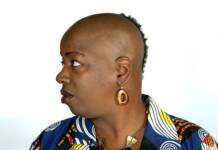 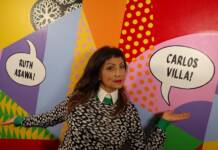 Out of the crate: 6 vinyl re-issues that are pretty damn dope