The Harvey Milk LGBT Club voted narrowly this week to oppose the tobacco-industry-funded vaping initiative, Prop. C, after a process that has led some club members to call for more transparency for corporate lobbyists who are also members.

The vote came after organizing efforts from both sides, and as is often the case, some last-minute memberships, mostly from the Yes on C camp.

Yes on C is almost entirely funded by the vaping-device manufacturer Juul, which is now partly owned by Altria, one of the largest tobacco companies in the world.

The measure would overturn a ban on the sale of vaping products in San Francisco, which as passed unanimously by the Board of Supervisors.

Juul is spending millions on literature, TV ads, consultants, and lobbyists and made a pitch to the Milk Club that reflected the company’s strategy for seeking progressive support.

The argument: Banning adult use of any drug is always a failure. The campaign talks about “prohibition” and says that regulation is a better approach. Juul also talks about the harm-reduction value of allowing adult smokers to switch from cigarettes to vaping, which might be less dangerous.

But Juul from the start marketed its products to kids, with flavored tobacco that no adult smoker was going to want. High-school students are now vaping (and getting addicted to nicotine) at alarming levels– and many of them go on to smoke traditional cigarettes.

Lee Hepner, correspondent for the Milk Club Executive Board, noted on Facebook:

It would be an understatement to say I’m disappointed by the level of infiltration by Big Tobacco and the cynically-named Campaign for Responsible Vaping at the Harvey Milk LGBTQ Democratic Club. If you were at yesterday’s PAC recommendation process, you’d have seen at least 6 paid lobbyists and campaign reps on hand for almost the entire 6.5 hour deliberations. Another half dozen folks had been planted by the campaign to influence the discussion, some of whom I’d never seen before at a Milk Club meeting. We’re talking about a 15 vote threshold for the PAC’s recommendation!

On a substantive level, I don’t believe that allowing Juul and Altria to write public health regulations concerning nicotine vapor products – and allowing them to spend tens of millions of dollars to spread misinformation to voters in order to pass them – is the right way to set public health policy in this city. I don’t believe the harm reduction arguments are genuine when the ratio of children getting started on nicotine products to adults using them to get off cigarettes is 80:1. I certainly don’t believe the Juul rep who said they’ve never targeted children, while simultaneously admitting that their past advertisements explicitly targeted the youth demographic.

One of the Milk E-Board members, MacKenzie Ewing, is on the paid staff for the Prop. C campaign, records at the SF Ethics Commission show.

Hepner told me that “some longtime club members are being paid by Juul.” Nate Allbee, who helped consult on campaigns for both David Campos and Hillary Ronen, received what appears to be a monthly stipend of $15,000 ]from Juul, Ethics documents show.

The vote was 92 no and 46 yes — just above the 60 percent threshold for an endorsement.

I called Allbee for comment on the Milk Club endorsement, and he hasn’t gotten back to me.

It’s a bit tricky on one level: “We encourage club members to get involved in campaigns,” Hepner told me. It’s a long club tradition, and some of the most progressive leaders in the city got their start working as Milk Club members on political campaigns.

It’s also not uncommon for political campaigns to seek to “pack” club endorsements by getting people to sign up as members just before the critical meeting.

“The distinct factor in this case is that the funding for this campaign comes entirely from Big Tobacco,” Hepner said. “That threat to the club warranted organizing around.”

Gabriel Haaland, a longtime club member, said he’s proposing new bylaws that would increase transparency around endorsements. He suggests that nobody who is paid by a corporate client should be allowed to serve on the Milk E-Board; that anyone involved in the club’s endorsements process who is paid by a client should have to disclose that fact – and that paying someone to vote or being paid by someone to vote a certain way would be grounds to revoke club membership.

“These should be bylaws for every democratic club, and the Democratic County Central Committee,” Haaland told me.

Hepner said that generally he supports Haaland’s approach. “Something like that needs to happen,” he said. “Sunshine on dark money is always a good policy.”

Kevin Bard, the Milk Club president, told me he’s been thinking about bylaws reform for some time now. “We could ban third-party payments for memberships,” he said. In the past, parties with an interest in the outcome of a vote have bought memberships for others; “this is how the club gets stacked.”

He said he thinks much of what Haaland is proposing “is reasonable.”

“We have to do something about this down the line,” Bard said. “It’s going to be a bit topic of discussion in upcoming meetings.” 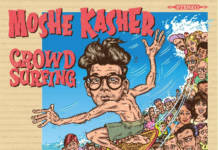