Pour it on for new releases and collabs, a dim sum pair-up, a rap royalty tribute, and even—gasp!—great gluten-free beer 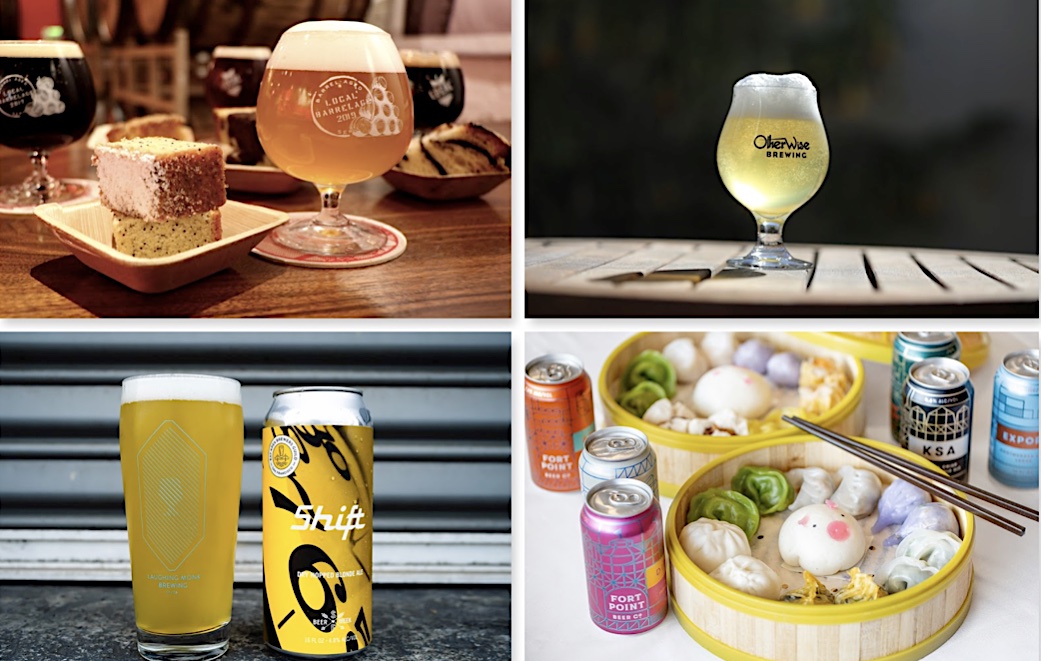 Go ahead and file the in-person SF Beer Week 2021 under yet another casualty of the pandemic. It’s a bummer that we’ll be without the collection of over 1000 events that Bay Area breweries so diligently put on every year, but there’s hope.

The SF Brewers Guild is a big part of the statewide California Craft Beer Week and there’s a sizable slate of digital events, beer boxes (before you ask, you already missed the boat on Pliny the Younger shipments. Sorry, chum … but keep reading!), and just flat out great local beer. I don’t know about you, but supporting our local breweries has brought me the best kind of joy during quarantine and Bay Area beermongers have stayed hard at work. With that, here’s a slate of beers and events to keep your mind and body stimulated into this final weekend of California Craft Beer Week. Cheers!

You gotta hand it to people who are opening new businesses right now and dammit I respect that hustle so much. Enter Otherwise Brewing, SF’s first fully gluten-free brewery, which is making “Beer Beyond Barley” in Hunter’s Point, and just launched its first beer this week. It’s the brainchild of classical music composer-homebrewer Aaron Gervais and local beer maven Stellar Cassidy. You’ve probably seen Stellar lighting up every bartop she’s pouring behind, whether it’s at City Beer Store in SOMA or Church Key in North Beach. The freshly canned “Calrose Crisp” is a pale rice lager, made with our state’s famous Calrose sushi rice. It has toasty aromatics and as its name suggests, is very, very crisp. Otherwise brews out of the Speakeasy Brewing facility, and you can pick up fresh Calrose Crisp there, or as part of a Gluten Free Pack of beers from City Beer Store. Peep the constantly updated availability map on the Otherwise website and keep a lookout for upcoming GF Hazy IPA and GF Pale Ale from Otherwise. Woop!

You might not recognize the Bluxome St stretch right off of 5th Street anymore these days because the gargantuan SF Tennis facility has been completely razed! I felt like I was in another dimension of San Francisco altogether when I rode my bike by there yesterday. Lucky for us though, Local Brewing Co’s outdoor patio is very much still standing at their 69 Bluxome St location and brewmaster Regan Long has made some of my very favorite beers throughout this pandemic-riddled year. Like the crushable “Cold Company” Pale Ale and the Passionfruit vibes of the “Galactic Strata” Hazy Double IPA.

But wait, there’s more! That’s right, Local has two new Craft Beer Week releases in the “Farm to Local” Double Dry-Hopped Hazy collab with San Rafael’s Pond Farm Brewing (I had two of these yesterday. Fire!) and for that next level turn-up, the 8.5% DDH “Fog Mode” Hazy Double IPA, a collab with SF rapper Dregs One. It’s named after Dregs One’s track of the same name with SF rap royalty Andre Nickatina (peep it here ya square!). And if you want to go all out this Saturday, Local is doing their yearly “Tartine Teacakes” beer pairing event at the safely socially distant patio. Early seating is sold out, but get on that 4:30pm jawn here for $40!

Ok COVID, you can largely take away my SF Beer Week, but you WILL NOT take away my hometown brewery’s ability to stay creative and provide the same or similar offerings that they would have in a state of normalcy! (I didn’t lose you did I? Ok good.) Shout out to Fort Point and Richmond’s Hong Kong Lounge for keeping alive their yearly Dim Sum Brunch, this year, delivered right to your door. This Saturday, a $55 ticket gets you a 13-piece dim sum platter (both meat and veg options!) with goodies like purple yam & shrimp, wood ear, and curry beef dumplings among others and a mixed 6-pack of Fort Point beers. The Dipper is as easy-drinking of a DIPA as you’ll find and the Sfizio Pilsner has been a light beer staple in our fridge. Register by Friday at noon here and select your delivery times from there!

The Official SF Beer Week Collab Beers are BACK! Plus the “Offerings” life hack.

We are very freaking resilient here in the Bay and the same spirit of collaboration that SFBW brings every year is alive and well in FIVE (?!?!) new brewery collab beers that are just starting to hit shelves at your neighborhood beer shop and even at Whole Foods Market. All five chapters of the SF Brewers Guild have made a new beer to celebrate CA Craft Beer Week like Laughing Monk, Standard Deviant and Harmonic’s SF chapter “Shift” Dry Hopped Blonde and Discretion, Pacifica and Fruition’s “Flipped, Turned Upside Down” New Zealand-hopped Hazy IPA from the Coast Chapter. FWIW, I thoroughly enjoyed Pacifica Brewing’s Cloud Bounce IPA recently and they’re doin’ it right. Former Social Kitchen head brewer Kim Strudevant is at the helm at Pacifica now, so a hat tip to our neighbors down Highway-1. Peep all five collab beers here.

Also, if you’ve gotten this far, the real gem on this CA Craft Beer Week website is the “Offerings” tab. Here you can browse and drool over the many different beer packs that a slew of Bay Area breweries have available for pick-up and shipping.  Like Woods Beer Company’s “Cheers to SF” series of neighborhood homage beers or Berkeley’s The Rare Barrel’s, apricot and nectarine sour collab with Oakland’s Hella Coastal and NY’s Finback Brewery — a benefit beer for the Youth Spirits Awards, empowering homeless and low-income youth in the Bay Area. Much love to that.

Because when we’re all still quarantining and limiting our exposure to other people, every week is beer week as far as I’m concerned. When SF’s small businesses have literally risked life and limb to stay open and provide food and beer offerings for us all during the pandemic, it’s ok to spoil ourselves with a nice four-pack of fresh cans, or a growler fill from a nearby brewery. Some of my favorite haunts for beer have been Guerrero Hill Market (next to The Lone Palm), who might have the sneaky best corner store selection of craft beer in the city. And of course, Fool’s Errand on Divisadero across from the Independent. Owner John Dampeer prides himself on getting the freshest local beers from Bay Area breweries like Humble Sea and Alvarado Street and even some quasi-whales from Portland, New York and more. Salute! 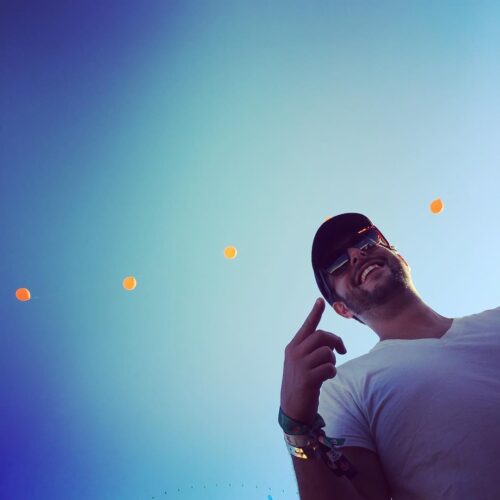