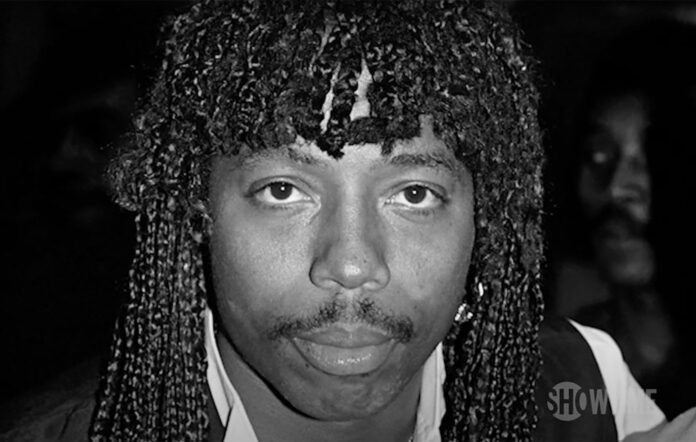 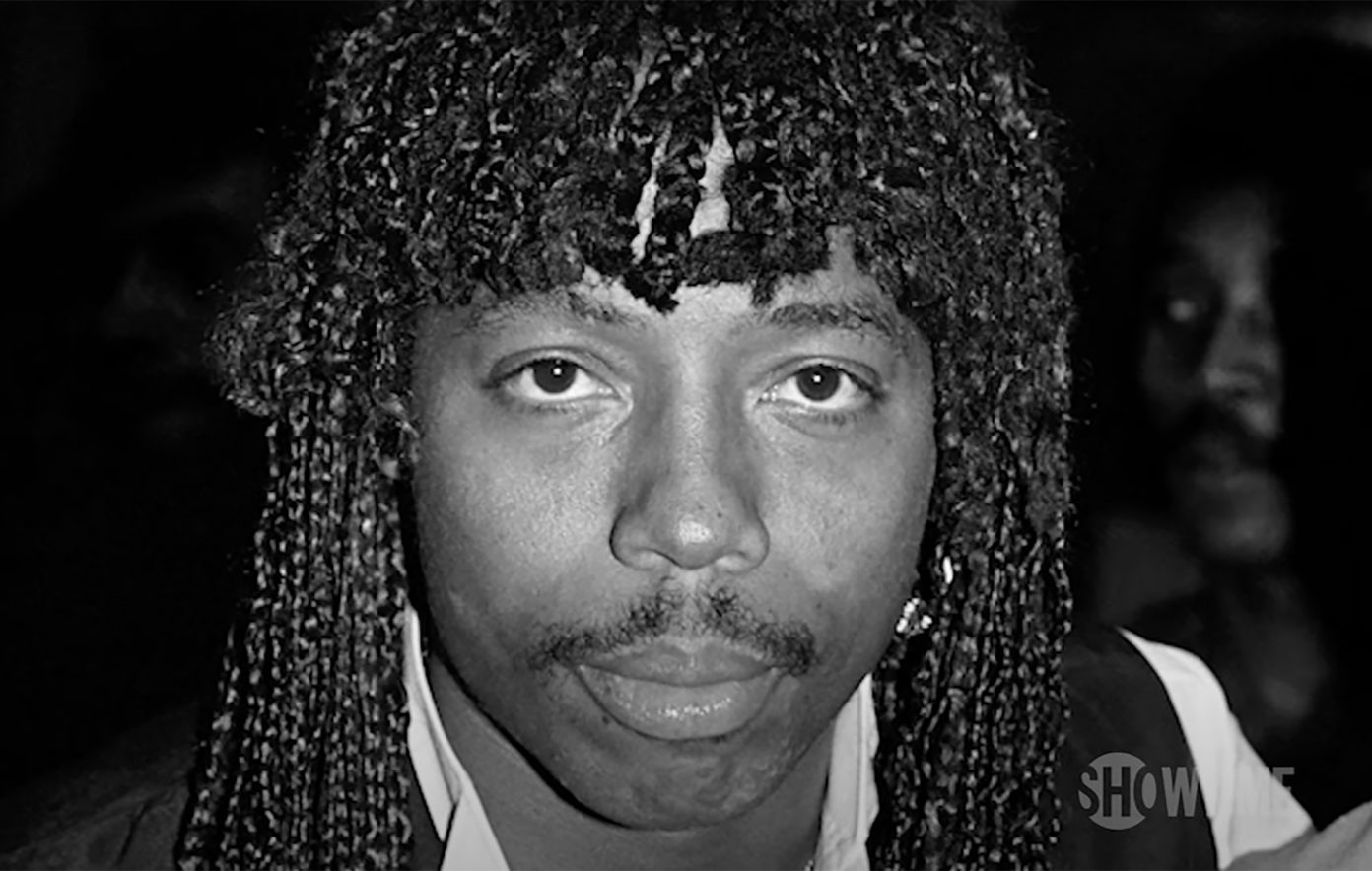 A new doc explores the star's wild, conflicted life. Here are the songs that immortalize his talent

It was during a 1980 appearance on Soul Train, that host Don Cornelius summed up a handful of defining points that funk rebel Rick James earned—and would be saddled with—during his brief yet contradictory lifetime.

“Our next guest is one of the most prolific songwriters, right? One of the most innovative producers. Certainly one of the most exciting and talented performers. And also one of the strangest men I’ve ever met.” This precedes an animated, some would say coked-up, performance of “Big Time,” where James instills the crowd with chants about “fire it up” right before Cornelius, who just minutes ago proselytized about this outlandishly candid performer, stoically puts an end to these shenanigans.

Bitchin: The Sound and Fury of Rick James, the on-the-nose Sacha Jenkins-directed documentary, scored by Ali Shaheed Muhammad and Adrian Younge, featured on Showtime this month, is a thorough account of how James Ambrose Johson built an idiosyncratic legacy, sold more records than Parliament-Funkadelic, and singlehandedly saved Motown Records during the first half of the 1980s. All by heralding in a new cultural presentation—punk-funk—and churning out instantly recognizable, deep-running grooves (and heavily influencing a young version of Prince). Indeed, Rick James established himself as a master musician, writer, producer, and arranger who eventually would succumb to his lesser self.

“On stage, in his lyrics, and his music he was portraying this sexual bravado and machismo,” says journalist and scholar Jason King in the documentary. “Offstage, we now know what was underwriting that machismo and bravado was very disturbing and very dark and abusive.”

As the first “visual” artist for Motown, he made a run of nine albums in six years and wrote for various artists. His biggest-selling album, “Street Songs,” was a tribute and concept album documenting his upbringing in Buffalo, New York, and contained mega-hits “Super Freak” and “Give It To Me Baby.”

Speaking to his lightning-in-a-bottle genius, “Super Freak”—that throwaway single, featuring the Oberheim synth used to ad-infinitum in the ’80s by Queen, Flock of Seagulls, Devo, and Rush—was composed in 15 minutes. (For the record, MC Hammer’s sampling of the song garnered a better payday than the original version.)

Dr. Todd Boyd, professor of Cinema and Media Studies at USC gives voice in the documentary to what every Black person feels about that crossover hit.

“I hate ‘Super Feak.’ I hate the fact that it became so popular that a lot of people who had no idea what Rick was about, who heard that song, embraced it. Separated it from the rest of his body of work,” he says. “I went to college in the early ’80s and ‘Super Freak’ was the type of song you heard at a white frat party. And all the rest of the music they are gonna play is rock and roll. They play one Black song and it’s gonna be “Super Freak”. And they gonna freak out over it.”

“Sounds like you’ve been to a few white frat parties,” questioned the interviewer.

“You know” responded Dr. Todd with a smile ” I made the rounds.”

We’ve put together a playlist that speaks to the exponential acumen Rick James worked with.

“You and I” from Come Get It

In the most shrewd manner, the intro sounds like a general disco song, fitting in with the times, then… you are getting funked upside the head. This would set a precedent in a majority of his arrangements. He didn’t make you wait for the funk.

It’s all here: His story coming up in Buffalo. Painting that hardscrabble picture with pockets of vocal vulnerability over this funk-rock riff, with an exacting guitar picking feature. When you hear him sing “I did not know what my life would be,” it’s no act. That’s the Rick James’ mise en scène.

Stripped-down-to-the-bone funk. Supposedly the track was written with actress Linda Blair in mind, whom Rick was dating at the time. It speaks perfectly to the “cold fusion” of electronic music starting to gain traction in the mid to late ’80s. Listen to LCD Soundsystem 45:33 part 3, and imagine RJ’s “sexy sexy sexy” vocal running over the top. Timeless.

“I’m Just a Sucker For Your Love” by Teena Marie

Lady T was a writer for Motown who had a voice—but nobody at the label had an idea how to bring out the talent. Rick James heard her in the hallway one day and volunteered to produce her debut album. Wild and Peaceful features significant contributions from Rick James, but the voice is all Teena. Motown didn’t include a photograph of the singer on the album sleeve, leading many listeners to assume she was African-American. Obviously, Madonna and Sire Records were not the first to indulge in this game.

Following in the footsteps of Parliament-Funkadelic, who put together the female funk outfits Parlet and The Brides of Funkenstein, Rick James churned out hits for his own all-female group. Joanne “Jojo” McDuffie was the lead singer, sisters Maxine and Julia Waters filled out the troupe, and they were backed by James’ own Stone City Band. Soon after, Prince debuted an all-girl group in his “Purple Rain” film called Vanity 6.

“Standing On The Top” by The Temptations

After Rick James conquered the charts with crossover “Street Songs,” Motown started to ask if there were other things, other artists he wanted to produce. The Temptations, after a brief spell at Atlantic Records in the late 1970s, resigned with Motown in 1980. In 1982, reunited with three of their former lead singers, David Ruffin, Eddie Kendricks, and Dennis Edwards, the group, now a seven-piece act, began a reunion tour. They also recorded a new album together, the aptly-titled Reunion. Since The Temptations provided backing vocals on 1981’s “Super Freak,” he decided to return the favor.

'Having close exposure to Fela at such a young age was powerful and insightful,' says Fatsouls Records founder
Read more
Music