48 hillsIndependent San Francisco News + Culture
Uncategorized How do progressives win in 2015 and beyond?

How do progressives win in 2015 and beyond?

An UrbanIDEA forum will look at the changing electorate, the lessons of 2014, and strategies for the future 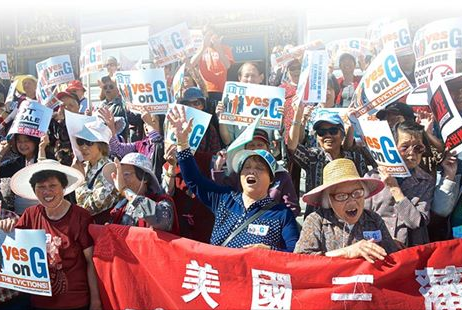 So what lessons have we learned? What can we do different in the future? How can progressives make inroads in absentee voting, in reaching out to West Side voters, to developing new strategies and tactics? How has the electorate changed in the past few years, and how should we respond?

That’s the subject of Urban IDEA’s first forum of the year, and it’s going to be a great discussion. The speakers:

There will be time for questions and answers and the beginning of a new approach to local elections.

Fear — and hope — for journalism

So many bad things happening to local news media -- which is why we are trying to make a difference.
Read more
Uncategorized

The Chamber of Commerce and GOP donors have created Fed UP SF to attack progressive taxes.
Read more
News + Politics

Plus building on toxic waste sites and the legacy of Alex Nieto ... that's The Agenda for Oct.18-25
Read more
Campaign Trail

Fake tenants group and big outside cash is now trying to promote Philhour over Chan in a race that could determine the balance of power on the board.
Read more
Elections

Best of the Bay 2020: Food and Drink winners

Best of the Bay 2020: Shopping winners

The Irish diva showed us who she was through momentously silly quar performances. Her latest album affirms her mastery of the nocturnal club beat.
Read more
Campaign Trail

Shahid Buttar’s campaign against Rep. Nancy Pelosi was always a longshot. He was challenging the person most responsible for challenging Donald Trump, and while...
Read more
Campaign Trail

But that requires a bit of historical revisionism, since his record has always been very moderate on police, housing, and homelessness.
Read more
Culture

We rounded up the most relaxing beats in the known new music universe. SunPalace gets a 2020 remix pack, a new sad banger from Mac DeMarco and Benny Sings, more.
Read more
Screen Grabs

Sure, it has Giuliani looking suspect—but is 'Borat Subsequent Moviefilm' any good? Plus, a new documentary on the grifters leading the alt-right movement, and 'The Guardian of Memory.'
Read more

The Chamber of Commerce and GOP donors have created Fed UP SF to attack progressive taxes.
Read more
Campaign Trail

Fake tenants group and big outside cash is now trying to promote Philhour over Chan in a race that could determine the balance of power on the board.
Read more
Elections

No, the DA's Office did not release a burglary suspect who went on to attempt a rape.
Read more