More
UncategorizedAffordable housing built in the Mission: Less than 7...

Affordable housing built in the Mission: Less than 7 percent 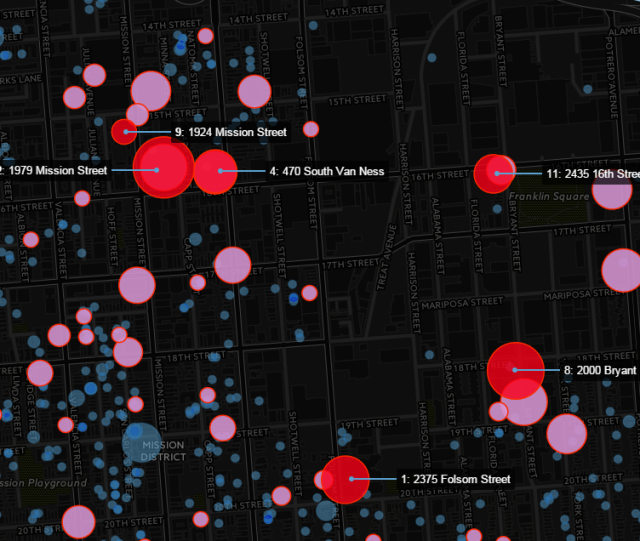 MARCH 17, 2015 – Only 7 percent of the housing units currently entitled or under construction in the Mission District are affordable, and if you include all of the unites that have been proposed and are in the planning pipeline, that percentage still only reaches 25.7, a new study shows.

The study by the Mission Anti-Displacement Mapping Project provides a stunning picture of a community under assault. There are 478 housing units either under construction or approved for construction – and only 34 affordable units. A total of  1,332 new units are in the pipeline, seeking approval, but sites have been identified for only 247 new affordable units and city policies mandating inclusionary housing will add only 95 more, the study reports.

The mayor has insisted that his citywide plan calls for 33 percent of new housing to be below market-rate. That includes, of course, payments that developers make to build luxury housing in the Mission – which may wind up subsidizing housing in another part of town.

That’s why there’s such palpable anger on the streets of an area that has long had a history of Latino heritage and welcomed immigrants from Spanish-speaking counties.

Now it’s filling up with million-dollar condos that cater to mostly white tech workers and other wealthy people – many of whom say that want to live in the Mission because of its vibrant culture.

But that culture can’t survive in an era of evictions, displacement, and price hikes for both residential and commercial property that are devastating the working-class population.

It would take someone with much more statistical skill than me to draw a correlation between market-rate housing and evictions, but the data is right on the map, and even elementary economics suggests why: When richer people move into a neighborhood, the value of land goes up, and owners have more incentive to get rid of long-term residential and commercial tenants in favor of people who will pay higher rent.

The current policy solution that the Mayor’s Office likes is allowing market-rate construction and then looking for ways to divert money to affordable housing. But as we’ve seen, market-rate housing creates problems in vulnerable communities by itself – and the affordable housing that comes with it is utterly inadequate for the need.

Which is why Sup. David Campos is asking everyone to take a deep breath and wait a little while so we can figure this all out.

Progressive initiatives, opposed by the mayor, seem to be working.
Read more
Economy

The old work model is over, and downtown and the local economy is going to suffer—unless we get creative about the future.
Read more
Sponsored link