This week marks the 10-year anniversary of Kafana Balkan, a raucous quarterly dance party founded by the Serbian DJ and master promoter Željko Petković. And the celebration Saturday, March 4 at the Rickshaw Stop promises to be one the best yet.

DJ Željko’s fervor for Balkan music’s polyrhythmic, whirling and stomping sound has propelled Kafana Balkan to routinely draw sold-out crowds, so it’s no surprise that there’s a special treat in store: local Balkan brass band Inspector Gadje — fresh off a rapturous reception at UnderCover Presents — will be there to celebrate the release of its debut album in collaboration with the clarinet superstar Ismail Lumanovski. Lumanovski was one of the first Roma students to be awarded a scholarship to Juilliard and has gone on to found the New York Gypsy All-Stars and lead orchestras all over the world.

All of this raises an obvious question: How did Balkan music become so cool? And how did Inspector Gadje—whose very name denotes their status as gadje, or non-Roma—come to collaborate with Lumanovski, one of Romani music’s greatest luminaries? Over two evenings, DJ Željko and Inspector Gadje’s co-founder Marco Peris and trumpeter Will Magid told 48 Hills a series of wild tales that made it all make sense. For the story of how to keep culture alive through partying, read on.

48 HILLS Željko, what was the Balkan scene like when you first arrived in the Bay Area, and what was it missing?

ŽELJKO PETKOVIĆ It was older generations, more of a circle dance scene. That kind of music is my art, but I didn’t think you could start a party with it.

I was always very lively myself, and I remembered the parties in the kafanas [taverns] back home, and how wild they can get: I was 12 years old. I’m in the bar with my father, and the singer is heating everyone up. Everybody is just dancing wild and smashing the glasses on the floor. Back in the day, it was customary: you drink a shot, and when you’re ecstatic and drunk, you smack the glass on the floor. The bartender would not say, “Hey, you have to stop.” No. He would just charge them later for the glass.

48H How did you create the kind of Balkan party you were missing?

ŽP I decided I need to spread the Balkan brass, the high-energy, powerful music with the pounding beats. So in 2001, I started passing out free compilations of Balkan music. I must have passed out several hundred — if not a thousand — CDs. I would go to my favorite coffee shops and bars and say, “Hey, can you play this?” And people would come up to me and say, “The barista just told me you gave him that CD. Where can I find this music?” And I would give them a free compilation because I would have always several in my pocket. That way, I created an interest in the music.

My friends Joe Airone and Slobodan Djurković and I started the first party, promoting to the Mission artists and musicians. The door opens that night, February 3, 2007, and so many people came in! We packed the place! And it was a young, energetic crowd. At some point, people were hanging from the rafters. People were climbing on top of each other’s shoulders. From there, it just grew bigger and bigger. The place sold out, and it stayed sold out.

48H When did Inspector Gadje come on the scene?

MARCO PERIS The founding members of Inspector Gadje all played with the Brass Liberation Orchestra (BLO), a politically aware band that plays a lot of benefits and marches. One of these benefits was for a non-profit called the Voice of Roma, and the president Sani Rifati and I hit it off. In 2009, he, his wife Carol Bloom, and the Voice of Roma team wrote a grant to train the BLO in Romani music.

For six months, we spent six hours a week with the Bulgarian-Roma master Rumen Shopov. The players involved in that project went on to be the founding members of Inspector Gadje. We’ve been more or less the house band for Kafana Balkan since 2013, and then Željko and I started co-producing this and other shows together in 2015. Inspector Gadje used to do strictly traditional Balkan brass. Now we’re changing and going in a new direction, especially since we met Ismail.

48H How did your collaboration with Ismail Lumanovski begin?

MP He was playing at Yoshi’s with the New York Gypsy All-Stars, and Inspector Gadje did a workshop with him. Then he was free that evening, so I threw a party. Within three hours, I had 70-80 people at the house, just by saying, “Ismail Lumanovski’s around with a couple band members.” We had a great party, and he was also impressed by our level of playing. So I asked if he would like to perform together, and he said yes.

It was February 2015, the eight-year anniversary of Kafana Balkan, and I figured Željko was going to sit me down and say, “Look, man, we need something bigger for this one.” So before we got to that point, I proposed the collaboration with Ismail, and I didn’t even finish the sentence before Željko said yes.

48H What was it like to be at your first concert together at Kafana Balkan?

MP That night, something changed for both the band and Ismail. We were not expecting him to do what he did that night, and he was also not expecting us to support him the way we did. We had a full house until 1:30 am, and everyone was drenched in sweat and smiling. Ismail was used to playing classical music and Balkan jazz, which are pretty sober parties, and the wild energy that the crowd gave him just made him a beast. I think he discovered his wild side.

WILL MAGID I was at that show, but as an audience member. I had to go to the bathroom the entire time and didn’t want to miss a moment. The whole room was just in this symbiotic heaven of energy. And I was like, “I have to figure out a way to join this band.”

WM There’s no one that I’m aware of that has the same cultural identity that he has, as someone who grew up in Macedonia and the United States, with such virtuosity and such deep roots in Romani and Turkish music. And he’s young! So he grew up with the same music we grew up with: hip-hop, funk, EDM, house music. The songs he brings in will often have house backing tracks.

The bandleader of [legendary Roma group] Fanfare Ciocârlia heard that we were playing with Ismail, and he just turned around and said, “He’s the best clarinet player in the world right now.” And walked away. And he’s a clarinet player! They don’t give those comments lightly. It’s a dog-eat-dog world, and he’s somehow disarming the whole scene.

48H What impact has collaborating with Ismail had on Inspector Gadje?

WM When he’s rehearsing, it sounds just like he’s at the show. In some ways, he tries crazier stuff in rehearsal: triple-tonguing in registers that he’s never performed in before. But through it all, he’s smiling on his horn. You can see it, not just hear it — you can see the passion in the way he plays and the way he moves his eyes and his face and his shoulders, and the way he looks around at the band. He’s not just playing to the space in the room, he’s playing it to the humans on stage with him. Even if I’m not playing a note, he’ll be looking at me like, “What do you think about this? Have you heard me do this before?”

MP When he does that, he’s basically charging the players. All of a sudden the player lights up, and he’ll move on like, “Ok, you’re on. Let’s turn somebody else on.”

48H How did you decide to make an album together?

MP Ismail wanted to make a video of that first show at Kafana Balkan. So I called sound engineer Eric Moffat two days before the show. Eric wasn’t even terribly familiar with the music before, but when he listened back through the whole show at home, he called me and said, “You know, we should make an album.” I’d been at home thinking the same exact thing.

So we recorded four shows at Kafana Balkan, flying in Ismail from New York. It was two years’ worth of work, and about 10 hours of music. We took the best songs out of each show and compressed it down to one hour. The name of the album is Live at Kafana Balkan. It’s an homage to Kafana Balkan, saying, “We could not have done this without you—let’s do this together!”

48H What are your thoughts on how the Bay Area Balkan scene has grown during these past ten years?

ŽP Now San Francisco and New York are the cities with the biggest Balkan scenes.

MP Seattle’s got it, Chicago as well. Those are the top four in the country, with San Francisco and New York being toe-to-toe.

ŽP After all those years of work!

48H What’s next for Inspector Gadje and Kafana Balkan? 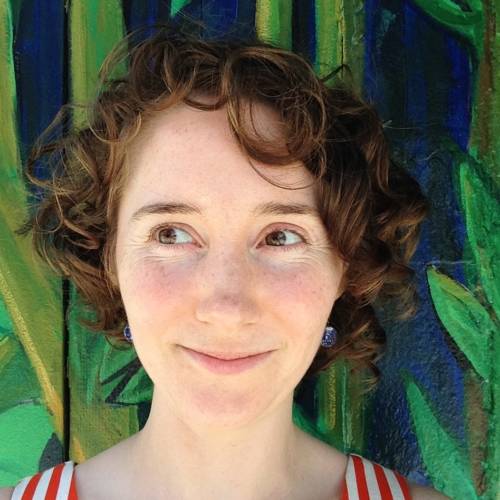