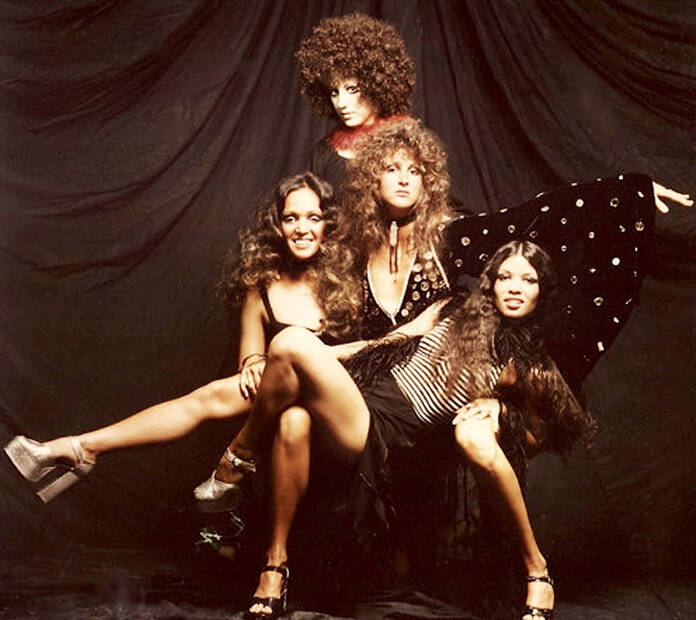 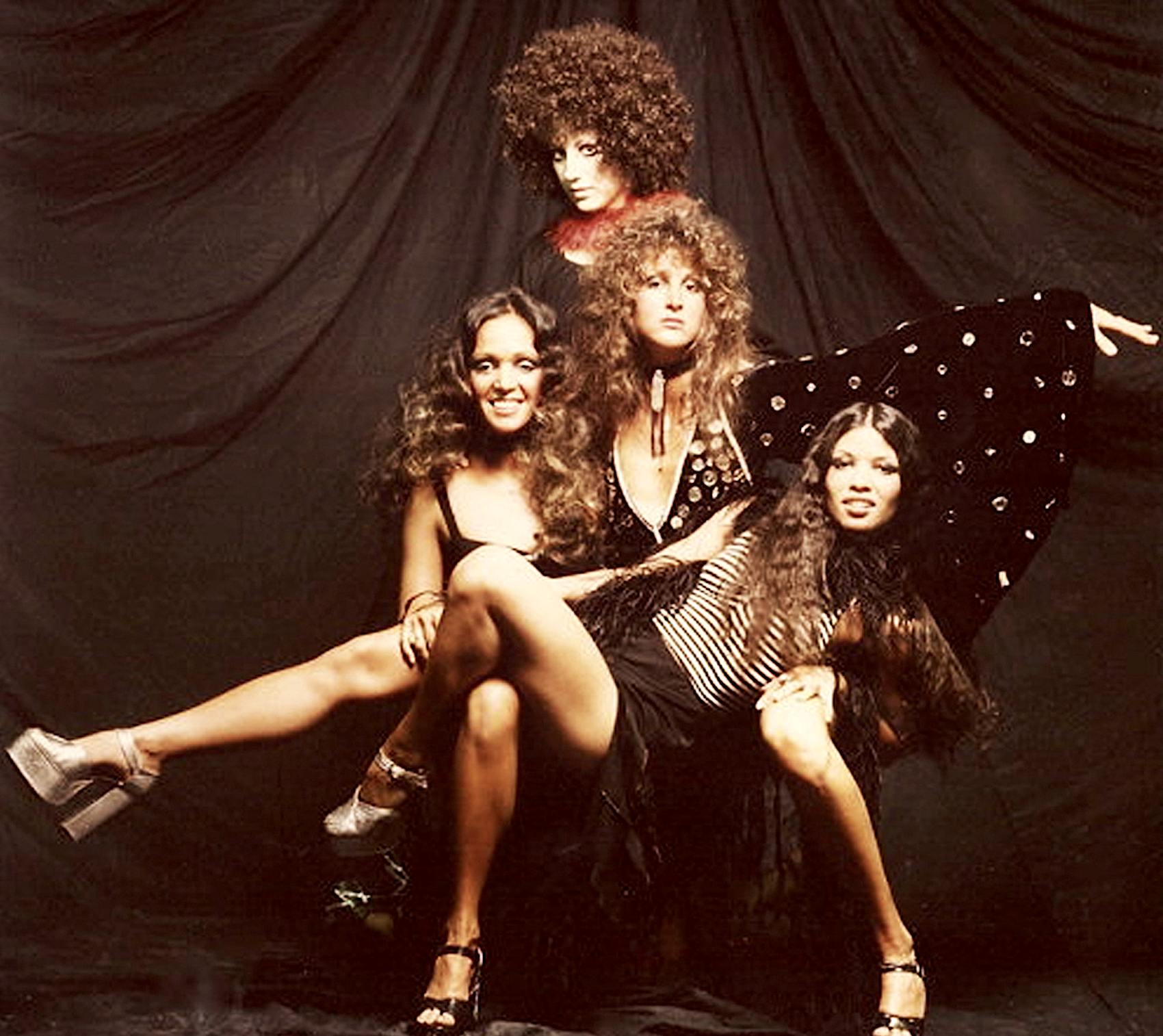 Out of the crate: 6 vinyl re-issues that are pretty damn dope

Fanny, Kleeer, Electric Prunes, and more get another spin, along with a timely compilation of '80s Japanese City Pop

Before everybody got stuck in the house with their family—spouses, housemates, cats, dogs, hamsters, and rando dude on couch—and became thankful for all the weird food at hand and way-way back of the pantry treats (marinated artichokes and croutons: It’s now a thing), well, we were beholden to the digital. In those BC before COVID times, online music platforms ruled our daily lives. From the commute on, due to lack of time, we were at their behest.

In March the planet slowed down. Animals started wandering down deserted streets, all over the world, proclaiming in their squeals and barks, “Damn howʻd yʻall humans fuck it up this time.” Everybody, reclaiming their fever dream memories of being a chef (when actually it was more like a fry cook for two) put on a good 15lbs, perfecting that homemade wings recipe.

It became clear. Again. Spotify, Pandora, Tidal, Itunes, Google Play, and all the digital oligarchs NEVER will present music as sumptuous as vinyl. Sure their sound is created for an interactive listening experience. But it’s the physical media experience that uses all the advantages of paused time. Trip and take in that artwork. Study the musicians. Meditate on the producers, engineers, lyricists. Whipser with that whisk of the needle. As anyone who writes about music will tell you (AHEM) liner notes are a gift from on high.

So here are some vinyl reissues to bring you closer to your new best friend, the turntable. Wanna pass me those wings first?

KLEEER, INTIMATE CONNECTION (Real Gone Music)
Kleeer was a New York-based funk band that placed a dozen singles on the Billboard R&B chart from 1979 through 1985. (Their “Tonight” formed the basis of 2Pac’s 1995 smash “California Love.”) The outfit went through several incarnations: A funk and disco act called The Jam Band, a hard rock ensemble named Pipeline, and then back to a studio disco band as the highly collectible Universal Robot Band, under the legendary Greg Carmichael-Patrick Adams-Leroy Burgess production team. After all that, they struck out on their own as Kleeer in 1979, recording a half-dozen well-regarded albums for Atlantic. Intimate Connection from 1984 strings together synth programming by Eumir Deodato, working lockstep alongside drum programming to set your daily commute by. That low-end rumble, working simpatico with that Members Only jacket and Casio G-Shock watch, sets up that Stranger Things-type prism. More info here.

FANNY, FANNY (Real Gone Music)
Founded by Ol’ Blue Eyes originally, Reprise Records in the ’70s built a fortress of progressive artists who didn’t take any shit. Frank Zappa, Richard Pryor, The Meters, Joni Mitchell and Neil Young—these were the punk agitators before punk was actually a genre. Feel me?

The 1970 début album on that label by Fanny was seen at the time as a publicity stunt. For the first time at this level of attention, a group of women—sisters June and Jean Millington, Alice De Bohr, and Nickey Barclay—wrote and sang their own songs, played their own instruments and, perhaps most importantly, rocked it beyond a doubt, just as hard as any male band out there. Cause they had to.

And, as the first all-female band signed to a major label these four women became perhaps LA’s biggest ‘buzz band,’ landing repeated bookings at the Whisky-a-Go-Go with a who’s who of rock’s glitterati in attendance. Cited as heroes by the likes of Joan Jett and Courtney Love, Fanny does NOT sound like a tryout. Oh no. With the organ testifying, funky-ass bass moves, guitars screeching, and drums pushing that double-time backbeat, these Godmothers of Chick Rock are bringing the damn revolution. More info here.

THE ELECTRIC PRUNES, RELEASE OF AN OATH (Real Gone Music)
During a rare live performance at London’s Royal Festival Hall in 2004, the composer David Axelrod remarked that he had paid for the night’s 26-piece orchestra with the royalties from Dr. Dre’s The Next Episode, which repurposed his 1967 track “The Edge.” The Electric Prunes made four fantastic albums for the Reprise label in the space of two years. 1968’s Release of an Oath saw Axelrod break up the original band as a producer. Lining up his hired guns, aka The Wrecking Crew, in the persons of guitarists Howard Roberts and Lou Morrell, bassist Carol Kaye, keyboardist Don Randi, and drummer Earl Palmer. His stately command of fusing rock, jazz, funk, and orchestral music—a touch he crafted for soul singer Lou Rawls and jazz saxophonist Cannonball Adderley—makes this version of the Prunes sound ultramodern and vanguard all at once. But hey, don’t go by me. Trust Dr. Dre. More info here.

52ND STREET, “LOOK INTO MY EYES/EXPRESS” (Be With Records)
When Manchester-based Factory Records decided to sign their first soul act, 52nd Street in 1982, it paid incalculable dividends. The band of Tony Henry on guitar and vocals, bass player Derek Johnson, drummer Tony Thompson, lead vocalist Beverley McDonald and John Dennison on keyboards were put in the studio with A Certain Ratio drummer Donald Johnson producing the sessions—and a certain Bernard Sumner, founder of Joy Division and New Order, on additional keys. As a result, the boogie friendly ‘Look Into My Eyes’ with brit funk bass accents and the disco-jazz scatter frenzy of ‘Express’ that sees a Fender Rhodes worked until oblivion, gave this trailblazing indie-label depth and much-needed color. The tracks would go on to be evangelized as staples in Frankie Knuckles DJ sets.

As Tony Henry, founder of Factory records lays out, the collaboration left an impact on Sumner. Refer to “Blue Monday” by New Order in ’86 as proof. “This worked out quite well for us in the band but even better for New Order and Factory Records, as Sumner studied grooves, rhythms, and how to write and construct funk and dance music from 52nd Street and producer Donald Johnson.” More info here.

OLIVER NELSON, SKULL SESSION (Tidal Waves)
After you assure yourself no micro-dosing took place in your house today, gaze upon the cover art for ‘Skull Session’ by Oliver Nelson—knowing some type of acid-fried mischievousness will be emanating from that turned-on cranium. The titular lead single of this 1975 work worms along, combining big band jazz moves with elements of rock, electrified funk (with the Moog & ARP), and whatever else happened to be in the studio. No matter the genre, Nelson’s exacting touch for arrangements remains locked-on. From swing band jazz, bossa nova, and shiny disco arrangements, Nelson shines with an encyclopedic approach to jazz, showcasing the origins and pointing to where it should go. It’s a beast of a record. More info here.

With Pacific Breeze 2: Japanese City Pop, AOR & Boogie 1972-1986, Light In The Attic unearths more hard to find tracks that build up the genre. Again, this is the first time they have been officially released outside of their home country. From the proto-City Pop funk of Bread & Butter and Eiichi Ohtaki to the crate-digger favorites Eri Ohno and Piper, that pastel cover artwork gets well-represented with emblazoned “Miami Vice”-type flourishes. That’s right. Those synths get a Jane Fonda aerobic workout on “Vibration(Love Celebration) by Kimiko Kasai. These artists and songs gained popularity in recent years thanks to Vaporwave, the meme-genre that heavily samples Japanese City Pop to create its particular aesthetic. Thanks, YouTube. More info here.