Some of the richest companies and people on Earth say they can't afford to pay the people who kept the fans happy at their venues.

I got the email firing me from my job at the Giants ballpark on Monday evening, July 27. On Tuesday evening I learned from the San Francisco Examiner website that I was also being fired from my job at the Warriors new stadium, and that there were 2,154 other food service workers being shown the door at these two sports venues. That was a pretty cold way to get the news.

Stadium workers are overwhelmingly people of color. San Francisco stadium workers in particular have a large contingent of Black workers, in part because the Giants and 49ers old Candlestick Park stadium was located in Bayview-Hunters Point. Both the Giants and the Warriors have been bragging about supporting the Black Lives Matter movement, but are now kicking their Black, Latino, and Asian workers to the curb. 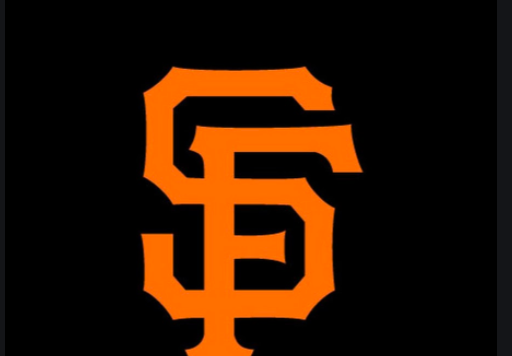 Since 2013, I have sold garlic fries and beer to untold numbers of fans. Back in the 1980s I cooked hot dogs for the vendors at Candlestick. Now it looks like my jobs at Oracle Park and Chase Center may be going the same way as Candlestick.

I grew up in Los Angeles, where I was a fan of the Dodgers, Jackie Robinson’s old team. But I have lived in the greater San Francisco Bay Area since I was 17, for more than five decades, and now I am a Giants fan. And a Warriors fan. It’s just that they don’t seem to be a fan of me anymore.

None of us at the Giants ballpark or the Warriors stadium have been working since March, when San Francisco shut down in the face of the coronavirus pandemic. But we had been assured that this was just temporary, until things got better. “This will not result in the termination of any individual’s employment with the Company.” That’s what the company wrote in March.

But now it’s July, and they have changed their minds. According to their email, “We have to eliminate a number of positions [2,154 to be exact], including yours.”

It’s not as if the Giants or the Warriors are in some kind of dire financial straits. Each team is worth multiple billions of dollars. As a recent article in The Nation said, the teams we work for “are among the most profitable corporations in the country, and… the owners who control those companies are among the wealthiest individuals in the nation.” Major league baseball teams alone “are worth over $55 billion. The 30 principal owners of these teams are worth $78 billion.”

Larry Baer, the Giants CEO, said in an April 1 statement that stadium workers are “the people that work hard, work diligently and serve our fans, which is the lifeblood of our sport and our business.” Perhaps, in the light of our firing, this was meant to be an April Fool’s joke. As others have pointed out, MLB (Major League Baseball) is BLM spelled backwards. Unlike many stadium workers, I don’t think many of our sports team owners worry about being stopped by the cops on their way home from work.

We should be thankful for small favors. When we were furloughed in March, the Warriors gave us each a check for $1,000, and the Giants ponied up $500. What we didn’t know at the time was that this was our severance pay.

I need to clear up one little legal detail. We don’t work directly for the Giants or the Warriors. We work for their food-service contractor, a big-time corporation called Bon Appetit. Does that name make you hungry for more? Bon Appetit is part of an even bigger corporate giant called Compass.

Bon Appetit is trying to soften the blow by promising that we have recall rights, perhaps with seniority, for 12 months at the Giants ballpark, and 24 months at the Warriors stadium. The Giants bit is in our expired UNITE HERE Local 2 contract, so thank you very much. I haven’t seen anything in writing yet about my expired Warriors stadium job. I am pretty sure we will all be hearing a lot more from Local 2.

Curiously, I got the “see you later, alligator” email on the very same day that I got my last $600-per-week pandemic unemployment payment. That $600 is bye-bye now, courtesy of the Republicans in the Senate. That was a double whammy day. What timing.

Bon Appetit told the San Francisco Chronicle that “We look forward to a time when venues reopen and hope to rehire many of our former employees as service levels return to normal.” You know the old story about how good it feels to stop hitting yourself in the head with a hammer? I guess we got fired so our bosses could “look forward to a time” when they can rehire “many” of us.

Marc Norton has worked in the food service and hospitality industry his entire life and was last fired from his job as a bellman at a small downtown hotel after Wells Fargo Bank took over the hotel and launched a not-quite-successful union-busting campaign. His website is https://MarcNortonOnline.wordpress.com.

It was 1968. The trial was a sensation. The outcome was a disaster.
Read more
Labor

The San Francisco Giants returned home on Friday, August 14 and found themselves being picketed by the workers who normally sell garlic fries and...
Read more
Labor

I got the email firing me from my job at the Giants ballpark on Monday evening, July 27. On Tuesday evening I learned from...
Read more
News + Politics

Social distancing is the wrong term

The news cycle these days moves fast and furious, especially when it comes to our esteemed President Donald Trump. A few days back, Trump...
Read more
Sponsored link

The Biden Administration has a chance to undo a disastrous label and open the door for peace.
Read more
Culture

Groundbreaking SF icon, who passed this month at 83, left an indelible mark on the fight for sex workers' rights
Read more
Housing

After misinformation and criticism, board approves next steps on Parnassus Heights campus plan -- but this is just the beginning.
Read more
News + Politics

Activists say the incident shows why defunding the police is possible.
Read more