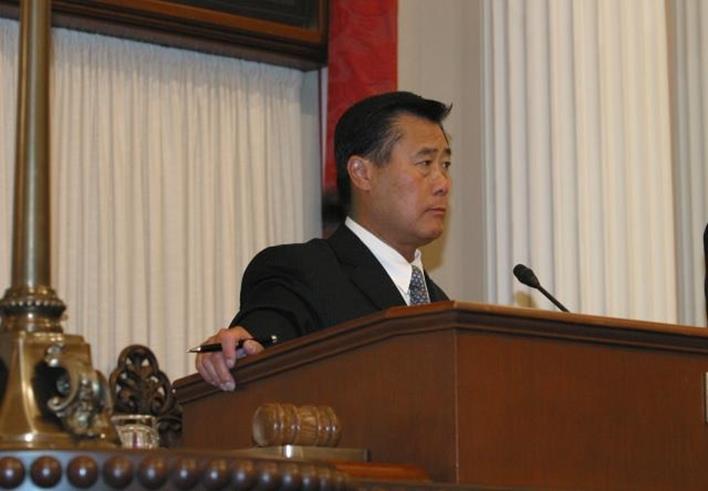 MARCH 4, 2014 — With little fanfare, State Sen. Leland Yee, who is running for Secretary of State, has apparently cancelled a fundraising event at the office of one of the city’s most notorious landlord lawyers.

I called Alycia Cavellini, who works at the office of Andrew Zacks and was coordinating the event, to ask if I could attend as a reporter, and she told me that the event “has been cancelled and we don’t know when it will be rescheduled.”

It’s possible this was just a logistical thing (and it’s possible that all these folks with still give Yee money, just not in such a public forum). But it’s also possible, even likely, that the thought of more press attention to an event linking Yee with the most hard-core landlord-rights folks was enough to make the event a non-starter in San Francisco.

With the state’s top-two primary system, Yee could wind up in the general election facing another Democrat, State Sen. Alex Padilla – and he’s not going to win that race by running to the right.

Now: Will Yee vote for the Leno and Ammiano Ellis-Act reform bills?

The Children’s Fund – one of the city’s more popular programs, created in 1991 as a way to guarantee a minimum level of funding for programs for children and youth – is set to expire in 2016, and supporters are looking to put it’s permanent renewal on the November, 2014 ballot.

And the way the polling looks right now, it should pass pretty handily: A Feb. 2014 poll by Tolchin Research shows that 74 percent of likely voters approve of the idea of not only reauthorizing the measure but expanding it. (more after the jump)

The current law sets aside 3 percent of local property tax revenue for programs administered by the Department of Children, Youth and Families – about $50 million. The proposal that advocates from around the city have put together calls for an increase to 5 percent, which would add another $33 million to the fund.

The law would also be changed to expand the law to allow funding for transitional youth services – for people between 18 and 24 who are from foster care or at-risk families. That’s a badly underserved population: According to the Children’s Funding Community Coalition, there are 9,000 kids between 18 and 24 in San Francisco who are neither in school nor in the workforce. More:

There are so many other unmet needs for children and families in the city – and those needs are growing. As San Francisco gets richer, and the gap between the rich and the poor expands (to the point where this is the most economically unequal city in America), low-income families are getting hit harder and harder. For example:

Also: There are 3,150 people on the waiting list for affordable child care – a number that’s increased by 130 percent over the past eight years. A full 20,000 elementary-school-age children have no summer programming. There is no dedicated funding stream for services aimed at disconnected 16-24-year-olds, many of whom are homeless, runaways, foster and LGBT youth.

So it’s hard to argue about the need for the money, and it’s not hard to say San Francisco (where city officials constantly talk about the need to retain families) can afford this. (The way the formula works, if the tax base declines, so does the funding.)

There are always people who (with some logic) oppose set-asides; they do make it harder for the supervisors to work with the General Fund. But this is a tiny set-aside – and as Margaret Brodkin, who was one of the early proponents of the plan back in the late 1980s, told me, “kids don’t get to vote.”

The Public Education and Enrichment Fund is also expiring and needs to be on the November ballot, which could make some argue against putting two spending measures (although NOT tax hikes) before the voters at the same time. But I think they work together – and they work with an anti-speculation tax (or maybe we should call it an anti-speculation fee) as part of a package of progressive measures.

Previous articleSoda industry says evictions are comparable to the price of a Dr. Pepper
Next articleMayor Lee’s latest plaza-privatization plan is based on a troubling New York model