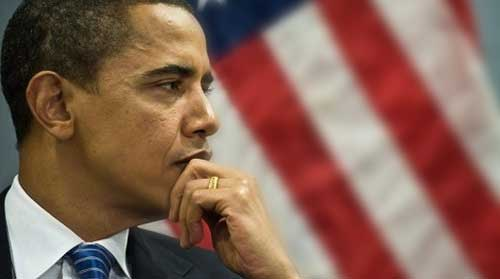 DECEMBER 23, 2014 — There were two big takeaways from President Obama’s Cuban opening. The first is obvious. After 55 years of U.S.-backed invasions, covert efforts to sabotage and overthrow Fidel Castro, an embargo, and a Cold War freeze in diplomatic relations, the U.S. policy toward Cuba has been an abject failure. Raul Castro remains the official government head, and Fidel, is still a presence in Cuban life and a bigger than ever figure internationally. Obama took the logical step that almost certainly would have been taken years ago, except for a politically retrograde GOP and older, politically connected Cuban Americans, and that is to normalize relations with the island.

Obama pointed to the obvious when he said the old policies, meaning containment and subversion, didn’t “make sense.” More Cubans are travelling to wherever they can get a visa, political dissent and expression is more open than ever, and there are more private owned businesses and farms in Cuba. While Cuba is still officially a one party-state, Cuban leaders have repeatedly made clear they are committed to real reforms. In an extended visit to Cuba a decade ago, I saw firsthand the changes in tourism, trade, and people-friendly relations in Havana and other cities that I visited.

Given that, and the polls that show that a majority of Americans want an end to the embargo, Obama’s move was more a pragmatic than a bold step. Still, the devil is in the details about how quickly there will be full official diplomatic relations, free trade and free exchange of goods, services and technology, a formal lifting of the embargo, foreign investment, travel, and family relations restored between Cubans in the island and those living here.

But the commonsense move to normalize relations is less important than the timing of the move and the domestic political consequences of it.

The prolonged and outdated battering of Cuba was never because it posed any real military or economic threat to the U.S. It was about U.S. domestic politics. Ten presidents before Obama were held hostage to the GOP-Cuban lobby and the fear of being branded soft on Cuba. This was tossed at any president and seen as the political death knell for Democratic presidential contenders. This unremitting hostility has not abated. Florida Senator Marco Rubio, former Arkansas Governor Mike Huckabee, former Pennsylvania Senator Rick Santorum, Texas Senator Ted Cruz, and former Florida Governor Jeb Bush, have repeatedly spoken out against any normalization of relations. Rubio was even more strident on the pending thaw, calling it “disgraceful.” All have their eye on a 2016 White House bid. All, as in the past, were playing the anti-Castro card, to the conservative GOP base.

Obama’s Cuba initiative can’t be separated from his escalating defiance of the GOP. In the aftermath of its November mid-term election shellacking, the Democratic Party has been in a desperate search to find its legs. It has been denounced for not fighting back harder on issues from opposition to the Keystone pipeline, the relentless GOP assaults on the Affordable Care Act and the recent budget deal that was stuffed with financial giveaway goodies to Wall Street.

With the White House and even more Senate and Congressional seats on the line in 2016, Obama is still the key to Democratic hopes for a strong comeback. Obama’s willingness to weld the executive pen on immigration reform and a defiant promise to use it whenever and wherever he can to push initiatives that a GOP -controlled House has stymied at every turn is crucial to the party.

Possible 2016 Democratic presidential contenders Hillary Clinton, Joe Biden, Martin O’Malley and Bernie Sanders were quick to pick up on the significance of Obama’s Cuba normalization proposals and applaud them. It puts the Democratic Party firmly on record as reversing a failed, flawed policy that’s been an albatross around its neck for decades. Clinton, the presumptive favorite for the Democratic nomination, would be the first official presidential candidate to call for full normalization.

Obama’s Cuba move can’t be considered on the groundbreaking magnitude of Nixon’s China opening or Reagan’s working both sides of the street with the Soviet Union, promoting exchanges between students, scientists, artists, and local officials while proclaiming the avowed intent to bring down the “evil empire.” But it sent a welcome signal that on a thorny foreign policy issue such as Cuba, Obama will not succumb to GOP mania and intimidation. This makes his Cuba opening more than just about Cuba.