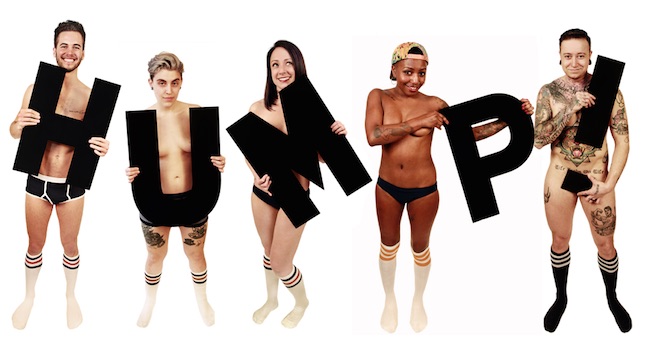 Also damn wonderful. I laughed, I cried, I cringed, I died – all with people I never thought I’d be viewing skin flicks with, many of which featured acts and fluids I never imagined. Hey, guess what, we’re all fabulous perverts now. Thanks, Internet! Thanks, Dan Savage!

Now in its 11th year (and its second in SF) Hump! has upgraded sidewise this time around to the Victoria Theatre, where it will surely be enhanced by hooting form the balcony. You’ll be subjected to everything from “Film Bonoir: A cynical dick takes on a challenging head case” and “Cake Boss: Beat until stiff” to “Hysterical Bullshit: A dedicated but distracted reader attempts to get through Mike Huckabee’s Gods, Guns, Grits and Gravy.”

Also, it doesn’t look like Savage himself will be along for the ride this time, but believe me your mind (and possibly the rest of you) will still be blown.

Previous articleOccupy the Super Bowl?
Next articlePeskin sends a message to Lee and Conway: Don’t you dare