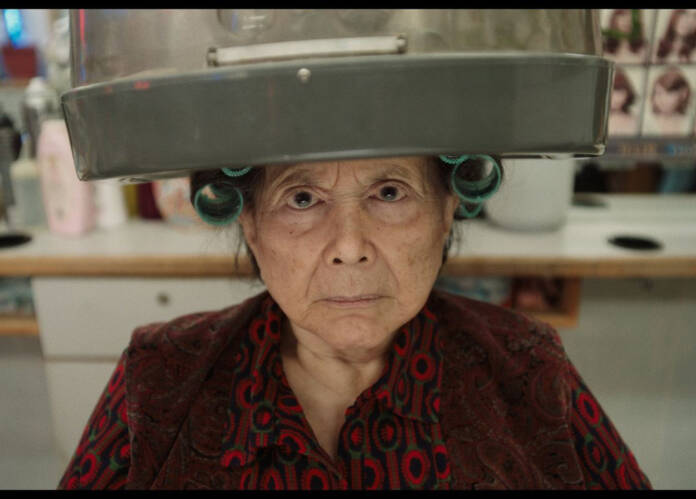 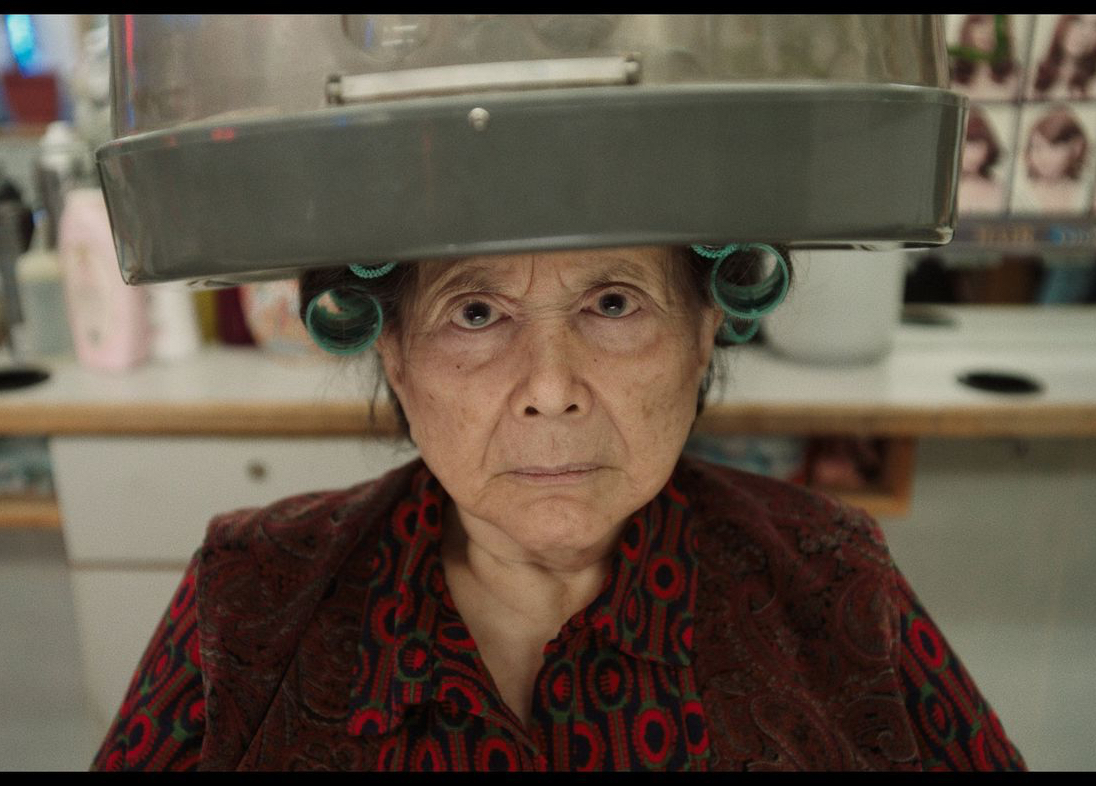 It’ll be odd to have a Memorial Day weekend under quarantine—or one without, presumably, the usual exodus of city dwellers to other destinations—but there are more than enough worthy new streaming arrivals to keep you busy in your forced staycation. Many of the films detailed below are available for rental (along with others) from Roxie Virtual Cinema or CinemaSF. One worthy movie that’s coming back “to” the Roxie in that form is the very good Guatemalan gay drama Jose, which we previously reviewed in March. But here are some new home-viewing arrivals:

LUCKY GRANDMA
This sly, snappy comedy from writer-director Sasie Sealy stars the nearly-nonogenarian Tsai Chai—a Shanghai native who’s acted around the globe since the 1950s, including roles in The Joy Luck Club and two James Bonds—as Grandma Wong, a widow living alone in NYC’s Chinatown. Advised by a fortune teller that she’s about to experience great good luck, she takes her paltry savings straight to the Golden Panda Express bus and bets the lot at its casino destination. Indeed, her luck proves spectacular… for a while.

On the dejected ride home, however, a bagful of cash literally drops in her lap, property of a stranger who conveniently expires of a heart attack while sitting next to her. Unfortunately, the money wasn’t exactly his, either—it belonged to one Chinatown criminal gang, and soon Grandma Wong has to hire a bodyguard from its rival gang to protect the loot she keeps unconvincingly insisting she doesn’t have. Eventually, a pile of bodies begins to accrue as those seeking her stash grow more aggressive.

Though it gradually shades into darker terrain, Lucky Grandma remains primarily droll, milking considerable comedy from the contrast between this pint-sized old lady and the rising mayhem around her. Not that our protagonist is any meek, sweet elder—in fact, she’s like a gender- and ethnicity-switched reincarnation of Walter Matthau, chainsmoking and grimacing through a world of annoying youthful high spirits. This deft entertainment is one of the year’s more pleasant surprises to date. More info here.

SANTIAGO, ITALIA
Longtime Italian director/writer/star Nanni Moretti’s latest is, unusually for him, a documentary, and more unusually still isn’t about an Italian subject—well, not exactly. It’s a powerful recap of the events nearly fifty years ago in which Chilean President Salvador Allende’s shortlived Unidad Popular government was overthrown by the nation’s armed forces and police in a coup that was partly engineered by the U.S. (after sedition had failed to swing the election against him). An admittedly turbulent struggle towards democratic socialism was terminated overnight, the new military dictatorship seeking to literally exterminate opposition amidst a brutal wave of arrests, torture and “disappearances.”

Those on the conquering side still claim they were preventing a turn towards totalitarianism (rather than instituting it), while denying crimes that many survivors remember witnessing or suffering all too well. In the film’s last half hour, however, the mix of archival footage and latterday interviews shifts to focus on those fearful, persecuted Chileans who sought refuge at Santiago’s Italian embassy—the last such institution to take them in. Some stayed for months, including a fair number of couples and children.

Eventually a number were allowed to emigrate, finding themselves welcomed with great sympathy in a mid-70s Italy where their politics were considered fairly mainstream, many remaining there for life. This is a thoroughly engrossing document that leaves an upbeat impression, even as its portrait of a punitive fascist regime’s takeover feels scarily relevant again. More info here.

THE PAINTER AND THE THIEF
Non-fiction filmmaking of a very different stripe, Benjamin Ree’s feature charts the strange relationship between the titular figures over some years. Barbora Kysilkova is a Czech artist who’s relocated to be with her new Norwegian boyfriend. When two of her large, photo-realist yet disturbing oil paintings are stolen from a gallery exhibit, she grows fascinated by and eventually builds a friendship with Karl Bertil-Nordland, the junkie ex-con convicted of their theft.

He barely remembers the incident, being “so wasted” at the time, and refuses to discuss what happened to the artworks. Nonetheless they grow close, despite Karl having by no means mastered his various demons once he’s out of jail again. The movie gives both of them space to talk revealingly about the other. If after a while we may find the painter’s fixation on her rather sexy thief a bit weird, there also comes a point where the tables turn, and she seems to need his support more than vice versa.

This absorbing verite study of two seemingly dramatically-disparate personalities is the kind of documentary to which you hope gets a “sequel” in 10 years or so—because after nearly two hours we’ve become invested enough in its subjects to require more closure than life or cinema currently allows. More info here.

ALICE
This new French drama is a modern Belle du Jour motivated not by curiosity but economic necessity. When the husband (Martin Swabey) of Emilie Piponnier’s titular wife and mother abruptly disappears, having already covertly emptied all their finances, she’s bewildered, then panicked, then furious. At immediate risk of losing her (and their toddler child’s) home, she finds herself working for the very escort service where her MIA spouse had squandered much of their money.

Surprisingly funny at times without being unrealistically frivolous about our heroine’s desperate situation, writer-director Josephine Mackerras’ debut feature is one of the better narrative features about sex work in recent years. But it’s also interesting in other ways, not least for the sympathetic portrait of various kinds of male fragility, and for Chloe Boreham’s character as a fellow escort who’s got a great attitude, but also her own set of issues. More info here.

CRIME, US AND UK STYLE: ARKANSAS AND VILLAIN
If you’re looking for the twisty satisfactions of a crime drama, but with a quirkier arthouse bent, either of these first directorial features by two established actors should fill the bill. A familiar nerdy face you might remember from the US incarnation of “The Office,” Clark Duke’s Arkansas adapts a recent novel by Andrew Boonkrong, casting himself and Liam Hemsworth as Southern drug runners given a front as workers at a state park under eccentric ranger John Malkovich.

Vince Vaughn essays another player in the so-called “Southern mafia” whose character path is glimpsed mostly in flashbacks, while Viveca A. Fox, Michael Kenneth Williams, Eden Brolin and others appear as colorful support figures. The slightly absurdist tone and sometimes violent seriocomic story recall the literary likes of Thomas McGuane. His works translated unevenly to the screen, as does this—but Arkansas is still flavorfully offbeat, with a lot of enjoyable aspects.

More straightforward, as well as more successful as a whole, is Philip Barantini’s Brit gangster opus Villain. Craig Fairbrass plays a tough customer released from prison to discover his little brother (George Russo, who co-wrote the script) has run their London pub nearly into the ground—while building up a drug-fueled debt that could spell far worse trouble.

You’ve seen this sort of thing many times before, but the director and his fine cast make up in skill whatever Villain lacks in novelty. It’s a gritty yet stubbornly likable exercise closer in flavor to something that might’ve starred Michael Caine or Bob Hoskins back in the day, rather than the kind of hyperactive wiseguy dress-up party Guy Ritchie has specialized in. Both it and Arkansas are available via most standard streaming sources.