More
UncategorizedSoda industry says evictions are comparable to the price...

Soda industry says evictions are comparable to the price of a Dr. Pepper

By Marke B.
March 3, 2014
Share on FacebookShare on TwitterShare on LinkedInShare on RedditShare on Email 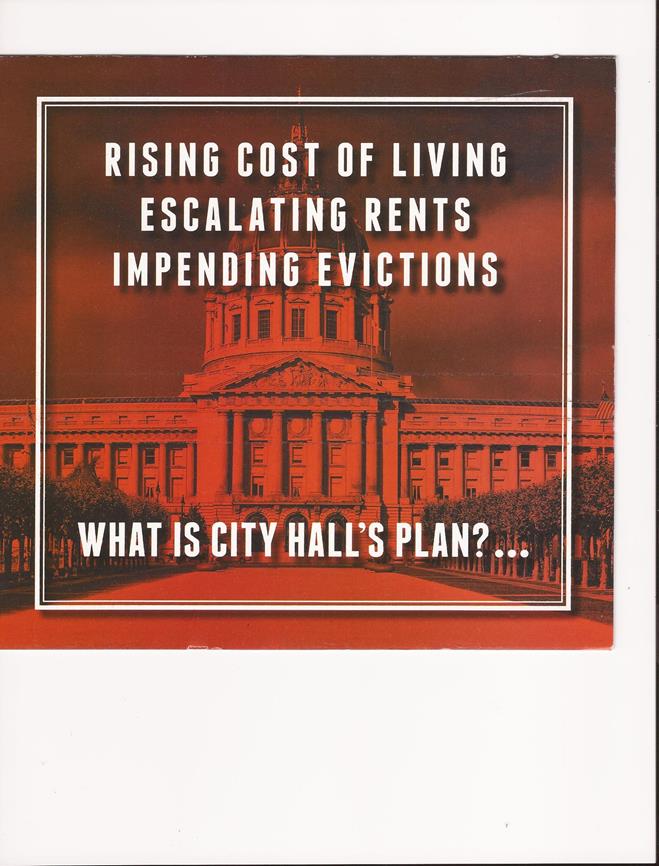 March 4, 2014 — Political campaigns are full of hyperbole. But a mailer from the American Beverage Association that arrived at my house yesterday has to be some sort of new record.

It starts off warning of what we all know – the cost of living is going up, rents are soaring, evictions are driving people from their homes – and then it tells us what we REALLY need to worry about: The cost of a can of soda.

“While Mayor Lee is trying to address affordability, two supervisors, Scott Wiener and Eric Mar, are pushing a new tax on certain beverages, like sports drinks, juice drinks, sodas, and teas. They say it’s to make our city healthier, but we all know that taxes don’t reduce obesity rates.”

Now: How many things are wrong with that statement?

The first is that the aim of this law is sugary drinks, not “teas.” You can still buy a cup of tea at your loccal café without paying a tax. On the other hand, a can of “ice tea” that’s has about 20 teaspoons of sugar … yeah, that gets taxed.

Actually, the first is that anyone would seriously consider a comparison between the cost of housing (a necessity of life) and sugar-laden drinks is nuts. (more after the jump)

Previous articleDouble-crossed by the DEA: The story of an undocumented informant
Next articlePolitics on Tuesday: Yee cancels fundraiser at Ellis-eviction law office