The sugary drinks debate gets crazy 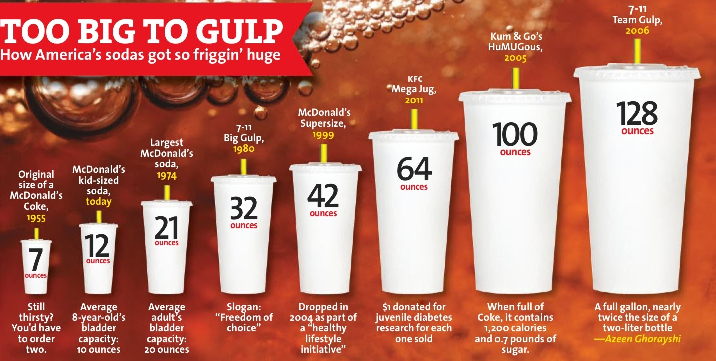 APRIL 16, 2014 — We’ve all heard the news of how sugary drinks are horrible for you. The public health evidence is pretty clear: Drinking sodas and sport drinks with as many as 30 teaspoons of sugar in them is directly related to diabetes, obesity, heart disease, tooth decay, and all sorts of other bad health outcomes. We know, according to the Department of Public Health, that between $48 million and $61 million is spent on medical treatment in San Francisco that can be attributed to the use of sugar-sweetened beverages, and $10 to $28 million of that comes from the taxpayers.

We know that there are plenty of studies on this. We know that low-income communities are hit particularly hard. We know that if you consume two or more sugary drinks a day, your chance of getting diabetes increase by 26 percent.

We know there’s a diabetes epidemic in San Francisco.

We know that there are a lot of bad things people can eat and drink, but sugary beverages are qualitatively different. At a hearing today, doctors, nurses, and public-health professionals testified that consuming that much sugar (often in the form of high-fructose corn syrup) in the short amount of time it takes to drink a soda or sport or energy drink has a particularly detrimental impact. The sugar overwhelms you liver – and tells your brain it’s still hungry, even if you’re eating at the same time.

We know that the legislation that the Board of Supervisors is considering would tax sugary beverages at the distributor level, not at the retail store level. Yes, it would drive up the price of these drinks to consumers; that’s the point. It would almost certainly decrease the amount of the stuff sold in SF. That’s also the point. And it would bring in money to fund programs for healthy eating, health awareness and exercise in the public schools and citywide.

We know that the beverage industry is trying to line up small businesses to oppose the tax – with some rather deceptive practices.

With all of that in mind, the opponents turned out at the hearing – and it was a bit crazy to watch.

Lisa Katic, a representative of the American Beverage Association and a registered dietician, testified that “food, not drinks, is the main source of sugar in the diet.” Nobody argues that point, but sugary drinks are worse than sugary food. Then she said that public health “starts with education, not laws or regulation,” which is news to anyone who believes that the state should forbid the sale of cigarettes and alcohol to minors.

We heard the usual line about regressive taxes, which is at least a point – yes, the consumers of soda (and cigarettes) tend to be lower-income people. But Ken Tray, political director for the teacher’s union in San Francisco, noted: “What’s more regressive than a student with a toothache who can’t afford a dentist and can’t pay attention in class?

It went downhill after that. One person argued that the soda tax was an attack on the city’s booming economy: Tech workers live on caffeine, and they really like soda, so if you make them pay more for soda, they will apparently stop writing code and all of our smart phones and Twitter feeds will crash.

Then he channeled Martin Neimoller, implying that the soda tax was something like the holocaust, and ended up by warning us all that “they’re coming for your honey-baked ham next!”

Another speaker denounced the city for “taking away our right to have a soda pop.”

Sup. London Breed was the only member of the board who seemed to have problems with the tax. She said that her own informal survey of kids in her neighborhood showed that they drank sugary beverages and didn’t have diabetes. She also said that there are other products that have processed sugar in them in the same amounts as soda and asked why the city doesn’t tax everything with added sugar in it.

“We tax tobacco, not cigarettes,” she said.

Actually, Sup. Eric Mar noted, the state has a special tax on cigarettes, not on tobacco.

So I think all of our honey-baked ham is safe, for the moment.