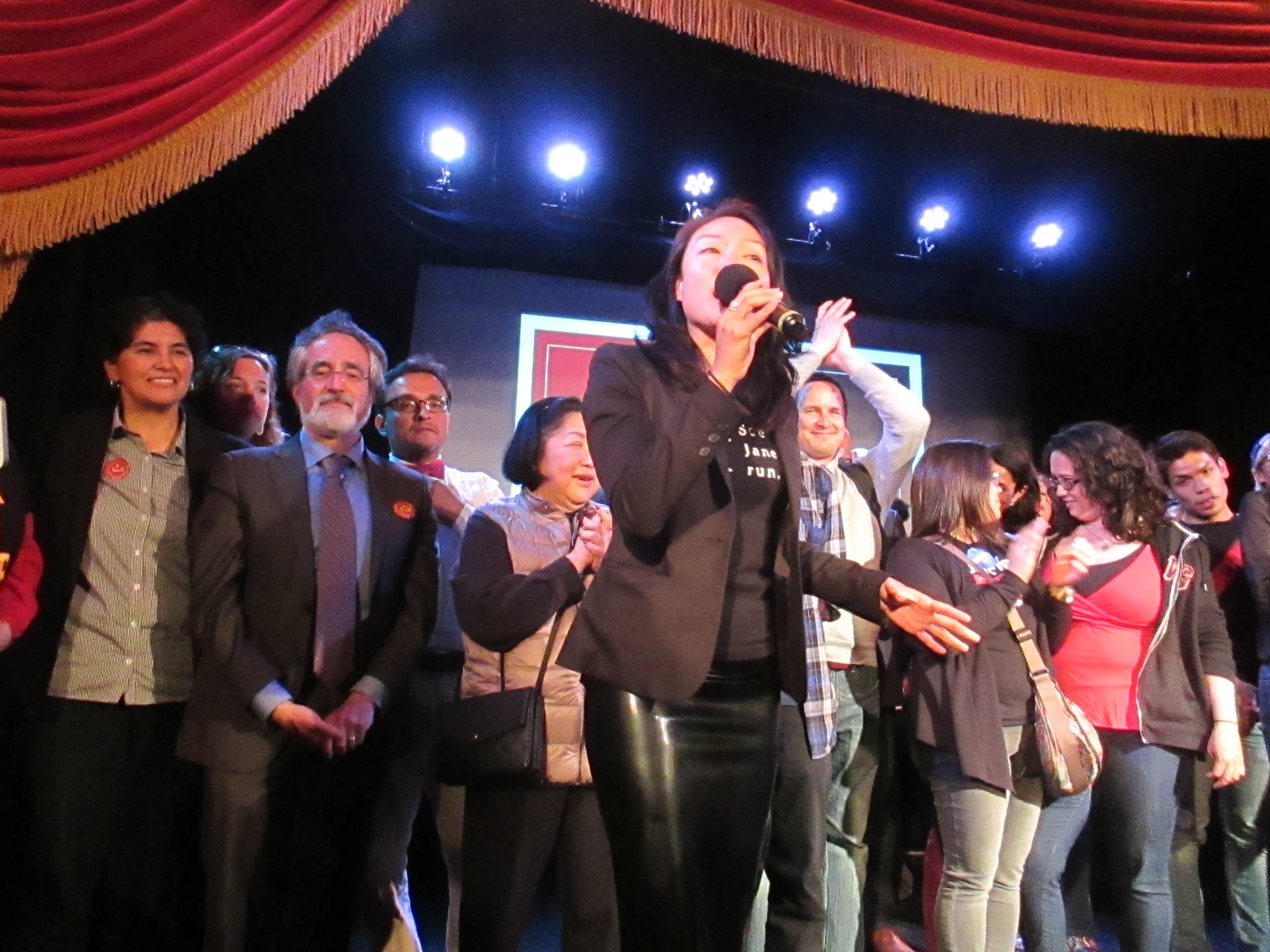 A day after Supervisor Jane Kim spoke to a packed auditorium full of supporters about housing and transportation policy, the Chronicle (which ignored the forum) posted a big story that would change Kim’s politics forever. The in-depth piece talks about an important aspect of Kim’s politics, and that of any other female politician — her love life.

At long last, the important question about whether Kim is dating has now been answered. We can all rest easy now. After all, what’s an election without subtle sexism?

Did you find yourself up at night wondering whether Kim would ever find a man, because of course this would have a direct impact on her work on ensuring and protecting the rights of tenants in the city or making sure the budget is spent correctly?  It’s simple — how can a woman ever think about housing policy without focusing on building a home and a family for herself? With a man on her side Kim will now make these decisions more confidently. Heck yeah, she’s now responsible enough for the Senate too.

Missouri Senator Claire McCaskill told  Cosmopolitan about some of these challenges in 2015: “I had a pair of jeans that I wore to a legislative softball game and there were a number of my colleagues that would come up to me every day and say, ‘When are you gonna put those tight jeans on again?'”

The story by Matier and Ross refers to the state Senate hopeful as the “onetime law student,” of the man she is dating; all hail “young woman dates old professor” fetishes. Never mind that the age gap between them is about six years and no matter when they apparently started dating both individuals were well within the age of consent.

The piece goes to length to describe the work and credibility of the man Kim is supposedly dating — but her qualifications are an afterthought. The most pressing argument in the piece is whether or not she’s responsible for breaking the marriage, without a thought on the man himself or his former wife having played any role in the demise of their own marriage.

Forget her two terms on the School Board, her time on the Board of Supes ,her work as a civil rights lawyer and community organizer: Kim’s biggest qualification is that she’s successfully dating a man.

Then there’s the case of the comparison between Kim’s alleged relationship with a previously married man and that of repeatedly disgraced Anthony Weiner. It’s a solid case if you look at it, of course, because two consenting adults deciding to end their marriage and moving on to new partners is pretty similar to a disgraced former mayoral candidate who can’t stop himself from sending dick pics to women online, not even when his 4-year old son is lying beside him in bed. And the collection of these “scandals” are directly linked to the Clinton campaign because a woman presidential hopeful should at least be capable of keeping her women in check.

The epidemic of homelessness, police brutality, corruption, teachers unable to live in the city, are all issues of the past San Francisco; apparently, America’s biggest problem today is women’s politicians and what goes on and between their legs.

Sexism is more insidious when it’s implied because it is consumed beyond the realm of consciousness. Blatant sexism can be dealt with, but it’s the subtler sexist cues that need to called out and quashed. What’s happening here is aversive sexism and it needs to end.