Although the shooting appeared to be an accident — the fatal bullet ricocheted off the ground — conservative commentators repeatedly used Lopez Sanchez’s seven prior felony convictions to argue he was a serious criminal.

But a review of Lopez Sanchez’s criminal record shows his convictions are for relatively minor offenses, none of which involve a crime of violence, weapons offense, or even theft charge.

First, all of Lopez Sanchez’s narcotics convictions are more than 20 years old. They occurred in Washington State: three “possession” and one “possession with the intent to sell” offenses.

The most serious of these, the 1993 possession for sale offense, was a weak case. Police allegedly observed Lopez Sanchez in a transaction, but when was arrested, he had no money in his possession. Police discovered a piece of plastic in his jacket containing material that later field-tested positive for cocaine. Lopez Sanchez pled guilty to a probationary sentence — not knowing the conviction would ultimately cause him to spend 18 years in federal prison.

The conviction had magnified consequences, since federal immigration laws categorize any drug sale (or possession for sale) as an aggravated felony making any illegal reentry to the U.S., much more serious. He was now labelled a “drug trafficker” under the law, even though the case was minor, thus equating him with those who’ve been deported after serving sentences for murder, rape, and kidnapping. (8 U.S. Code §1326).

As a result, whenever he entered the U.S., Lopez Sanchez faced 20 years in prison just for crossing the border. Not surprisingly, each time he appeared in court, he plea-bargained his cases, for five, six, then seven years when given the chance. Yet, none of these illegal reentry sentences would have been imposed if he didn’t have the “drug trafficking” conviction 25 years ago; otherwise he would have been facing one or two years in jail each time he entered the country.

Similarly, whatever you may think of drug offenses, Lopez Sanchez’s aren’t serious. States like California and Oregon are decriminalizing drug possession, making many of these offenses misdemeanors. Minor sales cases don’t disqualify you for drug treatment either. But in the early 90s, the drug war was in full swing. Lopez Sanchez is one of its casualties.

A research team at Syracuse University found that immigration prosecutions like Lopez Sanchez’s make up more than half of all criminal cases brought by the federal government. The cases are the “low-hanging fruit” of the federal judicial system since the accused rarely contest them – they usually take two court appearances to resolve. By comparison, prosecutors refuse to prosecute nearly half of the white-collar cases referred to them, while they charge 97% of the immigration cases.

As it stands, immigrants comprise the largest growing percentage of inmates in our federal prisons. A recent U.S. Government Accountability Office report found that “almost seven in every 10 foreign prisoners in U.S. jails are Mexicans” and that “[m]ost of the prisoners were convicted for immigration offenses (65%).” Federal Bureau of Prisons statistics (Aug 2015) show that nearly 16% of all federal prisoners are Mexican nationals with the number rising to more than 20% when Central and South Americans are included. In total, foreigners make up more than 25% of the U.S. prison population.

Taken together, Lopez Sanchez has spent 18 years in federal prison, plus a year in jail for the convictions from the early 90s. This exceeds the time he ever lived in Mexico as an adult. That’s two decades of imprisonment for non-violent offenses.

Juan Francisco Lopez Sanchez is being portrayed on the national stage as a dangerous felon without ever having been convicted of violence. 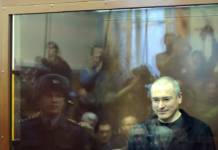