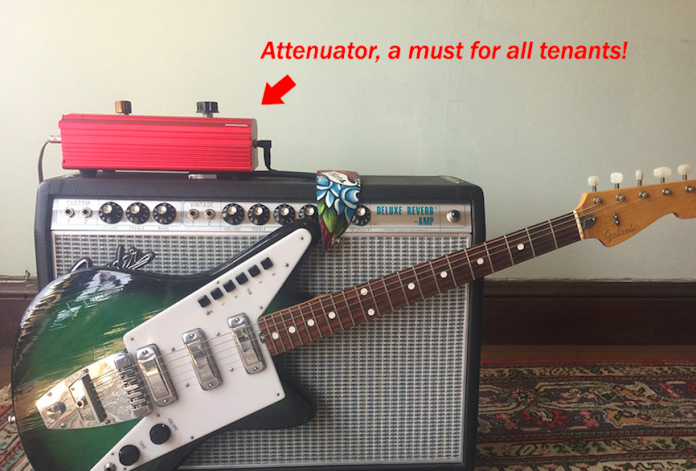 Editor’s note: It’s hard to be a renter in San Francisco these days; some landlords are constantly looking for ways to squeeze out more rent money, to replace long-term tenants who are paying below-market rent, or to make your life more difficult so that you’ll leave. Tenant lawyer Dave Crow is here to answer your questions every Wednesday at 48hills. You can send him queries at askdave@48hills.org. 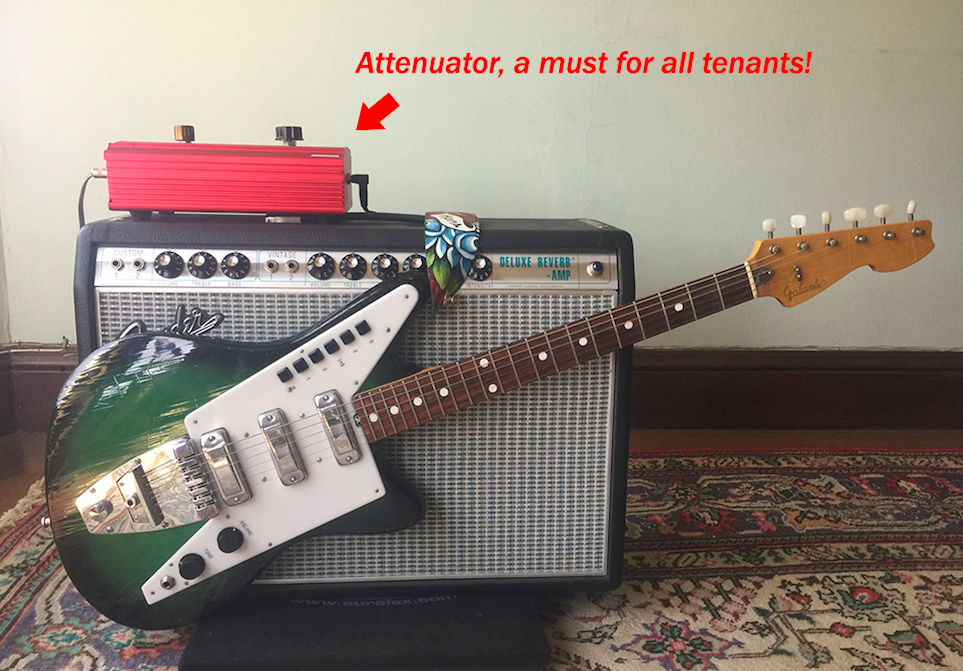 TENANT TROUBLES Since I began practicing as a tenant lawyer, I have always been appalled that a landlord could evict a tenant for “illegal” subletting (adding roommates without permission). I maintain that it’s not a landlord’s business to approve of a subtenant as long as the original tenant keeps paying the rent and doesn’t burn down the building:

It doesn’t make sense to give the landlord a say in picking your roommate. The original tenant or tenants are still responsible for paying the rent. The landlord retains all of his remedies to collect and to repossess the unit if the rent isn’t paid. Yet, in San Francisco the landlord is allowed to evaluate a potential roommate’s credit score; old bankruptcies; past unlawful detainers and anything else that could be argued to be relevant. The law isn’t clear on what is relevant.

Over the years I’ve answered many questions from tenants asking about adding a roommate,  like this one from 2014

I recently came across this post from 2011 I’m facing a similar situation (though haven’t gotten to the stage of asking my landlord yet, just want to know my rights before I start the process). I live in a two-bedroom, rent-controlled apartment, and I’m the only one on the lease. My lease forbids subletting and says I need the landlord’s permission to add occupants.

My boyfriend would like to move in with me so we can both save on rent. I’ve seen references to a law passed in 2009 that you can add roommates even if the lease forbids it. How does that law factor into the response you gave in the article above?

The 2009 law, referenced in the Los Angeles Times article linked to your question, would have barred landlords from increasing rent above 33 percent of a tenant’s income and allowed tenants to add roommates other than family members to help pay rent. It was passed by the San Francisco Board of Supervisors on June 23, 2009. The law was vetoed by Mayor Gavin Newsom, the rapacious, oily, narcissist and shill for the real estate industry, who could occasionally squeeze out a crocodile tear for tenants.

Now lieutenant governor, this “liberal” Democrat personifies Democrats everywhere. If you feel smoke blowing up your ass, it’s because your house is burning down.

I explained the current law, hoping that the tenant had sublet the unit in the past with the landlord’s knowledge and consent. But essentially, I had to conclude, given the state of the law regarding adding roommates at the time, “If your boyfriend isn’t replacing a former roommate, you might be better off marrying him.” Embarrassing, especially in San Francisco in 2014!

In 2015, the most important legislation for tenants adding roommates in San Francisco came in the form of the “Kim Amendments.”

Essentially the Kim Amendments amended Rent Ordinance § 37.9(a)(2) to include that a landlord cannot evict a tenant, despite provisions in a lease stating otherwise, for adding roommates to a rental unit so long as the maximum number of occupants does not exceed the lessor of two persons in a studio unit, three persons in a one-bedroom unit, four persons in a two-bedroom unit, six persons in a three-bedroom unit, or eight persons in a four-bedroom unit; or the maximum number permitted in the unit under state law and/or other local codes such as the Building, Fire, Housing, and Planning Codes. Because the Building, Housing, Fire and Planning Codes use a person per square foot calculation, they are often more lenient. One can almost always safely assume that the occupant per bedroom standard will apply.

Moreover, Rent Ordinance § 37.9(a)(2)(D) provides that a landlord must serve a ten-day notice to cure to evict a tenant for illegal subletting. If served, tenant can cure by simply requesting in writing with ten days, to add the offending roommate(s) and avoid an unlawful detainer (eviction lawsuit) altogether

So how would I answer the question today?

I would remind my reader that Lt. Governor Gavvin Newsom still remains a rapacious, oily, narcissist and shill for the real estate industry, who can occasionally squeeze out a crocodile tear for tenants—a typical “progressive” Democrat politician.

And I would refer her to either Rent Board Rules and Regulations 6.15A (absolute subletting prohibition in the lease) or 6.15B (lease requiring landlord’s written consent to adding roomates).

I would advise her to write the landlord to request the addition of her boyfriend and wait to see if he responds at all, or tries to refuse permission. In most case, that will be the end of the process, as most blanket refusals will be deemed unreasonable.

Finally, if the landlord insisted upon unreasonably refusing to add the boyfriend to the tenancy, I would advise my reader to file a decrease in services petition at the Rent Board to reduce her rent by half.

Whew! No more need for me to assert the Victorian implication that San Francisco requires partners to be married for legal cohabitation! Thanks, Jane.

How to Help Dave Crow Help You

Every once and awhile I will have to guess at a detail or two when I attempt to answer your questions. For example, I will often assume that a building was built before 1979, given the context of a question. When I make that assumption, it’s highly likely that I will assume that you live in a rent-controlled unit and answer your question using the standard of the San Francisco Rent Ordinance. That could be a problem for two reasons. If your building was built after 1979, it is not covered by the Rent Ordinance. Worse, what if you don’t live in San Francisco?

So, I thought it might be a good idea to give you a short list of details to consider and/or include when you write me.

When was your building constructed?

If you don’t know, you can find out by using the SF Assessor-Recorder’s website to find out. If that site is being funky (not unusual) ask around. Finally, take a look at your building. Victorian? That’s easy. The difficult ones are buildings built in the 1960s and 1970s, the big square ugly boxes reminiscent of the shit they’re building these days.

How many units are in your building?

That seems like a no-brainer. But it’s not so easy if you live in a single-family dwelling in which the landlord rents rooms. The Rent Board might consider each room as a unit depending on the facts. The other common scenario is the single-family house with an illegal in-law. Rent controlled? (By that I mean, subject to annual allowable increases?) Yes. This is a two-unit building because Illegal units are covered by the Rent Ordinance.

Do you live in a house?

Do you live in a condominium?

This can be difficult to ascertain if you live in a converted building. Ask the landlord or check the Assessor-Recorder site above. Condos are legal single-family dwellings, usually only subject to the just cause eviction provisions of the Ordinance. There is an exception, see Tenant Troubles: Are The Buyout Terms My Landlord’s Offering Acceptable?

How old are you? Are you disabled?

This may be applicable if you are a protected tenant under the Rent Ordinance.

How long have you lived in your unit?

This could be important to determine if you have a protected status or, as in the example above, if your tenancy in a house or condo is subject to price control.

How much is your rent?

Often this is the most important detail because it usually points to the underlying motive of the landlord for taking whatever action he is taking–he thinks you’re not paying enough rent.

What does your lease say about it?

The lease controls the terms of your tenancy. It is always helpful to me to understand how to apply the law to your problem when I know if there is an applicable term in your lease. For example, if you are having a problem adding a new roommate, I need to know if the lease absolutely prohibits subleasing or if subleasing is subject to the landlord’s written consent. The ordinance is different for each scenario.

If the landlord is harassing you, I want to know how. Does the landlord like to watch you sleep? It’s important to understand if your lease has a clause prohibiting pets and you just adopted a baby gorilla. It’s also important to know about the gorilla because other laws may apply. Sometimes little details can shed light on an issue you may not know you have.

Obviously, this format has its limits. If you know your unit is rent controlled you can just say so. I want the gory details that make your case unique. They help make this column more interesting and fun.

I’m at 48 Hills to answer your landlord-tenant questions every Wednesday, so send them to me at Askdave@48hills.org

The opinions expressed in these articles are those of the author and do not constitute legal advice. The information provided is general in nature. Seek the advice of a tenant attorney for any specific problem or issue. You understand that no attorney-client relationship will exist with Dave Crow or Crow & Rose, Attorneys at Law unless they have agreed to represent you. You should not respond to this site with any information that you believe is highly confidential.