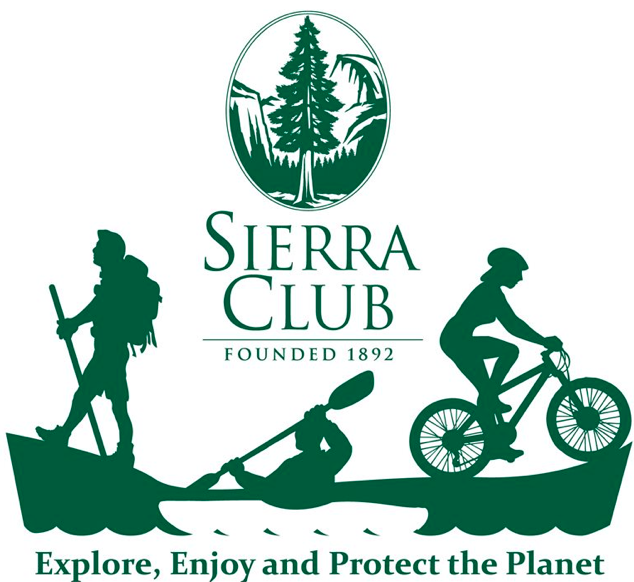 On February 19, the Sierra Club’s San Francisco Bay Chapter posted an entry on its home page blog attacking my article “The Sierra Club and the luxury-housing developer,” which had appeared on 48 hills two days earlier.

Under the headline “Setting the record straight (Yes, we’re for ‘Smart Growth’),” the unsigned piece begins: “Zelda Bronstein’s recent post on 48 hill contains inaccuracies, misleading allegations, and distortions.” The blog then offers general objections to the article, followed by a list of “corrections” to “false” and “misleading” statements.

I’m grateful for one set of corrections. I wrote that “[i]n the Bay Area,…the club claims nearly 60,000 members.” The Bay Chapter’s blog entry states: “There are around 35,000 members in the SF Bay Chapter, which covers four counties (Marin, SF, Alameda, and Contra Costa.)” I got my numbers from a too-hasty reading of the February 8, 2019, letter sent to the Metropolitan Transportation Commission on Sierra Club letterhead that begins: “On behalf of our nearly 60,000 members of the nine county Bay Area Region, the Sierra Club…” I’d noted only the signature of Bay Chapter Chair Igor Tregub and missed the accompanying signatures of the Loma Prieta and Redwood Chapters Chairs.

I take issue with the rest of the Bay Chapter’s criticisms.

As suggested by the phrase “Yes, we’re for ‘Smart Growth,’” one of the chapter’s major contentions is that my article inaccurately claims that smart growth, a.k.a. transit-oriented development, is a new policy for the Sierra Club:

The 48 hills post says: “There’s little doubt that ‘smart growth’ advocates are trying to shift the influential Sierra Club in their direction locally and nationally.” The problem there is that the Club is already a strong proponent of smart growth—and has been for decades.

Response: What I actually wrote:

As for the chapter’s other “specific corrections”:

“False statement: The Northern Alameda County Group gave ‘peremptory treatment’ to the proposed development of the North Berkeley BART parking lot.” The Chapter says that the NAC’s “October 2018 letter issued on the proposed development went though a standard Club process” that involved a staff draft, a NAC Ex Com review, and finally a letter to Berkeley Mayor Arreguín.

Response: My point, however, was that this process suffered from the same defect as the one that resulted in the letter about 1388 Bancroft that the NAC sent to the San Leandro City Council: little or—in the case of the BART letter—no opportunity for the club membership to weigh in. To my knowledge, before the October 18 letter was sent to Berkeley Mayor Arreguín, it never appeared on the agenda of any club committee. If so, how does that comport with the Jemez Principles for Democratic Organizing that the national Sierra Club adopted in 2014?

“Correction: When falsely accused of a conflict of interest, Sierra Club volunteer Tim Frank responded in writing: ‘I have no economic tie whatsoever to the developer of 1388 Bancroft in San Leandro.’ This clear statement should have settled the issue. Yet the author suggests that he owes her another response when she subsequently re-iterates the question.”

Response: Nowhere did I accuse Frank of a conflict of interest. Rather, I emailed him asking if he’d been paid to advocate 1388 Bancroft. As I wrote, his reply to my initial query was ambiguous. “[A]n economic tie” typically means an investment. The Sierra Club itself defines conflict of interest very broadly. From the national Club’s “Bylaws and Standing Rules:”

S.R. 2.2.5 (c)(i) A conflict of interest situation exists when any volunteer or staff member, or said person’s immediate family, or any party, group or organization to which said person has allegiance, has a direct or indirect financial or other material interest in a proposed contract, transaction, or arrangement with the Club, or in a policy or position of in the Club.

Frank’s response doesn’t mean that he or his organization didn’t get some sort of fee or donation related to his support. I understand that 48 hills would be happy to publish a clear reply if Frank offers one.

“False statement: The author suggests that her concerns about parking were unjustly set aside by the Northern Alameda County Group Executive Committee. Correction: This response was in line with Sierra Club transportation policy…,which recommends:  ‘Eliminate parking subsidies and minimum requirements to encourage shifts to biking walking, scooting, carpooling and transit.’”

Response: By “concerns about parking,” I assume the Bay Chapter means the parking of future residents of Tom Silva’s project at 1388 Bancroft. The concerns I raised were not mine; they were voiced by neighbors of the project. And the basis of my objection was that the NAC response conflicted with Sierra Club’s commitment to the Jemez Principles, not its transportation policy.

“Misleading statement: ‘Club members should ask that the national Club’s draft “Urban Infill Policy’ be placed on the agendas of local group and the Bay Chapter Executive Committee…’ Correction: Chapters and groups do not determine national Sierra Club policy, although input from local entities helped shape the policy.”

Response: Is the Bay Chapter saying that since Chapters and groups do not determine national Sierra Club policy, draft national positions should not be placed on local club agendas so that members can voice an opinion about them? If so, this seems to violate the Jemez Principles.

“False statement: The post states: ‘Ex Com members… went on to pass a motion to send a letter to the San Leandro City Council that supported aspects of the project that were consistent with Sierra Club policies.’ Correction: Though a letter in support of the project would have been consistent with Club policy, that’s not what the letter said, nor did it reflect what the Executive Committee voted on. What we voted on was to send a letter that communicated the Northern Alameda County Group’s density guidelines, which, though crafted more than a decade ago, are still consistent with today’s applicable National and State density policy and guidelines. Nowhere in the letter, nor implicit in the vote, was there a statement that the NAC Ex Com supported the project. Affordability was the primary sticking point, and the main issue based on which they couldn’t support the project outright.”

Response: I reported that the letter stated that it was not endorsing the project. To the best of my recollection, the NAC Ex Com voted to ask that a letter be drafted expressing support for aspects of the proposed project at 1388 Bancroft Avenue that were consistent with Club policy. The Chapter writes: “Affordability was the primary sticking point, and the main issue based on which they couldn’t support the project outright” [emphasis added].

That’s my point: The NAC letter implicitly supported the project with reservations.

Does the Bay Chapter leadership believe in democratic process?

After I questioned the NAC’s decision to send a letter to the San Leandro council, NAC Ex Com member and Bay Chapter Chair Igor Tregub sent me an email noting that I wear two hats, that of a journalist and of a Sierra Club member; reminding me that club policy bars journalists from Ex Com meetings; and asking which hat I was wearing. As I wrote in 48 hills, I’d heard that policy before but couldn’t find it in any posted club bylaws or rules.

I still can’t find that policy in any Sierra Club bylaws. But on February 22, I saw it for the first time in a Sierra Club document—specifically, at the bottom of bottom of each page of the NAC Ex Com’s February 25 agenda, where the following announcement appears:

working press, and may not be reported publicly.

As a non-profit, which is to say private, entity, the Sierra Club may legally close its boards meetings to the public. But prohibiting even members from reporting publicly what transpires at those meetings poorly comports with the Jemez Principles and with these “Affirmative standards of conduct” embedded in Section 2.26(a) of the national club’s bylaws and standing rules: “Foster an open democratic decision-making process” and “avoid cliquishness, behavior that fosters ‘insider’ vs. ‘outsider’ culture.”

[Note: According to my notes, the motion passed by 5-3, with Chris Jackson joining Sophie Hahn and Toni Mester in voting No. In response to my query, Xavier Johnson, who was not present for the initial vote, told me that he later voted to approve the drafted letter via email.]

Compare the bare-bones “action” minutes with the account of the NAC’s proceedings in “The Sierra Club and the luxury-housing developer.”

Add to the cursory minutes and the closed Ex Com meetings rule, the ban on criticizing adopted club policies in the Bay Chapter’s newsletter, the Yodeler.

Then ask yourself—and more to the point—ask the Bay Chapter leadership: How are Sierra Club members who live in Marin, San Francisco, Alameda, or Contra Costa Counties supposed to find out what their elected club representatives are up to? And how does the chapter leadership square its secretive style with the Sierra Club’s professed commitment to “an open democratic decision-making process”? And does the chapter plan to place the draft Urban Infill policy on any Ex Com agenda before it’s finalized by the club’s national board?