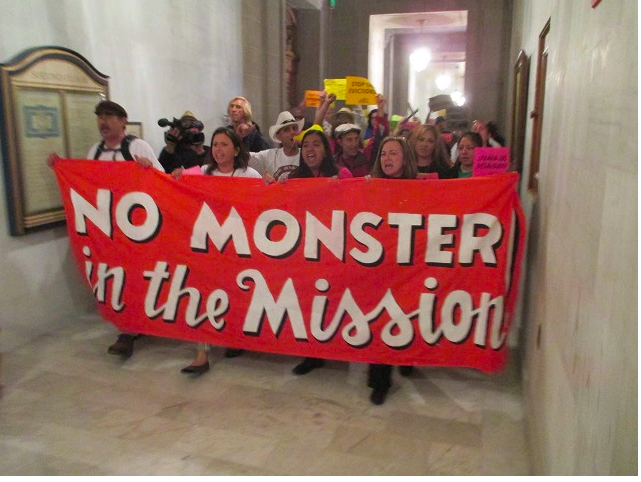 Several members of the Planning Commission expressed concern this week about SB 330, a bill by Sen. Nancy Skinner that is supposed to speed up housing development– and one commissioner said the city needs to oppose it.

Jacob Bintliff, senior planner for policy, told the commissioners Thursday/27what the bill would do (his memo is here). The measure would block cities like San Francisco from any measure that decreases housing density, anywhere, unless the city upzones to increase density somewhere else. There can’t be any rules the delay or restrict new housing.

That’s an issue in SF in areas where the city is trying to preserve blue-collar jobs by protecting what’s called Production, Distribution and Repair, or PDR, which is not typically compatible with housing.

Oh, and the rules include community-driven ballot initiatives: A measure like Prop, I, the 2015 Mission Luxury Housing Moratorium, would be illegal under SB 330.

Also: SB 330 bans the sort of neighborhood design standards that are a part of several area plans, including the Calle 24 efforts to preserve part of the Mission as a Latino Cultural District. Peter Popadopoulos, who works with the Mission Economic Development Agency, testified that those rules are a serious problem.

“We see bills like this coming forward that to make the bold claim at the opening that one of the principal goals is to reverse historic discrimination, and then turn around and say we have a one-size-fits-all market rate market-based solution that doesn’t provide equitable identification of vulnerable communities, that doesn’t make sense as a framework, it just doesn’t,” he said.

“We are putting in urban design guidelines on Mission Street. These are things we have all done with you and said, this is the way we are going to make equitable outcomes. And this says, no, none of those things matter.”

In essence, Bintliff said, if a project is consistent with the existing zoning density, it must be approved. That, for example, could limit the Planning Commission’s ability to reject something like the Monster in the Mission.

There’s another element that a lot of speakers – and commissioners – found particularly disturbing. In the name of “streamlining” development, SB 330 would limit to five the number of public hearings on any project.

And continuances count. So do appeals. So do community meetings and workshops.

Let’s look at how housing development actually works in San Francisco. Often, a project gets on the Planning Commission agenda – but community activists oppose the project, and a district supervisor gets involved, and all sides agree to a continuance to see if they can work out a solution. Sometimes that happens two or three times, as the discussions continue.

Sometimes, the developer sets up a meeting with the community. Under SB 330, that counts.

Then the commission votes on the project (now we’re at Hearing Number Three or Four or even Five – all with the consent of the project sponsor). At a certain point, Skinner’s bill would prevent the community from taking the issue to the Board of Appeals or the Board of Supes; sorry, you’re out of hearings.

(The commission has already held one community hearing on the Monster in the Mission. the developer has held one, too. Oops — the clock is ticking.)

“This bill, by doing a number of things to speed up the process, including limiting the total number of hearings an item can have, removing some items off the table entirely, but you have no voice, no discretion, and it really systematically limits and silences the community voice on a lot of important matters, places where equity has really been found over and over again,” Papadopoulos said.

Land-use lawyer Sue Hestor was more direct: “We are heading toward the elimination of the Planning Code and the Board of Appeals,” she said.

Commissioner Dennis Richards talked about what he called the “greased-pig syndrome:” There are so many bills in Sacramento that would take away the ability of cities to do rational planning. He spoke of Sen. Scott Wiener’s new version of SB 592, a gut-and-amend bill that seeks to sneak housing policy through without full hearings. Under the Wiener bill, he said, a developer could demolish a 1,200-square-foot house and replace it with a 5,000-square-foot mansion as long as it had a 400-square-foot second unit in the basement.

“This is getting ridiculous,” he said.

Then there’s the Skinner bill “right-of-return” provision. If a developer tears down existing housing to build something larger, the existing tenants are supposed to get relocation assistance and the right to return at the same rent – but the relocation assistance is radically inadequate for someone who lives in a rent-controlled unit and will have to move to a market-rate unit for the long period, often years, of demolition and construction.

Richards said the commission, and the supes, should pass a resolution opposing the bill, which comes up for its next hearing in the Assembly Local Government Committee July 10.