Repulsion to Trump is expanding beyond the liberal enclaves.

On Friday, July 12, about 400 protesters gathered on the steps of the Yuba County Jail in Marysville to protest what is believed to be the only ICE detention center in Northern California. Part of the national “Lights for Liberty” mobilizations, the rally was an indicator that repulsion to Trump’s draconian family separation policies is finding a voice far beyond traditional liberal enclaves.

The Yuba County Jail has an ongoing contract with ICE to incarcerate up to 180 immigrants a day. According to the Fresno Bee, this arrangement accounts for more than half of the jail’s overall population. In June, 15 detainees staged a week-long hunger strike there decrying alleged conditions at the jail which included unhealthy food, a lack of access to showers, and cockroaches and rodents.

Yuba County, 125 miles north of San Francisco, voted overwhelmingly in favor of Donald Trump in the November 2016 General Election.  Yet during 2010-2016 the  Latinx and Asian Pacific Islander population noticeably increased. Rural Yuba’s changes are part of the nation’s overall shifts. Much of the attention has been focused on the racist right’s renaissance. Equally important is how counties like this are seeing their own resurgence of progressive organizing now. Lights for Liberty events occurred in over 500 cities.

The event was organized by NorCal Resist and a broad coalition of organizations from the surrounding area: Abuelas Responden/Grannies Respond, Showing Up for Racial Justice, Elk Grove United Church of Christ, Indigenous Support Collaborative, Service Employees International Union 2015, and the The Decolonization Project, among many others. The security detail for the rally was staffed by a small group of tattooed people, clad in black, quietly keeping an eye out for counter-protesters who never arrived. 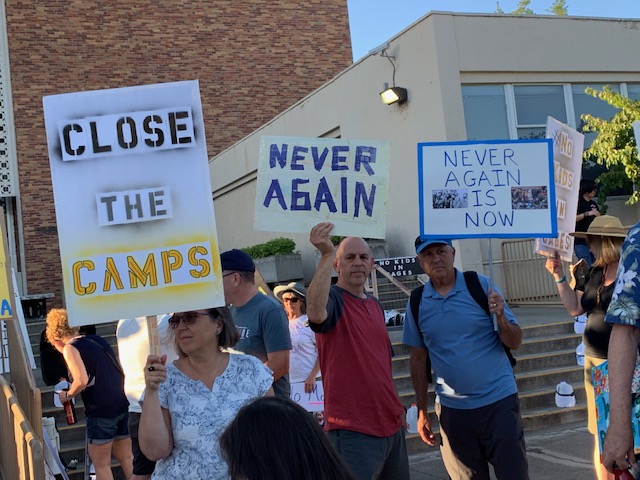 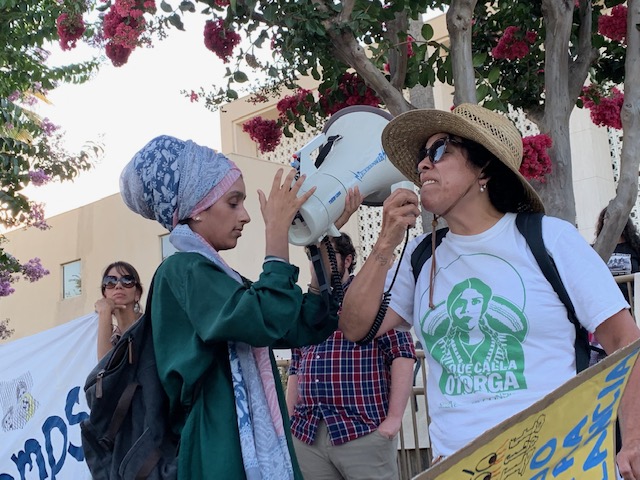 The rally began with a real-life example of how the crisis on the border is calling questions of colonization, migration and representation in the resistance. A chorus of women led the group in singing some of the staples of protest songs such as This Little Light of Mine and Roll the Union On. Within the first few lines of Woodie Guthrie’s This Land Is Your Land, several voices from the crowd loudly denounced the tune as a “colonizer song.” The chorus relented and relinquished the mic to a woman who spoke about the indigenous history of Yuba County. “This is a learning experience,” one woman who identified herself by the name of Liz told me, “Learning how to build a movement when we all start off from such different understandings.”

Speaker after speaker drew out connections to the rise of fascism, yet a sense of optimism remained. There was a sense that this crisis could be overcome, and attendees were urged to keep showing up. Passionate calls to “Shut It Down,” did not materialize into Direct Action this time. The group led a visually touching march around downtown before dispersal. Still, one got the feeling of getting a glimpse of a growing movement for human rights in California’s often ignored rural communities. 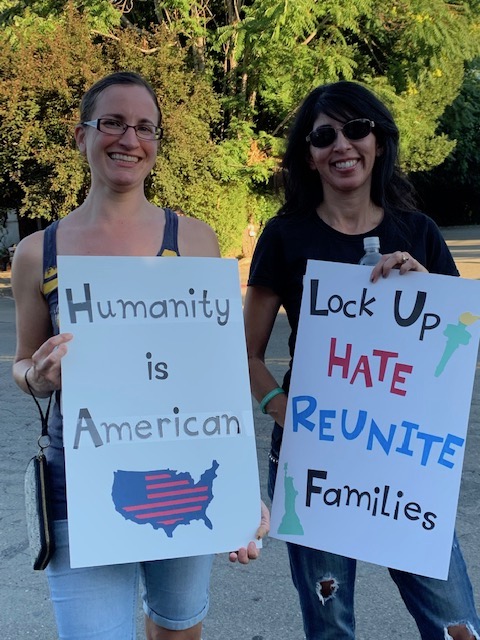 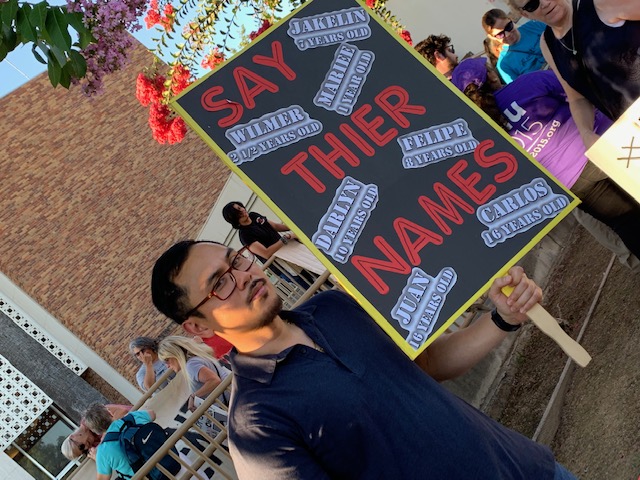 Sondee Khoonsirivong is a rank-and-file member of the Service Employees International Union Local 2015. Khoonsirivong has been spending the past few years learning the art of activism and the ethos of showing up.

“We are here to demand that they shut down the last immigrant detention center in Northern California. Children belong with their families, where all children belong,” she went on. “Our union was founded to fight for the rights of workers, not just our own members. This is just a part of that. Since I have been active in the union, I have seen a lot of activism grow here. We shouldn’t have to wait for the government to say you can do this — protest is there is disrupt the system and get your attention for a good reason.”

All about most people: Illuminating the history of the California labor movement