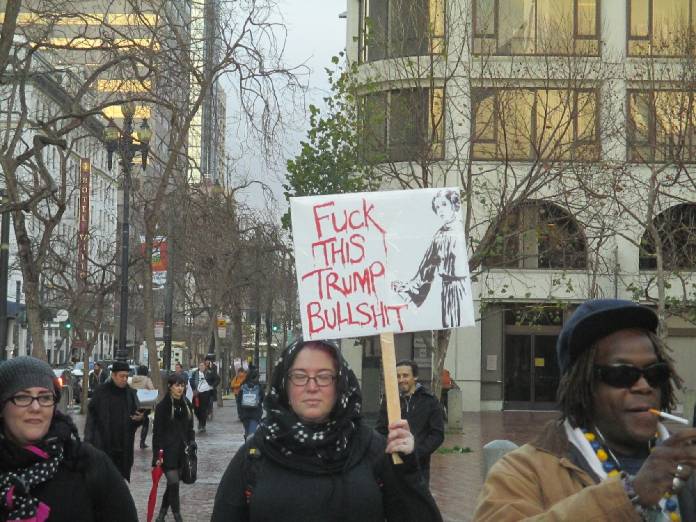 “And so begins the resistance,” Tom Temprano, a newly elected member of the Community College Board, told me.

We were standing in the pouring rain, halfway between the labor rally outside of Carl’s Jr. on Market and the beginnings of the larger march coming together at UN Plaza.

The weather was awful. And yet, somehow, there were thousands of people trickling in. They were young and old, they were veteran activists and just folks who couldn’t stand what was happening and wanted to be counted.

One middle-aged couple, who had recently moved to the city from the East Coast, asked me what they could do, what group they could join, how to get involved. They live in the Marina, and worked for Hillary Clinton in Colorado. They were wondering if the local Democratic Party was a place to start organizing.

I told them that I wished it was. It’s getting better, now that the real-estate industry no longer controls it, but it’s not the center of anti-Trump resistance that it could be. 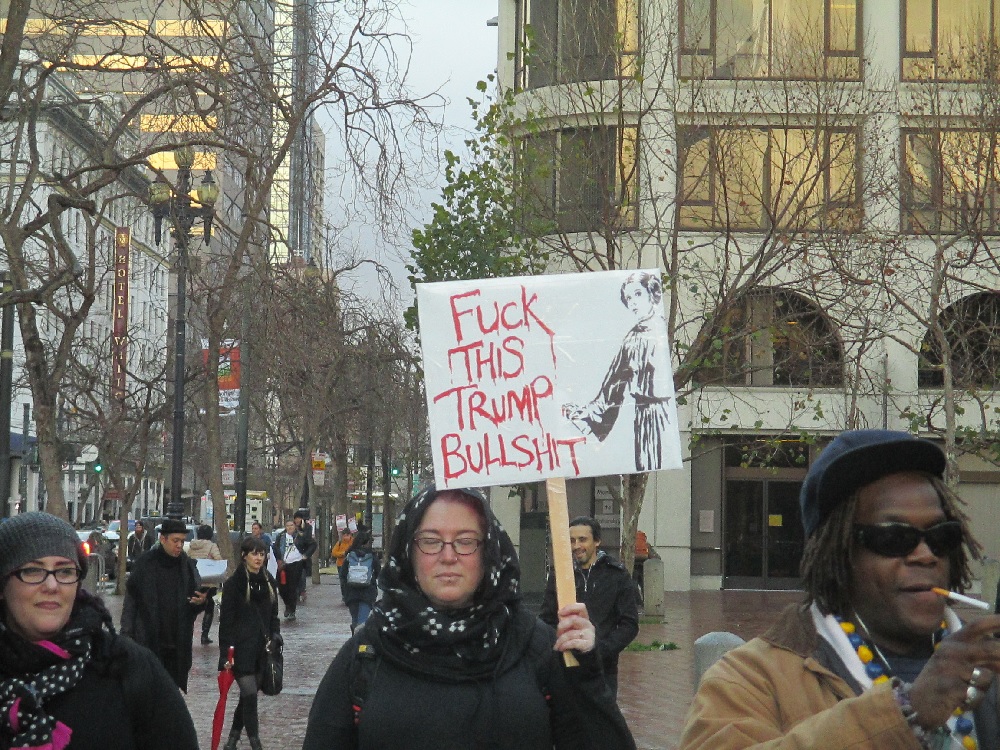 The anti-Trump resistance here needs to be local. We can, and should, and will, march in the streets and make statements and demonstrate that this city, and the people who live here, do not find the Trump presidency legitimate or acceptable.

The Trump Era arrived with thunder, lightning, and floods in this city. It’s been snowing in the Sahara Desert. The climate-change-denier-in-chief took the oath of office with the most bizarre inaugural speech in modern history: Even the folks at CNN noted that his address was “unusual.” 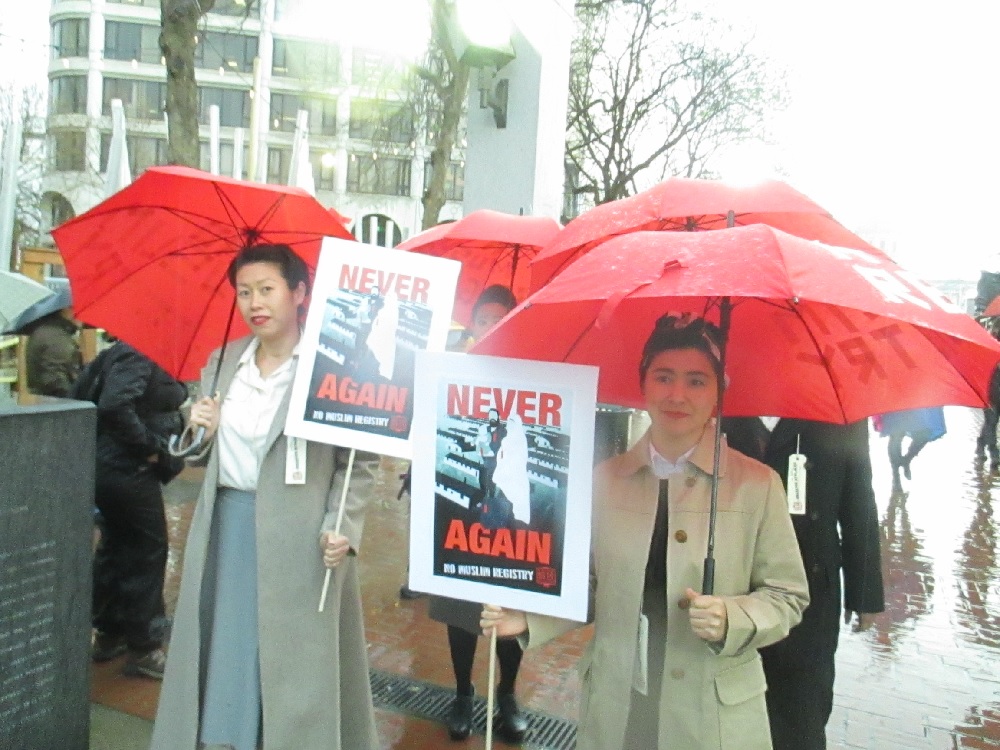 It was surreal, and I can’t think of a better word, to watch the inauguration and parade and to realize: Yeah, this guy – possibly the least qualified person to run the United States in modern history, a bad landlord, corrupt and failed real-estate developer and reality-TV-show host – was actually moving into the White House.

There were people on hand to witness the event, and crowds lining the streets. They were a tiny fraction of the size of the crowds when Barack Obama was inaugurated.

I watched as riot police shot tear gas and stun grenades into a crowd of protesters, who were throwing rocks and bottles. I fear that is just the beginning.

I’m not an historian of the presidency, but I can’t think of anyone in my lifetime who took office for the first time with such low popularity ratings. And yet, he and his party control both houses of Congress, the White House, and soon the US Supreme Court.

And he will preside over a cabinet that, in general, doesn’t believe in public schools, climate change, labor regulations, environmental protection – or, for the most part, the general concept of government as a positive force.

That’s one of the most alarming things we are going to face: The right wing oligarchs know that government can be, and has been, a force for the good of the many against the few, and they hate that. And now they are in charge. 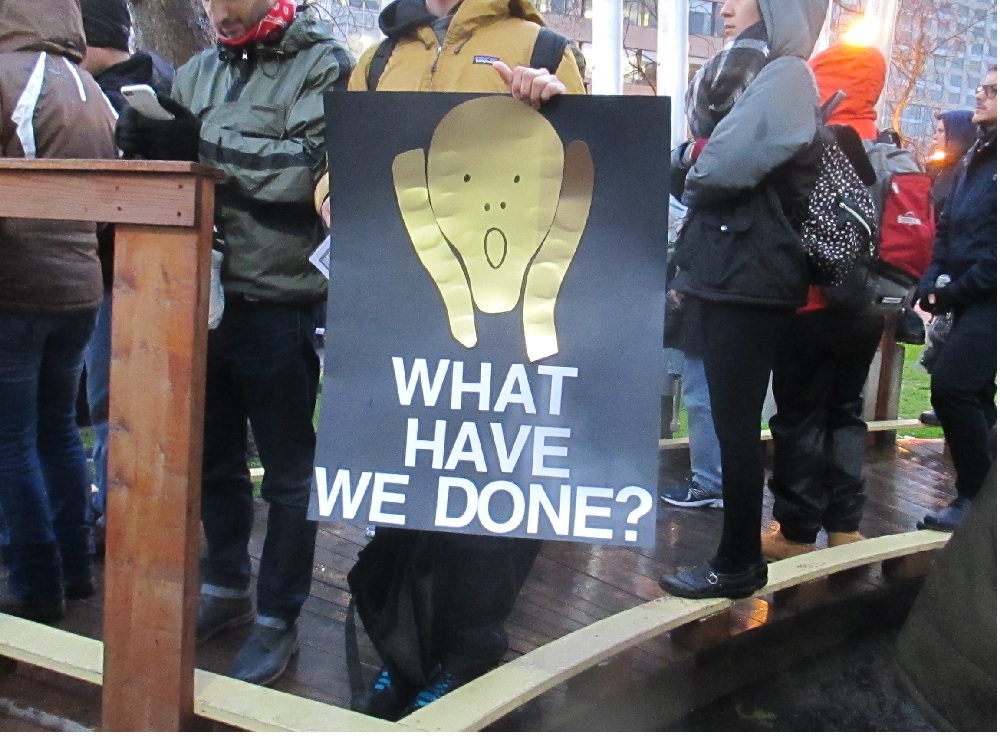