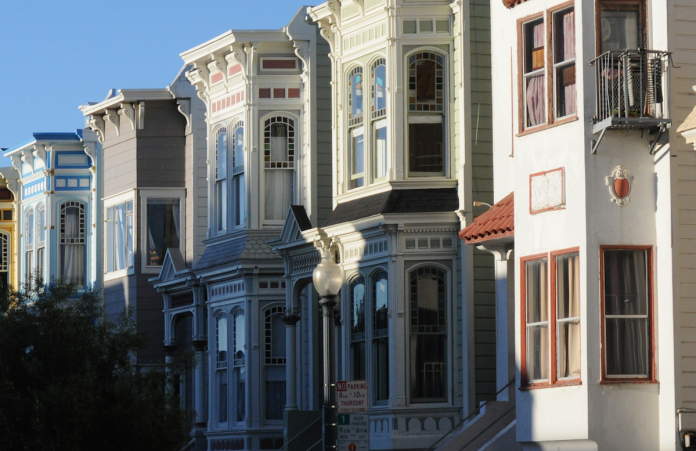 You read that right: The California Democratic Party supports rent control and just cause for eviction.

This is a big deal. Many California Democratic lawmakers are in the pocket of the real estate industry, just like Republicans. They regularly vote against tenants to make sure they continue getting landlord and realtor money. Just recently, only 24 of 80 legislators voted for Assemblymember Rob Bonta’s bill to stop Ellis Act evictions of SRO hotel units in Oakland. If you are scratching your head as to how a narrow bill to stop evictions of some of the most vulnerable tenants in Oakland could lose by a landslide in the California Assembly where Democrats have a two-thirds majority, you obviously haven’t been in the halls of the Capitol recently, where landlord and realtor lobbyists are ever-present and legislators shamelessly parrot industry talking points.

What is increasingly clear is that the Real Estate Democrats are out of step with voters and grassroots party delegates who overwhelmingly support rent control and eviction protections. In this time of high rents and unfair evictions, calls for basic renter protections are getting louder. For the first time in over 30 years, new California cities (Richmond and Mountain View) passed rent control last year at the ballot. Already this year, three more California cities have passed local just cause for eviction laws. Breaking new ground at the state level, there is a bill, AB 1506 (Bloom, Chiu, Bonta), to repeal the dreadful state Costa-Hawkins law that prohibits cities from passing stronger rent control laws.

“We talked with delegates from across the state about this issue at the convention, and their excitement was palpable,” noted Deepa Varma, a delegate from AD 17 and one of the resolution’s authors. “Rents are going sky high in their districts and they want tools to keep people housed.” Varma also authored a successful resolution calling on the state to invest more in affordable housing. Both resolutions were heard on an urgency basis. Of more than 100 resolutions, only about 18 were prioritized to be heard on the convention floor, including the two housing resolutions.

On the convention floor, activists were energized. Delegates from across the state chanted “housing is a human right.” Tenant and labor leaders like Varma (SF Tenants Union), Larry Gross (Coalition for Economic Survival, Amy Erb (CNA), Alysabeth Alexander (SEIU 1021), and many more chanted at the top of their lungs. Nobody rose to defend rent increases and evictions. The hall exploded with “ayes” in favor of the resolution, and cheers filled the room.

This followed a packed meeting just hours before, convened by party activists Guillermo Elenes, Rick Hauptman, and Mari Perez-Ruiz, among others, to kick off the formation of a CDP Renters’ Caucus, a sorely needed voice within the party.

Here’s the full resolution approved on the floor Saturday. Congratulations to resolution Authors Deepa Varma, AD17; Dotty LeMieux, AD10; Jane Demian, AD51; and Susie Shannon, AD50. The measure also had more than 100 sponsors. And a special shout out to Santa Cruz City Councilmember Richelle Noroyan who introduced the amendment taken on the floor to strengthen the resolution to explicitly reference support for “rent stabilization.”

WHEREAS rent control has provided seniors, the disabled and low income tenants with stabilized housing and maintained the integrity of neighborhoods and communities throughout California; and

WHEREAS the California Democratic Party recognizes in its platform that shelter (including affordable housing) are among the basic human rights of all individuals;

THEREFORE BE IT RESOLVED that the Democratic Party affirm its commitment to prevent homelessness and protect renters by opposing no-fault evictions and illegal or excessive rent increases and support rent stabilization; and

BE IT FURTHER RESOLVED that a copy of this resolution be sent to each member of the Democratic delegation in the CA State Legislature.

The challenge now is to make sure Democratic lawmakers and candidates listen to their constituents and grassroots party leaders. Real estate money still dominates Sacramento and change will not come overnight. But for those helping to bend the arc of the moral universe toward housing justice, this represents an important step forward.