In the hierarchy of evaluating candidates for office, a past record is pretty high up.

You can learn a little (often very little) about a candidate by what they say they are going to do, particularly when those statements are intentionally vague (“I support affordable housing and tenant rights). You can learn a little from that candidate’s endorsements, from the people who are willing to come forward and say this person will do a good job (but endorsements can also be driven by complex politics).

You can learn a bit about a candidate from looking at their campaign contributions, but only if you see a clear pattern. The fact that a lobbyist for a real-estate developer gave $500 to a candidate for supervisor doesn’t mean that candidate is going to do exactly what that developer wants (especially if a lobbyist who opposes that developer’s projects also give $500.) That’s the reason we limit contributions to $500; no one donor is all that powerful.

But you can learn an immense amount about a candidate be looking at the $50,000, $100,000, and higher donations that independent-expenditure committees, which have no limits, are pouring into a race. People give $500 to candidates for a lot of reasons, including friendship, ideology, a need to get access … Nobody puts up $50,000 for a candidate unless they are pretty confident that candidate will do what they want.

That doesn’t mean bribery: Big donors give big money to candidates who are simply ideologically on their side. But it does tell you a huge amount about where that candidate will be on the issues: these mega-donors are no fools, and they don’t put that kind of money into a race unless they are pretty confident they are supporting someone who will vote the way they want.

So it’s valuable to look at the recent Ethics Commission filings by a group called Progress SF, which is the money arm (or one of the money arms) of Big Tech and Big Real Estate.

If you aren’t happy with the direction of the city right now (the rent is too damn high), you can pin a lot of the blame on the people who fund Progress SF (and the elected officials who they helped put in office.)

That’s big money in one district – and since these IEs tend to be used for negative attacks, it’s clearly aimed at Matt Haney, a School Board member and progressive candidate to replace termed-out Sup. Jane Kim.

Johnson has a record on the Planning Commission, and it’s generally been pro-development. Trauss has no record in office, but is a leader in the Yimby movement that encourages radical reductions in zoning laws to allow almost unlimited new housing construction.

The group also put $50,000 into a committee called “Safe and Clean Sunset Coalition,” which is supporting Jessica Ho for supervisor in D4. Again: Look for this group to fund attacks on Gordon Mar.

But here’s what’s odd about that: The largest single donation to the Big Tech and Real Estate PAC, records show, is SEIU United Healthcare Workers West, which put up $250,000 of its members money to help attack Mar.

That same union has endorsed Mar.

What’s going on there? Not clear, but UHWW leadership is close to Ahsha Safai, who wants to be board president, and Ho would be far more likely to vote for Safai than Mar.

The Ex reports that Safai has been making calls on behalf of that committee.

The second-largest donor to the super PAC is Diane Wilsey (big Real Estate) $100,000.

So we know that people who want Board President Ahsha Safai and want to see limited regulation of the tech industry and limited controls on real-estate don’t want to see Haney or Mar elected.

This is particularly relevant because if Prop. 10 passes, the supes could be in a position to do what the real-estate industry has fought bitterly for 40 years: Impose rent controls on vacant apartments.

Whatever any of the candidates may say right now, we know what the Big Money thinks they will do. 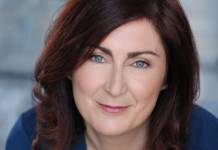 Playwright Ana Bayat lets us peek inside her ‘Mimi’s Suitcase’