British police dragged Wikileaks founder Julian Assange out of the Ecuadorian Embassy in London on April 11, witnessed by a scrum of international media. Authorities in the United Kingdom and US then tried to drag Assange’s reputation through the mud.

The official story was that Assange wore out his welcome at the embassy. News stories reported that he skateboarded through the offices, dirtied his bathroom, and let his cat poop in the halls. The man who had exposed government wrongdoing around the world had become the Hacker Who Came to Dinner. 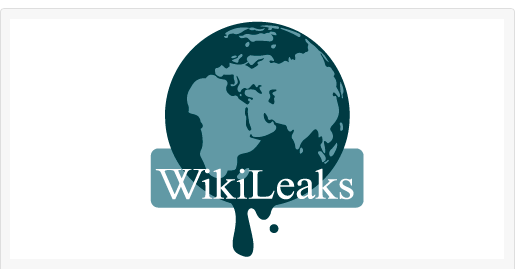 Whatever the truth to those accusations, in reality, Assange was the victim of regime change. In 2017, Ecuadorians elected Lenin Moreno president and, in a sharp departure from previous government policy, the new president sought closer relations with the US. Moreno decided to expel Assange as part of the bargain.

The US cares nothing about cat poop in the embassy hallways. But it does want to send a warning to the media, according to John Kiriakou, a former CIA case officer and whistleblower. He says in an interview that President Donald Trump, like Barack Obama before him, has a “Nixonian obsession with national security leaks.” But the real goal is to send “a message to all journalists that there’s a lot less freedom of press than you might think.”

How it all began

In 2010, Wikileaks published a huge cache of secret State Department documents that revealed the true nature of US foreign policy. The documents showed US diplomats focused on promoting corporate interests, brokering military deals, and controlling spheres of influence.

Soon afterward, Sweden asked Britain to extradite Assange in connection with a rape accusation. Assange said he was willing to travel to Sweden to defend himself, but feared this was a cover for shipping him off to the US. Assange was out on bail awaiting extradition to Sweden when he sought political asylum at the Ecuadorian Embassy in 2012.

During the 2016 US presidential election, Wikileaks published hacked emails from the Democratic National Committee revealing that high level Hillary Clinton supporters used party machinery to undermine Bernie Sanders’s campaign. The FBI claimed the hacks were carried out by Russian government operatives, who then passed them along to Wikileaks. Assange denied that the Russians were the source of these or other leaks.

But by this point, Assange had pissed off pretty much everybody with power in Washington, D.C. Mainstream Democrats accused him of working with the Russians to elect Trump. During the campaign Trump said “I love Wikileaks” because of the embarrassing Clinton emails. But once in power, Trump’s Department of Justice secretly prepared an indictment against Assange.

The indictment accused Assange of conspiring with Army whistleblower Chelsea Manning to illegally access documents on a government computer. The single felony count carries a maximum sentence of five years in prison. The indictment was drawn narrowly to facilitate a speedy extradition.

The British courts did indeed act rapidly when a judge immediately convicted Assange of jumping bail. Francis Boyle, a law professor at the University of Illinois-Champaign-Urbana, says the judge showed animus by not allowing Assange’s defense sufficient time.

Assange could have presented a “necessity defense,” Boyle says in an interview. Assange could have argued that “extradition posed a dire threat to his physical and mental wellbeing if he were extradited to the US and that this consideration would outweigh the charge of skipping bail.”

Given the British court’s animus against Assange, however, Boyle expects the extradition to proceed rapidly through the UK appeals process. “It’s a conveyor belt straight to the US,” he says.

Assange can appeal his extradition to the European Court of Human Rights. The full appeals process might normally take two to three years.

But the looming possibility of Britain withdrawing from the European Union complicates the process, according to Howard Stoffer, an associate professor of national security at University of New Haven.

“If Britain pulls out of the E.U., it’s not legally bound by a European court decision,” Stoffer says in an interview. “Assange may ask for an expedited decision.”

And, to make matters even more complicated, if Labor Party leader Jeremy Corbyn becomes prime minister after a future general election, he would likely halt the extradition altogether. Corbyn has expressed support for Wikileaks exposure of US wrongdoing in Iraq and Afghanistan.

The New York Times reported that, under terms of the US-U.K. Extradition Treaty, the US can’t add additional charges, possibly including espionage, after Assange is extradited. But Boyle says the US can get around that by asking permission from British authorities, a likely outcome if conservatives remain in power in London.

“This is very dangerous,” he says.

Stoffer argues that Assange will get a fair trial in the US so long as the judge keeps control of the case. He thinks the judge should impose a gag order to prevent Assange from speaking to the press.

“If it becomes a circus, all bets are off,” Stoffer says. “He can claim he was not given a fair trial. The defendant shouldn’t speak to the press or it becomes a political trial.”

But Assange supporters see any trial for him as inherently political. In national security cases the government has a built-in advantage. The judge has wide discretion to seal evidence, not allow the defense to see government documents, and even to meet in private with prosecutors without defense council present, as described by whistleblower Kiriakou in his case.

“I’m sure he’s going to get a kangaroo court,” says law professor Boyle. “I don’t see the government allowing Assange to put on a vigorous defense.”

Julian Assange has long been a controversial character. Former close associates say he’s difficult and petty. The rape allegations are serious, although were never resolved because Sweden dropped the investigation.

“Assange is arrogant and hard to get along with,” admits Kiriakou. “But that’s irrelevant to the case. Without Assange, we wouldn’t know about war crimes by US troops in Iraq or NSA spying on American citizens.”

So, will Assange get a fair trial? In recent years the US government has prosecuted record numbers of whistleblowers and threatened journalists. Britain and the US always claim to respect the rule of law. This case will give them a chance prove it. But don’t hold your breath.