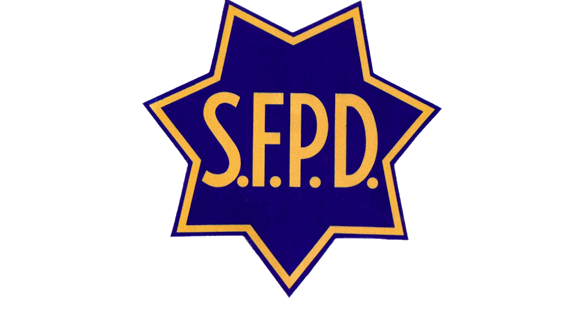 I’m appalled to see cops raid the homes and offices of reporters and looking for confidential information.Putting a journalist in handcuffs for six hours while you confiscate his computers, cameras, and phones is a terrible idea.

I’ve been through this. I’ve had the authorities try to force my reporters to give up confidential sources. I’ve gone to court to fight to protect our rights. I’ve always stood by the principle – which is enshrined in the California Constitution – that reporters have the right to protect unpublished material and confidential sources. And grabbing everything in a journalists’ possession, including information that isn’t remotely related to this case, is really problematic.

As Tom Burke, a First Amendent lawyer who represents Bryan Carmody and also represents 48hills, spoke to the Washington Post:

“The appropriate thing was to issue a subpoena, not a search warrant,” he said, noting the breadth of Carmody’s material they had control over in all of this devices and notebooks.

It’s also likely most of this broad search was pointless: If Carmody knows what he’s doing, the name of that source is nowhere in writing or email. He says the name of his source is only in his head, and he’s not giving it up. The cops seized his computers, but I would be shocked if his communication with the cop who leaked the documents happened by email.

There may be communications on his phone – messages or phone numbers from one or more cops, which could lead to more information. But again: The cops could issue a subpoena for just that information. They didn’t need to raid the whole house and seize everything. Meanwhile, other journalists may be intimidated, particularly when they get confidential information from law enforcement (which is sometimes about problems within law enforcement).

I’m not a lawyer, but it seems to me this is also illegal: The state Shield Law prevents the police or the courts from forcing journalists to reveal their sources.

I would be very surprised if this holds up; a competent judge will rule Monday that the search warrant was not in order, and Carmody will get his stuff back. Then he’ll probably sue the city, and once again, San Francisco will wind up paying money for the cops overreaching.

Now let’s get to the context.

This entire episode should never have happened. The cops had no right to leak the details of Jeff Adachi’s death to the news media. As I pointed out at the time:

Police reports aren’t public. When the police shoot and kill young people of color, their families can’t get those reports.

That Carmody got the records suggests he was close to at least some SFPD folks; nobody else had access to that material. And it was clearly leaked to smear Adachi’s reputation:

But when Adachi died in an apartment in North Beach, not only the reports but photos taken by the officers wound up on the TV news. Where do you supposed those came from? Why do you suppose they wound up with the sensation-driven TV stations?

The photos have been widely publicized with no context at all. There are photos of “an unmade bed” – a salacious innuendo with no relevance. There are pictures of liquor bottles – although there is no evidence or even suggestion that Adachi drank anything but two glasses of wine.

There is zero — zero — evidence of foul play. Everyone agrees with that.

The Medical Examiner’s Office called off the cops, saying there was no evidence of a crime – and there still isn’t. Instead, the cops showed up anyway (why is nobody investigating why that happened?) Are some officers at the SFPD who were trying to damage the reputation of one of the city’s heroes – before he’s been dead more than a day? Looks like it.

Carmody’s in what’s sometimes a grisly game: He goes around at night and looks for scoops that TV stations are willing to pay for. A lot of that is crime footage. A lot of it is sensational. In this case, he got images and information that no reasonable news outlet should have paid for or used.

The circumstances of Adachi’s death that went out from Carmody’s leak were nobody’s business. When I first started at the Bay Guardian, many years ago, my boss, Bruce Brugmann, told me to be very careful when someone asked you to do their dirty work: When a politician is unwilling to publicly trash their opponent, but wants you to publish some “confidential” information collected by some sleaze-driven opposition researcher, think twice.

And in this case, Carmody and the TV stations did the cops’ dirty work by allowing them to damage the reputation of a guy who was a civic hero – in part because Adachi held the cops accountable, and they hated it.

The cop or cops who leaked the report, which had no news value at all, should be fired. The  the TV stations that ran it had every legal First Amendment right to do that — but the legal right to do something doesn’t mean it’s ethical. They should be ashamed.

But why can’t SFPD investigate itself? The department knows exactly which officers were on duty that night, who was called to the apartment, who took the pictures, who had access to the material. Have their homes been raided by officers with guns, while they are handcuffed? Have their cell phones and computers been seized as evidence?

The early press on this had the Public Defender, Manohar Raju, appearing to say that he supported the raid. Actually, no: I got the following statement today:

On Friday, my office learned that San Francisco Police identified a stringer in connection with the illegal release of a police report in the death of Jeff Adachi. Since then I have been asked to comment.

The consensus at the Board of Supervisors hearing in April was that confidential police reports may have been improperly leaked. Police representatives then committed to investigating the situation. In fact, police officials apologized to Mrs. Adachi at the hearing.

To be clear, I have no information regarding the justifications for the search conducted by police.

Nothing about this statement should be interpreted as condoning specific police tactics in this matter.

UPDATE: The PD’s office just told me that Raju spoke to Adachi’s family yesterday and then called the  district attorney to say that neither the family nor the PD’s Office wants to see any legal action taken against Carmody. “We are interested in the police who made this unauthorized release,” Matt Gonzalez, chief trial lawyer in the PD’s Office, told me.

By doing this stunt, the cops are once again getting what they wanted: The story of Adachi’s death, and the details that were never anyone’s business, are all over the news again. The former public defender is getting his reputation damaged in the national news as everyone links back to the original, repugnant, TV news stories.

I know who was responsible for this entire sordid episode: The cowboy cops and the news directors at the TV stations who decided this “scoop” was worth money and worth putting out on the air. Now the cops who went way overboard in a fishing expedition that makes it hard for a lot of us to support the (entirely justified) investigation into the leak.