August may be fading into fall, but the music in 2020 keeps on a-coming.

Here are some joints resonating with us.

On this lead track, Vancouver based vocalist Kate Moe Dee is running something through her brain concerning letting go of the BS relationship. She’s present and strong with her vocal delivery, letting Bus’s tree trunk drums and thick synth grooves cook.

In 2015 Buscrates got his first international gig at Walla P’s Voyage Funktastique party in Montreal, shout out to the whole MIMS Fam. Soon after he began traveling more in the States, doing beat sets with his Roland SP-404SX and DJ sets in various cities, most notably Los Angeles’ Funkmosphere party in 2017 with Dam-Funk.

While there are a number of producers dipping in and eating from the “boogie-funk” lane, not mad at it, Buscrates makes songs and compositions that fit contemporary and peak 1980s oeuvre. Not just beat drafts.

Being selected in 2018 to attend Playlist Retreat, an artist’s playground at the home of legendary DJ Jazzy Jeff, assures that. Blasting Off makes it clear this producer is ready to make his funk, his way. Stay ready.

“C’mon Les’ Go” arrives through Bear’s Company Records sub-label and AceMo’s freshly launched label Sonic Messengers. “It’s amazing to see this come to fruition, from the album cover design by Chaz and the SM logo by me, to the tracks that were made together and remotely, to the video, coming soon,” AceMo wrote in an announcement.

Big Joanie, “Cranes In The Sky” (Third Man Records)
YO! Been trying to tell folk my entire life: The Black Experience is multifaceted. All patina’s found in the color wheel. Not just one tone or vibration, it’s the entire symphony-smooth to jarring—that makes the spectrum full and true. The self-described “Black Feminist Sistah Punk band” Big Joanie been on my radar for a minute, but I keep forgetting to circle back. Their heavy reverb, crunch-riding rework of the 2018 Solange hit “Cranes In The Sky” is the deep revisit we need in this bizarre land 2020 year. These sonic assaults: The Bat-Signal going off.

Arlo Parks, “Hurt” (Transgressive)
The term ‘earworm’ fits this Arlo Parks single ‘Hurt.” With the skitter-step drum beat, blank stare vocal presence, this dynamic 20-year-old vocalist has shaped a jam for the emo set. Parks draws inspiration for her own music from a variety of artists including Otis Redding, King Krule, Kendrick Lamar, Jimi Hendrix, and more. But this beat, this moment, is for the sullen.

“‘Hurt’ surrounds the possibility of healing from pain and the temporary nature of suffering,” Parks said of her latest offering. “It is supposed to uplift and comfort those going through hard times.”

Eki Shola, “Change The System”
Eki Shola is a pianist/vocalist, alt jazz/funk soul/electronic artist originally from London, now based in the San Francisco Bay Area. Her video “Change The System” from her upcoming release Essential, out on September 9 digitally, carries a poignant message that speaks to our current quagmire.

After barely escaping the 2017 Sonoma County, CA wildfires, writing music became a healing necessity.
According to Shola: “Essential evolved beyond its original intent to embrace newness and self-discovery through the power of voice. The album envelops you in instrumentals, spoken word, and lyrics that share hope and inspiration inspired by periods of contemplation among movements of climate change, coronavirus pandemic, and Black Lives Matter advocacy.”

Osees, “If I Had My Way” (Castle Face)
Keeping the question at the ready “How many f*cking projects you gonna do in one year, Jon Dwyer?” in comes the rock version of boogie “If I Had My Way” to answer it. Tossing about three minutes of fastballs, it asks a lot and gives days and days of swing. In addition to juggling side projects like Damaged Bug and Bent Arcana, Dwyer recently announced Protean Threat, the latest album from his endlessly prolific garage-rock institution Osees (fka Oh Sees) due September 18.

Bastien Keb, “Street Clams” (Gearbox Records)
Making artistic left turns in the right places, UK artist Bastien Keb is releasing his new album The Killing of Eugene Peeps on October 9 via Gearbox Records. “Street Clams” is the psychedelic wormwood helping us make that transition from summer into autumn. According to the multi-instrumentalist
it’s his ode to Giallo films, ’70s crime flicks, and French New Wave cinema. Feels more like a twisted trip-hop agenda. Cue the Absinthe.

Clipping., “Say The Name” (Sub Pop)
Clipping. has announced that new album Visions of Bodies Being Burned, the follow-up to last year’s There Existed an Addiction to Blood, is due out October 23 on Sub Pop. The album’s first single “Say the Name,” transforms Scarface’s evocative lyric from “Mind Playing Tricks on Me”—“Candlesticks in the dark, visions of bodies being burned”—into a screwed-down Chicago ghetto house loop, mixing together a palette of inspirations including ’90s industrial music and Bernard Rose’s 1992 film Candyman. The “Say the Name” lyric video was directed by longtime visual collaborator Cristina Bercovitz. Featuring vocals from band member and Oakland native Daveed Diggs, guest appearances from Jeff Parker and Ted Byrnes, and a Yoko Ono cover, it promises to be an awkwardly fun trip.

From Sade and Róisín Murphy to Hot Chip and the Flaming Lips, here are the sounds you'll need to keep your own world spinning.
Read more
Music 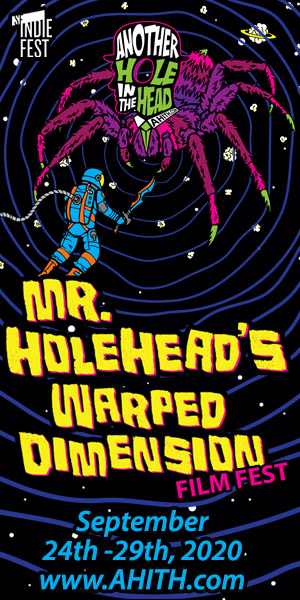 After months of isolation, it may be time to adjust your habits—with flower by Lolo, prerolls from Jack Herer, and some Kwik Ease
Read more
Sponsored link
Sponsored link