FEBRUARY 27, 2015 — I took a trip to New York for Valentines Day and much of my time there was spent hiding from record-low temperatures below ground on the subway. Riding the trains is one of my favorite things to do when I visit. The ability to get anywhere at any time without waiting is what makes New York New York. 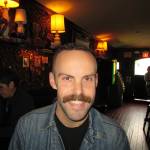 I’ve visited New York half a dozen times and each time I return and get on BART at SFO I can’t help but wish that Bay Area transit planners had taken more of a cue from New York’s urban planners of yore.

I’m not saying that San Francisco’s public transportation is awful – I’d put us at a solid OK. Muni does a good job when it isn’t delayed, and if you’re going to and from somewhere that’s on a BART line you can count on doing so quickly and comfortably. We’re also trying hard to get better with major improvements coming including proposed Bus Rapid Transit lines on Geary and Van Ness.

Unfortunately OK turns to awful right around midnight. While New York’s trains keep humming along at all hours, trains (and busses) across the Bay Area literally stop in their tracks at the stroke of twelve.

The impact that this has on our nighttime economy, and the workers who fuel it, is staggering. If San Francisco wants to have world-class nightlife, we’re going to need world class late-night transportation and we’ve got a long way to go before that happens.

Fortunately, we now have more than just horror stories from people who go out for fun or work between the hours of midnight and 6am to back up our need to keep trains and busses running later. This past week, the city’s Late Night Transportation Working Group, which I’m proud to be a member of, released its report on the state of the Bay Area’s nighttime transit.

The report yielded some pretty disappointing findings – here are a few:

— People taking late-night trips (there are 250,000 of them every day in San Francisco) are more than twice as likely to drive alone as people traveling during the daytime. A pretty sad statistic for a city that’s trying to get cars off the road.
— A survey of 3,000 people showed that 90% of respondents said BART being closed between midnight and 5am affects their travel choices. Unfortunately for these many folks, the new tube that BART says is necessary to run all night is “30-50 years off” despite growing political will to get it built.
— The majority of San Franciscans, according to the survey, often or sometimes chose not to travel at night because it feels unsafe. Nearly 70% of women who responded said this as opposed to 50% of men.

This last finding is particularly disturbing for me. As someone who loves this city, especially after dark, I hate that so many San Franciscans aren’t taking advantage of all we have to offer because they’re afraid to go out. As someone who owns a bar, I’d love for us to have enough safe and available nighttime transportation that on any given night, half of our potential customers weren’t choosing to stay home.

More important to me, however, is the safety of my employees who have to get home from work at 2 or 3 in the morning. San Francisco’s nighttime economy employs 60,000 people and those people, unlike the ones noted in the survey, don’t have a choice of whether or not to be travelling between midnight and 5am.

People refer to late night workers at bars, restaurants and other businesses as human ATMs because they’re alone on the street oftentimes with cash tips on them. These workers are targeted for violent muggings far too often. Expecting them to shell out $100 a week taking cabs or car shares is not a solution – particularly not for the low-income workers who make up the majority of the late-night workforce.

As a city we have a responsibility to make sure that our workers are able to get home from work between 9pm and 5am just as safely as people who work a regular 9-5.

It’s only February but David Campos may have already coined San Francisco’s term of the year in the op-ed/economics 101 lesson that he wrote for Wednesday’s Examiner. The phrase ‘let them eat cake development,’ which he used in reference to supporters of luxury housing who thing that building condos for millionaires will somehow make rents affordable for the rest of us, is as spot on as it is clever. Campos then drops the mic as he takes on the cake-peddlers saying “Think about it this way: if there were a bread shortage in San Francisco and the cost of bread skyrocketed, no amount of fancy cake would fix the bread market.”

As if right on cue, we learned that San Francisco is being served its biggest piece of cake yet in the form of a $49 million penthouse that is currently being constructed atop the Lumina tower. The list price is a full $10 million higher than the next most expensive house on the market in San Francisco. For reference, $49 million would buy you 1,071,038 whole tres leches cakes from Dianda’s on Mission Street, which is about how many cakes it would take for me or any other average San Franciscan to feel that they got adequately trickled down on from the sale of a $49 million condo.