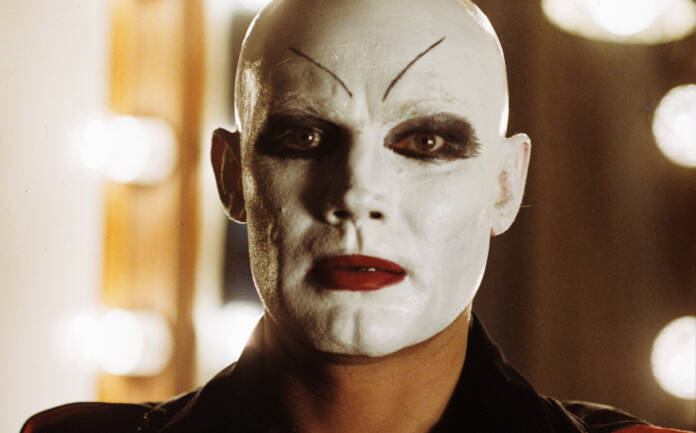 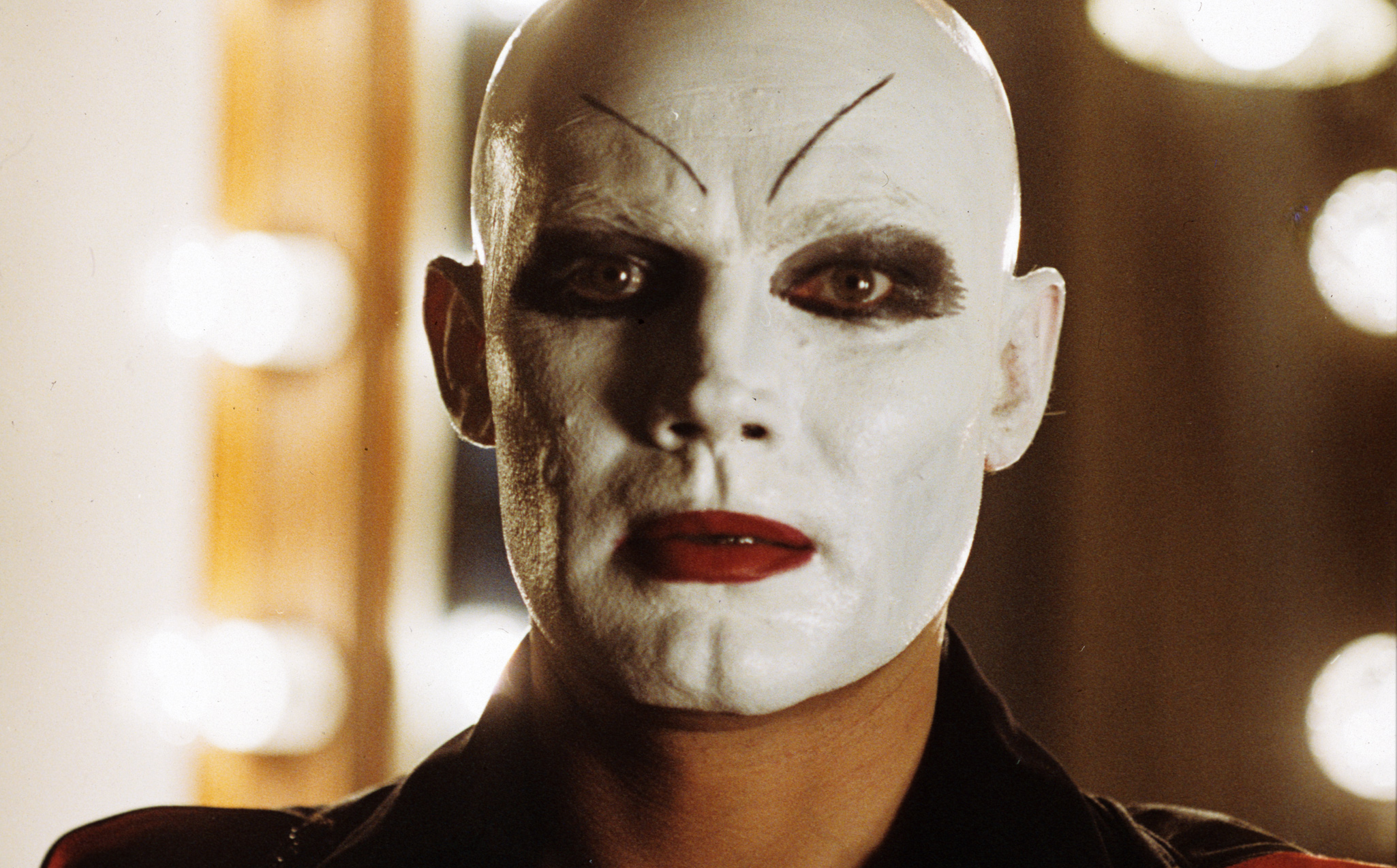 Movie theaters (drive-ins aside—who’d have imagined they’d get a comeback?) remain closed for the time being, their re-openings TBD in the Bay Area and many other parts of the country. Some delayed theatrical releases are creeping back onto the schedule, hoping that situation will change in coming weeks.

But even when things do get back to relative “normal,” no one expects the big-screen experience to make a full recovery. Some theaters (especially major chains) won’t have been able to withstand the long break, in which income died but some expenses remained constant. Then there’s the fact that many patrons will be far more reluctant to do their movie-watching in public, breathing the same air as others in a closed space. (And some owners aren’t exactly being reassuring about safety precautions.) We’ll just have to see how it all plays out.

Meanwhile, the increased dependency on home entertainment has made folk more aware of streaming releases than they might otherwise have been. (Even the creators of The Tiger King admit that show never would have become a cultural phenomenon without COVID.) While most of their options are new—it remains to be seen just when we’ll be hit by a dearth of fresh releases due to the quarantine-necessitated shutdown of much filming—distributors have also dug deep to meet the heightened demand with some worthy older titles.

Thus the several local venues that have “virtual cinema” programs in order to keep providing movies during shutdown have made available a few classics and rediscoveries as well as new releases. In addition titles we’ve previously mentioned like 1982’s Canadian The Grey Fox, Jules Dassin’s 1955 Euro crime caper Rififi, Godard’s 1964 Band of Outsiders, and Bela Tarr’s eight-hour 1994 epic Satantango, the BAMPFA in Berkeley has two mini-retrospectives on offer at present.

One is Three Films by Istvan Szabo (more info here), the still-active Hungarian director who was part of the Eastern European New Wave in the 1960s, then receded in international prominence for a few years before taking his national cinema to almost unprecedented heights of popularity abroad in the ’80s. The first film the PFA is presenting, 1980’s Confidence, is a claustrophobic drama in which two strangers married to others (Ildiko Bansagi, Peter Andorai) must pose as a couple in order to evade capture by the Nazis for their ties to the Resistance near WW2’s end. Sometimes awkward in its comingling of regular dialogue and inner thoughts on the soundtrack, spending a little too much time on or over the brink of hysteria, it’s nonetheless a potent piece that was an Oscar-nominated export success.

That was nothing, however, compared to the global impact made by 1981’s Mephisto, the Oscar-winning first of three larger-scaled, internationally funded period pieces starring hitherto little-known Austrian actor Klaus Maria Brandauer. He played a mediocre actor who suddenly gains great professional stature when he aligns himself with the authoritarian forces in Hitler’s Germany. In 1985’s Colonel Redl, another somewhat-fictionalized take on recent historical fact, he was a real-life military officer of the Austro-Hungarian empire who rises from obscurity to high rank. Yet Redl’s patriotism and loyalty (as well as his generally well-repressed homosexuality) ultimately make him an easily manipulated patsy for political schemers including Archduke Ferdinand (Armin Meiuller-Stahl), whose subsequent assassination triggered WWI. (The third film in this informal trilogy, 1988’s Hanussen, is not in the PFA series.)

Now 82, Szabo released a new film called Final Report earlier this year—starring 77-year-old Brandauer. While his films in the decades between have been unevenly received, he remains a fine craftsman and sharp observer of 20th century European history whose fascination with the moral ambiguities of power have been ideally channeled by his favorite performer, as well as such other accomplished actors like Stellan Skarsgard, Ralph Fiennes and Annette Bening.

The other PFA retrospective is Patrizio Guzman’s Chile Trilogy (more info here). Guzman is the Chilean documentarian who created the definitive portrait of that (or any) country’s revolutionary struggle and overthrow in The Battle of Chile, whose three feature-length parts each had to be smuggled abroad or risk destruction by Pinochet’s military junta. He himself fled that coup d’etat (subsequently assembling the films in France) in 1973, but Chile has remained his primary subject as an artist in exile during the nearly fifty years since. He’s remained a well-respected figure and film festival regular, but accessed wider new audiences with an extraordinary trilogy over the last decade.

All available currently through the PFA, these latest works are linked meditations on Chile’s geography, its big-picture history, the ambivalences stirred by its post-Pinochet but still somewhat politically repressive present, and inevitably the gross human rights abuses that scarred Guzman’s own generation. The personal and political are duly inseparable in these films. But so is a sort of philosophical questing too rare in cinema, as well as a rhapsodic visual interest in the physical world’s basic elements and their oft-spectacular incarnations in (and above) Chile.

2010’s Nostalgia for the Light frames the ongoing search for bodies of the “disappeared” with the science and mystique of astronomy. 2015’s The Pearl Button uses water as a unifying theme running through issues from indigenous peoples’ genocide to the disposing of tortured dictatorship captives by dropping them in the sea. The Cordillera of Dreams, released in the US just this year, focuses on geology, and the mountain ranges that separate Chile from “the world”—as well as those who, like cinematographer Pablo Salas, have spent their lives documenting the political atrocities that isolation has partly enabled. Individually or as a whole, as nonfiction filmmaking or just plain cinema, these are among the most beautiful and profound films of recent years.

Other acclaimed older titles being offered by local venues for streaming include two 1976 films by world masters, via the 4-Star’s Virtual Cinema program (more info here): Luchino Visconti’s final feature L’Innocente, a lush 19th-century aristocratic love triangle based on a novel by Gabriele D’Annunzio. When the director died during post-production, it had to be finished by star Giancarlo Giannini, whose very glamorous co-leads were Laura Antonelli, Jennifer O’Neill, and the tragic Marc Porel. It was the kind of lush period melodrama no longer appreciated at the time (before Merchant-Ivory made such things cool again), but it was a fine end to a fabled career.

Contrastingly up-to-the-moment in its sexiness was Bruno Barreto’s international hit Doña Flor and Her Two Husbands, from Jorge Amado’s novel. It made a major star of Sonia Braga as the gorgeous widow who remarries dull, respectable pharmacist, but misses the amorous acrobatics of her ne’er-do-well late first husband—whose ghost obligingly returns to satisfy that need. For years it was the most popular Brazilian movie ever, both at home and abroad. The 4-Star also has two films from the back catalog of South Korea’s drolly seriocomic writer-director Sang-soo Hong, 2005’s Woman on the Beach and 2014’s Hill of Freedom.

While new movies dominate the menu at the Roxie Virtual Cinema, they also have the previously-described Pioneers of Queer Cinema trilogy (more info here) of daring 1920s-30s German classics. Alamo On Demand (more info here) has a slew of vintage cult favorites on tap, including selections from their past “Terror Tuesday” and “Weird Wednesday” screenings. Tonight, Mon/29, the Rafael Film Center will host a free livestream conversation celebrating the work of old-school fantasy special effects maestro Ray Harryhausen (more info here). CGI is nice, I guess, but his “Dyna-Mation” creations for the likes of One Million Years B.C., The Golden Voyage of Sinbad and the original Clash of the Titans made dinosaurs and such a lot more fun.

Last but not least, those who really, really want to get out to see a movie will welcome the Michael B. Jordan-curated series A Night at the Drive-In. It brings together double features of recent and vintage entertainments with a minority-representation slant, from Do the Right Thing to Crazy Rich Asians. Running Wednesday nights this week through the end of August around the country, its Bay Area venue is Concord’s Solano Twin Drive-In. More info here.