2021 Pride will go ahead with smaller, in-person events 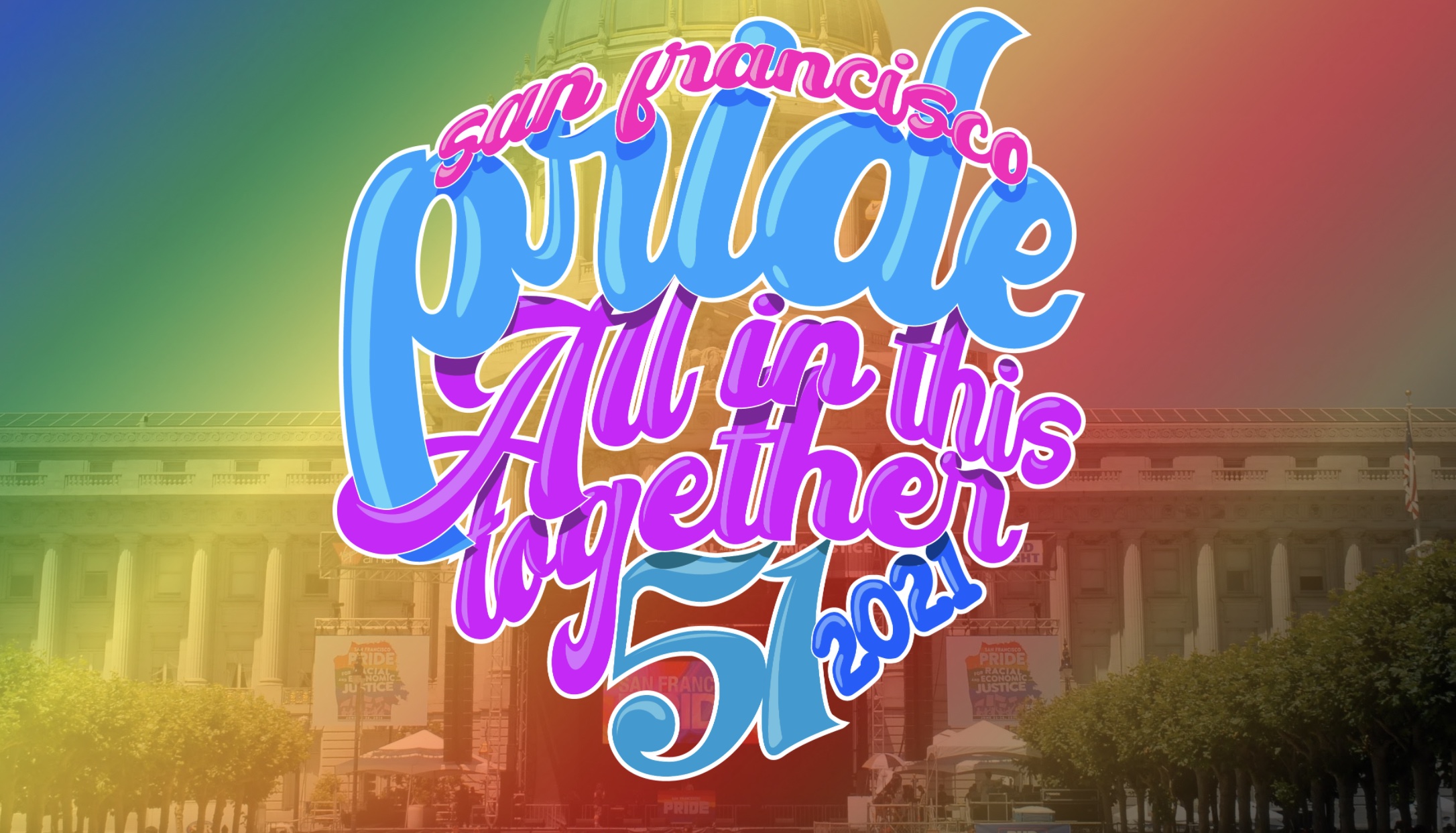 With the theme “All In This Together,” a hyperlocal focus, and a sequined clutch of in-person events already planned—including LGBTQ+ movie nights at Oracle Park (June 11-12) with the Frameline Film Festival and a Black Liberation event around Juneteenth (June 18) at the African American Art and Culture Complex—the 51st San Francisco Pride celebration is going ahead in yet a different form this year.

“We know how much LGBTQ people have missed the personal connection and necessary visibility that Pride brings,” Executive Director of San Francisco Pride Fred Lopez told me over the phone. “Once it became apparent that we could safely plan smaller events strictly according to the SF Department of Health guidelines, we immediately began reaching out to community partners.

“The wonderful thing about organizations like the SF Giants and Frameline is that they already have infrastructure in place that makes it possible to incorporate Pride events safely, on a socially distanced scale. We’re basically setting Pride inside their framework. You’ll see more announced in the coming weeks, as we cautiously, in communication with the Health Department, explore what is possible.”

Gone, again, is the huge parade and Civic Center celebration—Pride will be urging travelers from other cities to stay home. Instead, a month of to-be-announced smaller outdoor events, such as individual fitness challenges, will slather the rainbow throughout the city in June. An outdoor Pride Expo, showcasing queer-run small businesses and organizations, will serve as a community resource fair.

Gone, too, will be last year’s marathon online Pride event that featured musicians and activists from around the world. “We loved doing the Virtual Pride event last year, but we heard it was difficult for folks to feel connected with a purely online experience,” Lopez told me. “We’ll still be active online. Over the last month we’ve launched the Pride365 experience, with Inside Pride video interviews, a podcast from Peter-Astrid Kane call [The Queerness] and an online community partner spotlight. We’re still pushing out content, just not replicating the ‘tune in’ online weekend from last year.”

I asked Lopez if any specific lessons had been taken from last year, when in place of Pride a colorful Peoples’ March for Black Trans Lives and a radical protest against police murder converged in the Castro and reinvigorated Pride’s original activist roots. “Our board president Carolyn Wysinger is working closely with Black community members and has a great relationship with the leadership of the African American Art and Culture Complex, where we held the rally for [foundational Black trans activist] Marsha P. Johnson last year,” he said. “We’re listening to our community and seeing what’s possible.”

Also refreshing last year was a feeling of de-corporatization of Pride: Instead of being overwhelmed by commercial messaging and straight allies marching with tech companies, a truer queer visibility was achieved. Without a giant parade and march to fund, of course, the economic situation is different. I asked Lopez if Pride the organization was being effected by lack of large scale corporate sponsorship and the individual donations that at least trickled through during last year’s Virtual Pride event. (Could a new funding model be possible?)

“While we definitely, greatly appreciate any donations from the community, we were lucky to have a little rainy day money saved up to sustain us over these past two years,” Lopez said. “And we want to make sure that events this year are as accessible as possible, including tickets to the movie nights, which we are still working out. That said, like every community organization, we’ve definitely been hard by the pandemic.

“The theme ‘All In This Together’ really does capture that zeitgeist of the moment,” Lopez continued. “Last year we encouraged people to reconsider what we think of as heroism—putting on scrubs and a mask, being conscious of the health of the community was one of the most essential and important things people could do at the time.

“Now we are at a point of reimagining the future and confronting some of the ugly truths that really came out during the pandemic. We can only do that if we consider our family in that process. A ground level of respect and listening has to be achieved for us all to move forward.

“It’s exciting but it’s scary for everyone,” Lopez said. “At Pride, we’re taking into consideration all the factors, with safety and caution guiding the way.”

Get on board the Philly Soul train: Box set celebrates 50 years of epic sound