ONSTAGE “Yes, yes, how awesome, how brave” you think with a soft golf clap when you hear that the Punch Line Comedy Club has booked an all-female lineup for March, which happens to be Women’s History Month. But then you look at the actual lineup, fabulous in its diversity, and think, “Holy XXY Macaroni, where has all this been hiding?”

It’s been hiding in plain sight, of course. Although as with much else in the entertainment industry, if you want multiplicity you have to meet it halfway, and do some looking around on your own.

There are tons of female comedians of all stripes out there; it’s more a matter of available platforms than willing and able women. And despite the rise of some powerhouse (if still precious few) female comedians, standup remains male-dominated — the major networks’ late show hosts are famously mostly white and testosteronal, and women still find they have a lot more to prove onstage, especially if they want to transcends the usual “period jokes, shoe-shopping sagas, and bad date reports” material.

According to a statement put out by the Punch Line, female comics were relatively rare a couple decades ago — about 1 in 20 were available for booking — but in the years since, the ratio of male to female performers appearing on the Punch Line stage has reached 70/30. Last year, the club put on a show called “Really Funny Comedians! (Who Happen to be Women).” (“We didn’t want it to have a title that incorporated anything related to clothing, shoes, makeup or anything else we’ve seen when clubs do all-female shows. Why does it always have to be something like ‘Lipsticks and Laughs!’?”)

That show was a success and lead to others, and this year, when the club’s booker went to plan the year’s shows, she found so many female performers available that the Punch Line decided to fill Women’s History Month with, well, women.

The “Women in Comedy Month” lineup includes energetic and diverse talent like Gina Yashere, Ms. Pat, Cristela Alonzo, and Emily Heller, along with all-star nights, like “Ladies Love the Punchline.” And of course there’s some local love — on March 22, two of my favorite people appear onstage: the great Marga Gomez headlines with a swell assist from the hilarious and unique Dhaya Lakshminarayanan. For a more personal angle on the proceedings, I asked Dhaya about what this kind of event meant to her, and women in comedy general.

SFBG As someone who’s been working hard to establish yourself in the comedy scene,  what do you see as the direct benefits of having an all-female comedy month?

DHAYA LAKSHMINARAYANAN My female comedy colleagues and I already have experienced the power, the fun, and the draw of all-female lineups — even if we don’t call it that, because an “all male” lineup is just, well, a comedy show. There are shows like “Ladies Love Layover,” “Man Haters,” and even Harvey’s in the Castro has had all-female lineups. The shows have been stellar and the audience has left laughing and wanting to come back. The San Francisco Punch Line booker already knows the power of these all-female shows, as the Punch Line has had regular lineups of “women only,” with great attendances even on weeknights.

Having an entire month of women is a strong signal to the folks who might not realize this power yet — the general entertainment marketplace. Maybe other clubs around the country. Old school comedy bookers who think “women’s comedy” is merely a genre and not realizing how diverse our voices are. Once the marketplace knows that shows with women at comedy clubs can be successful with a loyal following, it will potentially have a ripple effects for television and movies. When there are many different kinds of female comedians to choose from and we don’t have just one or two “it girls” in the zeitgest, that’s a great thing.

SFBG I hate asking this question because it’s the most basic “mistake” question a journalist can ask in regards to female performers, but what are the unique challenges of being a female comic in the Bay Area right now? It seems appropriate to ask, since you’re trying to fight specific stereotypes.

DHAYA LAKSHMINARAYANAN I have spent my life being the only woman in rooms: at MIT where I received 2 degrees, or in the finance industry before I became a comedian. Or in Silicon Valley when I used to be an investment professional. Before “women aren’t funny” there was “women can’t be scientists” or “women in finance are tokens.”

Comedy is not much different. Recently, I was the only woman at a comedy event. ALL the guys sat with each other, kinda bro’ing out, making inside jokes, you know, doing the “in group” thing. And I was left out. Not because of meanness or a purposeful slight. This is how a lot of networking is done. And women have to work harder because our presence changes the dynamic. I did a photoshoot and now my picture is on the Planned Parenthood site.  A male comic, who did not even bother to say, “Hello, how are you, nice coat blah-blah-blah..” was like, “Hey my first thought was, did you have an abortion?” I was pissed. Not only did he not understand statistics (only 3% of what Planned Parenthood does is abortion services), it was inappropriate, unsupportive, and rude. If I told other folks they’d be like “Well, that’s his style on stage too.”

The Bay Area has so many ambitious, feminist, hard-working, funny, funny women. Many women run shows and create stage time for other women. Many men here are liberal, open-minded, and would balk at the idea of the cliches of women not being funny or any of those tired old sterotypes that penalize women for being vulnerable and funny on stage.

But even in the Bay Area, I have to remind male colleagues “Why did your last three shows have only one woman, or no women at all?” or “Nice festival, I see the women on it are getting less stage time than the men,” or “How come you only have the same one or two women,” or “Cool tour, I wish it wasn’t all guys.” And these are some of the kindest men out there. There are blindspots.

And yes, I’m not afraid to say I have bullied my way onto shows. But then I killed and was like, “See!” Unless you are actively thinking about “How can I make each show diverse” without then thinking “Gotta put a chick here,” then you still need goading and reminding. A diverse lineup helps the show. The contrasts allow the comedians to bring unique styles of humor. Ultimately the audience leaves with more.

Finally, having men as mentors really helps cut through.  Some guys who have been super supportive include John Fugelsang, Rick Overton, Greg Behrendt, Greg Proops, Maz Jobrani. They are actively helping me and other women. They are great humans.

SFBG Tell me a little bit about your March 22 performance — you’re on the bill with Marga Gomez, yes?

DHAYA LAKSHMINARAYANAN I think Donald Trump speak has percolated into our collective vocabularies. Because I feel like saying my night will be great. Really great. Huge. Just amazing people. I’ve got great relationships there. But unlike Donald, I’m sincere! Marga Gomez, the headliner, is a personal friend now. After years of seeing her around town, watching her kill at standup, and move people with her solo work, and gazing at her name on marquees, I finally said “hi.”

I was probably another fan girl, but then Marga started booking me on shows. We had coffee, which was a big deal. Then we started drinking cocoa. That’s advanced friendship. Then we did more shows together like a huuuge NYE show at Brava! Theater. Now we are together again at the Punch Line. Marga and I are so different. She’s a lesbian. I’m straight. She’s Latina. I’m Indian. But our sensibilities overlap. We’re both products of immigrant parents. We are political people and rabble-rousers. We both care deeply that the audience has a great show. And I have been inspired by her work ethic. Come out and see! 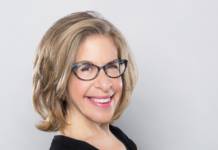 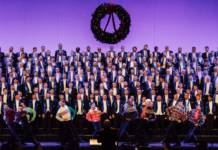 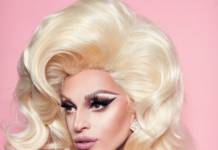