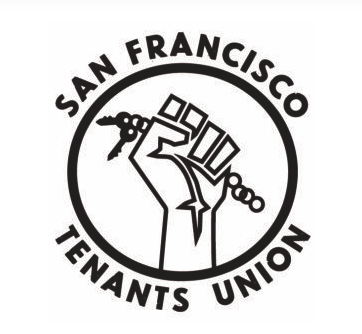 If you live in San Francisco, and you pay rent, you can thank the Tenants Union for the fact that you are still here.

The Tenants Union was the driving force for the creation of the city’s rent control law 40 years ago. It’s not perfect, but it’s saved the homes of tens of thousands of renters. There are huge numbers of people in this city who would have been forced out by rent gouging – or evicted without cause – if the law wasn’t in place.

And the SFTU has worked for decades to make the law stronger and more effective.

The staff and volunteers help more than 9,000 tenants a year with counseling and referrals – and knowing your rights is a huge step toward saving your home.

It’s time to celebrate 40 years of rent control – and help the Tenants Union continue its critical work. The party and fundraiser is Tuesday/11at Gray Area Foundation for the Arts, 2665 Mission. You can buy tickets or just make a donation here.

San Francisco International Airport just set new rules for Uber and Lyft pickups.You can’t get one of these Transportation Network Company rides at the curb anymore. That, the airport says, is all about fighting congestion.

But Sups. Aaron Peskin and Ahsha Safai want to go further. They are asking the airport to ban TNCs from picking up passengers at all.

That’s the fallout of two trends: Just before the advent of the illegal taxis (which SF did nothing to control), the city decided to start allowing the sale of taxi medallions on the open market.

Since 1978, medallions, the required license to operate a cab, were issued only to active drivers, and there was a waitlist of about 15 years. When one owner retired or died, that medallion went to the next in line. They were, for all practical purposes, free (the fee was minor).

Of course, nobody can drive a cab 24 hours a day, so for the shifts that medallion holders weren’t driving, they could rent out the permits to other drivers. The medallion became very lucrative.

Then starting in 2012, the city opened up a private market for medallions, which sold for as much as $250,000. Drivers would take out big loans to buy the permits; before the TNCs, you could make enough money driving a cab and leasing the medallion to pay off the loan.

Then Uber and Lyft started running, without any permits at all, and the city did nothing. When local officials finally started to crack down the TNCs went to Sacramento with high-powered lobbyists and got a rule overriding local control.

Which meant the 500 or so folks who, in good faith, borrowed hundreds of thousands of dollars to buy a medallion were totally screwed as the business tanked. Uber and Lyft used venture capital to subsidize rides and cut costs to the point where legal cabs couldn’t compete.

But while San Francisco has no ability to regulate the number of Ubers on the street, the Airport sets its own rules on cabs and limos. Cabs need a permit to pick up at SFO; they need to get in line in the cab lot, take fares as they arrive, and follow the rules.

The new rules would let people who paid for medallions get priority on pickups; that’s a big deal, since rides from SFO to downtown are a big part of a cab driver’s income. Real cabs with older (unpaid) medallions would also get to do curb pickups.
Uber and Lyft could only pick up passengers in a designated area of the garage, a five-to-ten-minute walk from the terminal.

On Monday/10, the Land Use and Transportation Committee will hear a resolution urging the Municipal Transportation Agency to report back on how the new rules are going – and to urge SFO to stop allowing TNCs to pick up passengers.

That’s a small, but significant step toward regulating the rogue industry – and helping the drivers who, through no fault of their own, borrowed money to legally drive a cab while the city let Uber and Lyft illegally operate and drive down the value of that permit.

The meeting starts at 1:30 pm in the Board chamber.

The same committee will also hear the SF Public Utilities Commission’s preliminary report on options for taking over or replacing PG&E’s distribution system in the city.

The report is pretty clear:SF could buy PG&E’s distribution system, create a full public-power system, provide more green power – and cut rates. In fact, the city could do all of that and bring in hundreds of millions a year in extra revenue.

Oh: And we wouldn’t be facing blackouts when PG&E realizes it can’t maintain its lines well enough to prevent wildfires.

PG&E is so badly on the ropes right now that the company isn’t even putting up much of a fight. We’ll see who shows up at the hearing, but we aren’t seeing a lot of PG&E lobbyists at City Hall these days.

One important question for the supes on the committee to nail down is the finances. The report says it could cost a couple of billion to buy the system. PG&E’s entire market captalization is $10 billion right now (and has been as low in the past six months as $4 billion) so it’s hard to imagine that the old SF system would be worth more than $2 billion.

But suppose it’s $3 billion. Does that matter?

Not the way I’ve done the numbers:

It could be $1 billion, or $2 billion. Even at the high end, the interest on the bonds that would finance the buyout would be far, far less than the revenue the city would get from retail power distribution.

Tax-free Muni bonds that are highly rated (as SF’s would be) are paying about five percent interest these days. So we’re talking $50 million a year to pay the nut on a billion-dollar bond.

The SFPUC estimates that the revenue from sales of electricity in the city would be between $500 and $700 million a year.

The cost of the buyout isn’t an issue – at any reasonable price (and the system is going to be available for a reasonable price because PG&E is in bankruptcy) the city will make gobs of money on the deal.

I’d like to hear the UC finance people weigh in on that.