One of the most interesting bits of information in the massive affidavit that let to Sen. Leland Yee’s arrest is a short phrase on Page 29. It goes like this:

“CHOW explained that he met JACKSON when JACKSON approached CHOW to try to get support for the development in the Bayview/Hunters Point area of the city.”

Think about that for a second.

It’s August, 2010. The San Francisco supervisors have just approved the massive Lennar development, a project started under the administration of Mayor Willie Brown. But activists in the neighborhood are unhappy, and are organizing a referendum against the project, which is run by Kofi Bonner, who was Brown’s director of economic development. (The Lennar project is now being financed, according to the Center for Investigative Reporting, in part by a company that Brown’s involved in.)

So why would Keith Jackson, a former School Board member and lobbyist best known as a Yee fundraiser, be going to a person we now are told is a prominent Chinatown underworld figure to ask for support for a project in Bayview?

What was going on here? Chow was not a prominent public figure in much of the city; unlike, say, Rose Pak, he had little political pull and no ability to rally troops — for anything beyond allegedly illegal activities.

He may have been friendly with Yee – but that just made him more of an outsider in the Chinatown community, where Yee was not at all popular. (Yee’s Asian base was much more in the Richmond and Sunset.) In fact, much of the mainstream Chinatown leadership worked to get Ed Lee elected mayor – in no small part to keep Yee from gaining any more local power.

What could Chow possibly do for Lennar? Why would Jackson even want his support?

The whole thing is bizarre, the Lennar connection especially so. Jackson worked as a lobbyist with Sam Singer, who told the Chron that Jackson had no “tangible skills” but “knew everyone in the African American community.”

Jackson, according to the affidavit, was a key fundraiser for Yee, and involved in meetings where donors were shaken down, allegedly in exchange for political favors. And all of this happened in part while Yee was running for mayor against Ed Lee, a close ally of Brown – whose pal Kofi Bonner was paying Jackson $8,000 a month to do almost nothing.

Is anybody else getting the mind-spins here?

There is absolutely nothing in the affidavit, or in any testimony, or in even the wildest allegations linking Lennar to Leland Yee. I could be missing something in the Ethics Commission database, but Lennar and its lobbyists were not big donors to Yee. And this could all be just one of those things that happens in what politically is really a small town.

But look at the strings: Brown pushes the Lennar development. Brown’s aide, Kofi Bonner, is hired to run the project. Bonner hires Sam Singer to help with communications and community outreach, and Singer hires Keith Jackson, who is also raising money for Yee. Jackson reaches out to Raymond Chow on behalf of Lennar – for reasons that nobody I’ve spoken to can even begin to fathom, and that connection leads, allegedly, to a long string of criminal acts, including murder-for-hire discussions, gun running, and bribery.

I’m not trying to create a conspiracy here, or make connections that don’t exist (particularly since Yee and Brown were never close and Yee made a point of attacking Brown). But there’s something to think about here:

As former Sup. Aaron Peskin told me, “since Willie Brown’s days, there’s been a culture at City Hall where you can do whatever you want and you get away with it.” And according to the feds, Yee was one of those who thought he could get away with it.

It’s worth making another, larger point here about the Yee affair and why it’s so incredibly damaging.

We live in a world where campaign money is so critical for success, and so rules what happens in San Francisco, Sacramento, and Washington, that we all know Yee’s alleged pay-to-play is only the tip of the iceberg. There are many, many, examples of politicians doing favors for campaign donors; in fact, it’s pretty much considered business as usual. Why would lobbyists and corporations give money to elected officials if they didn’t expect that in return they would at the very least get access, and in most cases get an inside line on legislation and votes?

You’re not supposed to be explicit about it; you can’t promise to make something happen in exchange for money. And yes, individuals and institutions give money to candidates because they figure that person is already in synch with them ideologically. You don’t have to make Rand Paul promise to vote against higher taxes in exchange for a donation; he’s going to vote that way anyway. You like low taxes, you can give money to libertarians.

It works the same way on the left; tenant, labor, and environmental groups don’t have to ask Tom Ammiano to vote their way; he has integrity, and votes progressive no matter what. You like progressive legislation and votes, you give money to get people like Ammiano elected.

Where the money matters tends to be in the squishy center, among the politicians who can go one way or another – and might be pushed over the line by the desires of big donors.

All of this has a terrible result: It undermines the faith of ordinary voters in the notion that government can offer valid solutions to social problems. And that’s where people like Leland Yee (and Willie Brown, and other transactional politicians) do real, lasting damage.

You can be as much of a liberal as you want, but if your actions convince people that all politicians are corrupt (they aren’t) or that government only works for the rich (it shouldn’t), then you get apathy and cynicism. And that’s all the bad guys need to win.

I keep saying this, and allies of certain politicians keep ignoring me, but honest and open government is a progressive value. In some ways, these days it’s the most important progressive value. Because there’s a war against the public sector going on, an attempt to downsize and privatize government, and the more that we allow the people in office to undermine our faith in government, the more ground we lose.

That’s the biggest reason this culture of corruption is a deep, deep problem. 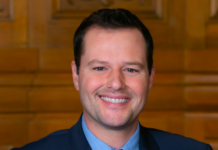