Are we going back to the days when the cops raided queer clubs and harassed street queens? 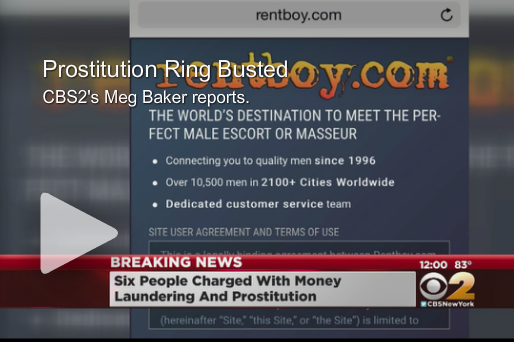 AUGSUST 31, 2015 — “What the hell?!” I screamed at the computer screen as I read about Homeland Security agents carrying out boxes of files during last week’s raid on a New York-based queer website escort service called Rentboy.com.

That raid netted $1.4 million in seized assets. Seven employees were arrested and are being charged under the Travel Act, a federal law that prohibits promoting prostitution. They could face up to five to ten years in jail.

Why was an outfit supposedly established to protect our country from terrorists engaging in this type of activity? Are queer escorts “terrorists” in the eyes of the folks at Homeland Security? Who made the decision to raid that particular website’s offices? Did the fact that it’s queer play into that decision?

Is Homeland Security our new morals police? Is it going to replace the old police department vice squads that used to raid gay bars and cruising areas and harass and arrest street queens back when I came out?

LGBT organizations have been quick to condemn the raid. Said Russell Roybal, deputy executive director of the National LGBTQ Task Force: “Criminalization puts the livelihoods, health and lives of sex workers in jeopardy. It’s time for our federal justice system to get its priorities straight and it’s time once and for all to decriminalize sex work.”

“As LGBT rights organizations in the United States,” said a joint statement from NLGBTQ, the Transgender Law Center, Gay and Lesbian Advocates and Defenders, the National Center for Lesbian Rights, and the National Center for Transgender Equality, “we join to applaud and support Amnesty International’s recent resolution to protect the human rights of sex workers by calling for decriminalization of sex work, while simultaneously holding states accountable in preventing and combatting sex trafficking, ensuring that sex workers are protected from exploitation, and enforcing laws against the sexual exploitation of children.”

It’s a hypocrisy that puts sex workers at risk from a whole array of dangers, including physical and psychological violence, extortion, harassment by the police, arrest (in some places) for carrying condoms, and rape.

Hypocrisy that, as the Harm Reduction Coalition (a group that advocates for health care and services for drug users) notes on its website, “harms the most vulnerable sex workers, including sexual and gender minorities, as well as people with limited economic resources and people of color who are already disproportionately impacted by policing and mass incarceration.”

It’s a no-brainer. Sex work should be decriminalized. And Homeland Security should mind its own damn business.

There will be a protest of the raid on Saturday September 5 at 1pm at Harvey Milk Plaza, Castro and Market. Check for updates here.