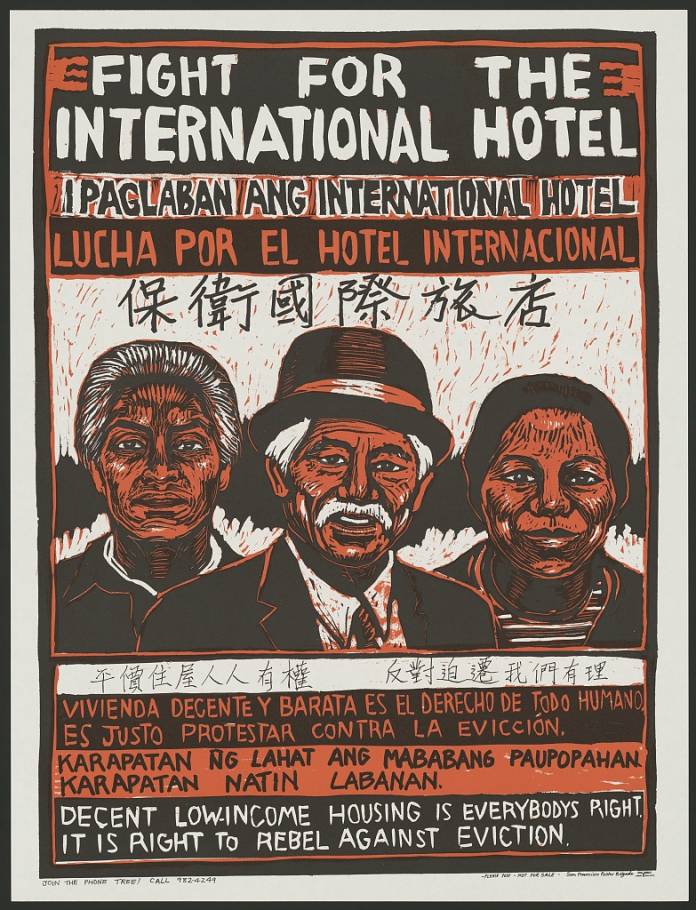 It was a dramatic moment in San Francisco political history. Five Thousand protesters surrounded the building. Sheriff Richard Hongisto at first refused to carry out the eviction order, and spent five days behind bars in his own jail before relenting – and leading the eviction, breaking down the door himself with a sledgehammer. 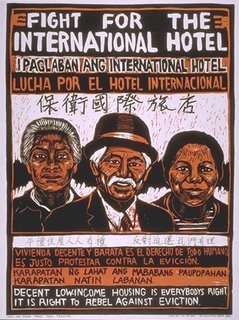 Mayor Dianne Feinstein sided with the Thailand-based real-estate investor who was parking his money in the I-Hotel. Her appointees on the Planning Commission and the Board of Appeals voted in favor of the demolition, despite the fact that the owner of the property (who was trying to park his money in the US) had no plans to replace the building.

For more than 20 years, it sat there as a whole in the ground and a symbol of the failure of the city’s housing policy. Finally, in 2003, community-based organizations got the property back and rebuilt the hotel as low-income housing.

On Friday/4, the Manilatown Heritage Foundation will hold a commemoration at the new I-Hotel, featuring the amazing documentary film “The Fall of the I Hotel,” with a presentation by filmmaker Curtis Choy.

Here’s the schedule of events: