Salesforce, which occupies that giant building that has come to dominate the SF skyline, has a contract with the US Customs and Border Patrol, part of ICE – and part of the operation that is tearing kids away from their families.

More than 700 Salesforce employees have signed a petition asking the company to drop its contracts with ICE. So far, CEO Mark Benioff has refused that demand. 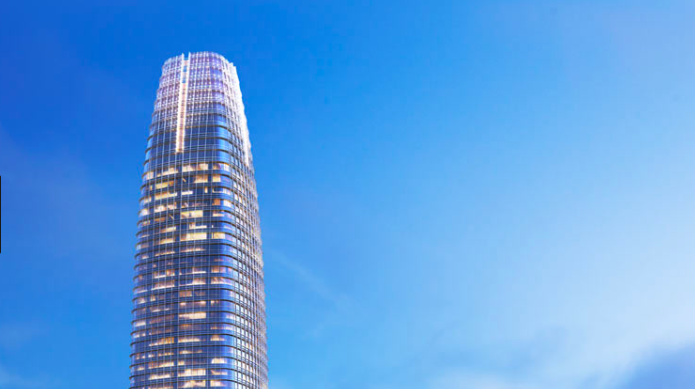 So the SF Progressive Alliance and other allied organizations will meet in front of Salesforce Tower Monday/9 at 10am to call on Benioff to cancel the CBP contract.

This is part of a growing movement by tech workers to divest their organizations of any connection to Trump’s family-separation machine.

The rally’s at 415 Mission. Like the building, it will be hard to miss.

The Police Commission meets in closed session Wed/11to discuss with legal counsel the case of Rain O. Daugherty v. City and County of San Francisco.It’s a critically important case – and the fact that it’s under discussion is intriguing.

The case goes back to 2011, when former Sgt. Ian Furminger was under federal investigation for a serious of corruption charges. He was eventually convicted and sentenced to prison – but he sought bail while his case was appealed, and the US Attorney’s Office, in a filing opposing bail, released a series of racist, homophobic text messages between Furminger and four other officers.

The four were fired – and one of them, Daugherty, sued the city demanding his job back. His argument: Under the Peace Officers Bill of Rights Act, there’s a statute of limitation on any disciplinary action of one year.

That means if a police department knows an officer did something wrong and doesn’t act on it for 12 months, that officer is off the hook.

The SFPD was cooperating with the feds on the investigation of Furminger – and as part of that procedure, the handful of SFPD officers working with the US Attorney and the FBI agreed to keep secret any information that they received relevant to the case.

That meant the lieutenant in charge of working with the feds could not tell anyone – including his supervisors, up to the chief – about the information the investigation turned up.

In 2012, the feds got a warrant to search Furminger’s phone and got ahold of the texts. Daugherty claims that the statute of limitations started at that moment – and since he wasn’t fired until 2015, the discipline was moot.

The Court of Appeal overturned that ruling May 30,issuing a precedent-setting decision upholding San Francisco’s right to fire the four officers. The statute of limitations was, by law, “tolled,” or put on hold, during the course of the confidential federal investigation, the court ruled.

Since this sort of investigation by outside agencies is no uncommon, and there are other circumstances were the one-year statue can’t possibly be met, the ruling gives cities far more latitude in disciplining rogue officers.

So why is this on the Police Commission agenda? Maybe so the commissioners can talk about how to implement it. I hope it’s not because the POA is threatening to appeal to the state Supreme Court.

Meanwhile, the Board of Supes Tuesday/10will consider Mayor Mark Farrell’s second nomination of Joe Marshall for re-appointment to the seven-member panel. The board has in the past refused to consent to Marshall or Sonia Melara, another mayoral appointee, saying that they have not been tough enough on the POA.

Melara has withdrawn from consideration.

One could certainly argue that, while Farrell has every right to make this appointment, Mayor Breed will be sworn in the next day. I have a lot of disagreements with Breed, but she has been good on police accountability.

Also on the Board agenda, way down at the very end: A resolution by Sup. Hillary Ronen that calls out PG&E, talks about the history of the Raker Act, and asks that all city departments and the SF Public Utilities Commission work to be sure that as much of the city’s clean public power as possible gets to customers in the city.

This is just another shot across the bow to PG&E, which has picked a dumb fight with the city. The supes and the mayor could go a step further, if there’s political will: Set a deadline (Sept. 1 seems reasonable) for PG&E to knock off all of its nonsense and reach a deal with the PUC – or the city will begin using its Prop. A revenue bonds to build out its own municipal distribution system.