In years past it’s seemed customary for Christmas to bring some shiny presents for moviegoers—a mainstream comedy or two, probably some Disney opus, maybe a late-arriving “prestige” film, perhaps even a musical. (Admittedly, last week we did get Cats, whose general reception might warrant its reclassification as a horror movie.) This year, the week is bringing an unusually paltry and unpleasant assortment of new arrivals, apart from the family-friendly cartoon Spies in Disguise. It’s an unusually downbeat assortment, not excluding Little Women, which is certainly meant as an upbeat delight, and has been received as such in most quarters, but… Well, we beg to differ (see below).

Aside from all that rustling crinoline, we have new dramas about WWI trench warfare and the kind of in-ya-face personality most of us hope to avoid in real life, but occasionally find ourselves paying $15 to watch self-destruct for 2 1/4 hours onscreen. Merry Christmas! Admittedly, the cultural climate at present is apt for masochism. If you really do need sweetness and light, there’s always the nth visitation of the Sing-A-Long Sound of Music at the Castro (Thurs/26-Tues/31), which run will be broken up on Wed/30 by two of the currently lesser-remembered A Star Is Borns: The non-musical 1937 Janet Gaynor version, and the 1976 Streisand one, which if memory serves might be a more painful experience than all the aforementioned new releases combined. It was, however, Warner Brothers’ big Yuletide gift to audiences that Bicentennial year, and despite mostly scathing reviews, became a giant hit.

1917
Definitely the must-see among this lot is the period war movie from Sam Mendes, the stage director whose films over the last 20 years have been erratic but sometimes inspired, whether the bleak domestic drama of Revolutionary Road or the superior James Bond entry Skyfall. Loosely based on an anedote he was told by his grandfather, 1917 is set in the spring of that year, when the “Great War” had seemed to be going on forever. (It would finally end about eighteen months later.)

George MacKay and Dean-Charles Chapman play two ordinary British enlistees surprised to be given immediate orders for a quite-possibly-suicidal mission: They must leave their battalion and deliver a message to a different one, before its 1600 soldiers march into what intelligence has learned is a deadly German trap. The distance they must travel for that purpose would be merely an afternoon’s pleasant stroll in peacetime. But in this Northern France war zone, with enemy planes overhead and enemy combatants possibly behind every barn and bush, each step could be their last.

The heavily publicized novelty of 1917 is that it’s been assembled to appear as if composed of “one continuous shot,” with Roger Deakins’ camera endlessly snaking behind, before and around our protagonists as they traverse from trench to bunker to open field to bombed-out town, and so forth. Of course, with its elaborate $100 million mix of impressive production design, practical effects, digital ones, etc., there’s no way it could have actually been done in a single take. Instead, the movie maintains that illusion through numerous stealth cuts rendered almost undetectable by taking place amidst moments of darkness, explosive chaos, and other distractions. Still, the success of 1917 isn’t so much that it pulls off a tricky technical stunt, but rather that most of the time we’re too engrossed to notice it.

The opposite of something like Dunkirk, in which visceral combat staging completely overwhelmed any identification with the array of almost interchangeable characters, this movie wisely gives us two distinct protagonists from whose POV we never stray. (Some famous faces including Colin Firth, Benedict Cumberbatch, Mark Strong and Andrew Scott make just fleeting appearances, as personnel encountered by our heroes en route.) The result is emotionally as well as physically and atmospherically vivid. Though there are minor things to quibble about (I found Thomas Newman’s score too intrusive at times), 1917 is definitely one of the best war movies in a long time. It is not, however, better than last year’s Journey’s End—another very fine WW1 British trench drama, albeit one that nobody saw, and which you are encouraged to seek out. Opens Wed/25 at area theaters.

Little Women
I wish I could be as enthusiastic about Greta Gerwig’s followup to the very nice (but rather wildly overrated) Lady Bird, and no, it’s not a matter of preferring a “boy thing” like 1917 over a “girl thing” like the 7th big-screen version of Louise May Alcott’s beloved novel. Did we really need another Little Women? Well, why not? Every generation deserves a version of the perennially popular book that they can call their own. At least two of the priors (George Cukor’s 1933 edition and Gillian Armstrong’s 1994 one) are classics in their own right. This latest might end up with that status as well, since it’s already landed on numerous year-end best lists.

Handsomely produced as it is however, Gerwig’s vision grated on my nerves, though for reasons that may well cinch its popularity with current younger audiences. In ways that the better past versions avoided, this adaptation is interested in the period setting (New England during the Civil War) only as an opportunity for costume-party dress and decor. In everything else, it’s insistently “modern,” with the March girls (Saoirse Ronan, Emma Watson, Florence Pugh, Eliza Scanlen) directed to behave like 21st-century teenagers. They’re always hugging, running, crying, dancing, yelling, even cross-dressing; everything is pitched in a key high enough to arrest the attention of even the most stubborn Instagram addict.

Of course there’s soft-boiled feminism served up in obvious, speechifying ways that absolutely no one would have uttered in the mid-19th century. Alcott and her heroine Jo were proto-feminist—can’t the independence of their actions be allowed to speak for themselves? Nope. I understand how this “updating” of tone, dialogue and behavior might have seemed necessary to connect with modern youth, who at present seem even less interested in the historical past than usual. But it feels pandering in a way that doesn’t acknowledge older viewers who still love Little Women might prefer their dose straight-up, so to speak.

There are good actors here (also including Laura Dern as Marmee, Timothee Chalamet as Laurie, a hammy comedy-relief Meryl Streep, Chris Cooper, Louis Garrel, etc.), nearly all of whom have done better work elsewhere in 2019. And what’s with the scrambled chronology in Gerwig’s script? This isn’t Proust. There is no reason to toss Little Women’snarrative as if it were some sort of memory-salad. Many people apparently do and no doubt will like this movie. But I say: Phooey.  Opens Fri/25 at area theaters.

Uncut Gems
Gratingly high-energy in a different way is this latest from the Safdie brothers, who in the past have managed the daunting feat of starting their movies on a note of crisis, with off-putting central characters already pushing the envelope, then successfully sustaining that tension through an entire serpentine story. That’s something very hard to pull off—as proven by Uncut Gems, which fails at the same task. Again, this is a minority opinion. But while many critics have praised Gems, I’d be hard-pressed to recommend it to anyone. Anyone that I liked.

Adam Sandler plays Howard Ratner, a motormouthed walking stereotype—a Jewish Noo Yawk jewelry dealer of the Diamond District constantly hustling everyone in sight—who burns bridges so constantly and impulsively, you’re amazed he hasn’t self-immolated yet. (But he will, of course.) He’s a compulsive gambler in deep hock to some very threatening mob-type guys; a cheater who’s currently planning to leave his fed-up wife (Idina Menzel) for his predictably younger mistress (Julia Fox); a neglectful father whose two kids have already learned to expect nothing but disappointment from him. He might yet be able to land on his feet, at least financially, if he can turn a brick-sized uncut Ethiopian opal into a triumph on the auction block. But when he reluctantly “loans” that stone to a transfixed NBA star (Kevin Garnett as himself), getting it back proves difficult, and Howard’s problems just keep escalating over the course of 48 frenetic hours or so.

Gems isn’t so different from the Safdies’ earlier features. But where they (particularly Daddy Longlegs and Good Time) went out on a limb and suspensefully held us there, this time the constant ratcheting up of stakes 2is just exhausting and exasperating. That’s mostly because Sandler’s protagonist is a noxious irritant from the get-go. There’s no questioning the performer’s commitment, or that he’s very good in this rare dramatic role. But Howard has no redeeming qualities—we can’t even imagine what wife Menzel (a standout here) ever saw in him—and the character is relentlessly one-note, even if his dynamic range does span from loud to louder to temporarily-unconscious.

There’s a difference between tension and annoyance. Howard isn’t just hard to root for, he’s hard to be in the same room with—he’s a pushy boor. Scene after scene is a yelling match. If we’re supposed to feel the weight of tragedy when this saga finally jerks to a violent halt, instead what we feel is relief. Uncut Gems is like the joke where someone asks “Why do you keep hitting yourself with that hammer?,” and the answer is “Because it feels so good when I stop.” Its ending may bring sweet deliverance, but for me that wasn’t fair compensation for the preceding 134 minutes of fingernails on chalkboards. Opens Wed/25 at area theaters.

Decoder
Newly restored, this little-remembered but striking dystopian-future oddity duly was originally released in the ideal dystopian sci-fi annum of 1984. F.M. Einheit, then a percussionist in fabled industrial noise outfit Einsturzende Neubauten, plays the malcontent protagonist who discovers that replacing the Muzak in the fast-food emporium where he works with dissonant sonic mashups spurs customers into acts of anarchic violence against the repressive capitalist State.

Other figures in the diffuse narrative are played by such Berlin underground scenesters as the real Christiane F. (as a peepshow-performing romantic interest), Throbbing Gristle/Psychic TV founder Genesis P-Orridge, and William S. Burroughs, on whose writings Decoder is loosely based. It was the second and last feature directed by Muscha, with vivid photography by Johanna Heer (who would next shoot the equally candy-colored hit Sugarbaby for Percy Adlon), and a soundtrack that includes no less than three uses of Soft Cell’s “Seedy Films.” Sat/28, Roxie. More info here. 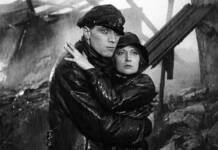 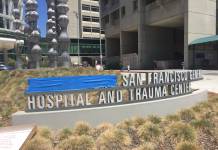 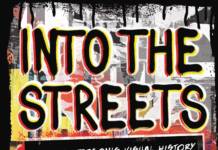