The resignation of New York Times columnist Bari Weiss is all over the news, and the right-wingosphere is using it to push the demonstrably false narrative that major news media outlets like the Times don’t allow for conservative viewpoints.

In her resignation letter, Weiss notes:

“Showing up for work as a centrist at an American newspaper should not require bravery.” 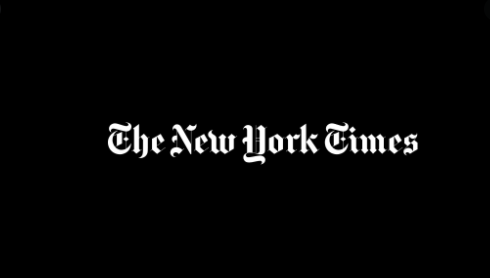 Nobody should be bullied at work for their political viewpoints, and nobody should be afraid to go to work because of bullying. I’ve never been in the NY Times newsroom, and I can’t speak to what did or didn’t happen there.

But I will say this:

The major news media, in part because of younger staff, are slowly facing the realization that the “centrist” or “moderate” agenda that the media have been promoting for more than 30 years has been a complete, horrifying, disastrous failure.

The centrist agenda, which is based on the primacy of the private sector and private markets and the importance of the military and law-enforcement, has left us with a public-health system utterly unable to handle the COVID pandemic. It’s left us with a legacy of racist policing and incarceration. It’s why Black families have only a tiny fraction of the wealth of white families. It’s created the most economically unjust and unequal society in the developed world. It’s come so close to destroying the planet that it’s almost too late to save our species. It’s why we have so many homeless people in the streets of our cities, why college is so expensive that it’s out of reach for many families, why we are engaged in expensive and pointless wars all over the world.

In San Francisco, a succession of “moderate” Democratic mayors have either promoted or acquiesced to this approach, and the city is far worse for it.

So yeah, there is a great degree of impatience out there, not just with the neo-cons and the rightwing nuts but with “centrists,” and it’s exploding all over the country.

Weiss blames the under-40 “woke” workers at the Times, and says that

The paper of record is, more and more, the record of those living in a distant galaxy, one whose concerns are profoundly removed from the lives of most people.

Actually, that’s where the centrists live – in a distant galaxy where they seem unaware of the real problems facing this country and this world.

The New York Times has never been a left-wing publication, and it’s not today. All of the discussions at that paper over the past decades have been fairly narrowly limited – not to the “left” but to the “center.” Even the “liberal” economist Paul Krugman opposes rent control as an unfair intrusion on the housing market.

The argument that politicians need to move to “the center” to win elections never made much sense to me – and it clearly makes no sense now. Hillary Clinton was the perfect neo-liberal “centrist,” and the more she moved to the center, the worse she did.

What is happening, I think, in both academia and in journalism, is that voices that were ignored, dismissed, shut down for generations are now starting to play a real role in the debate. Yeah, that makes some of the older moderates uncomfortable, and it should.

The Times prides itself on offering a “broad” spectrum of political debate. For decades, the part of the spectrum represented by homeless people, advocates for defunding police and decarcerating society, socialists, Black Lives Matter, and other progressive social and economic causes were not part of that acceptable spectrum.

But right-wing politicians who wanted to call out the military to use against peaceful protesters were.

Now things are changing. Tom Cotton’s proposal is, and should be, so far out of the mainstream of acceptable political thought that the Times should never have published it. Twenty years ago, the staff would have just shrugged and gone alone; no more.

Facebook can’t get away with claiming the First Amendment protects hate speech designed to foment violence any more, either.

Sorry, “centrists.” You’ve had your chance, and you screwed up this country so badly that the next generation is going to spend much of their lives just trying to clean up the mess.

You can’t blame young people for standing up and saying that. In fact, I think it’s our only hope.