Ask people on the streets what they need, and you get credible answers. The city ought to be paying attention.

The Coalition on Homelessness released a dramatic new study today that – unlike most reports on the unhoused – relies on data collected directly from the people on the streets.

The study shows that 25 percent of the people who are homeless today had a place to live in San Francisco within the past year. Most of them lost their housing because they couldn’t afford to pay for it. 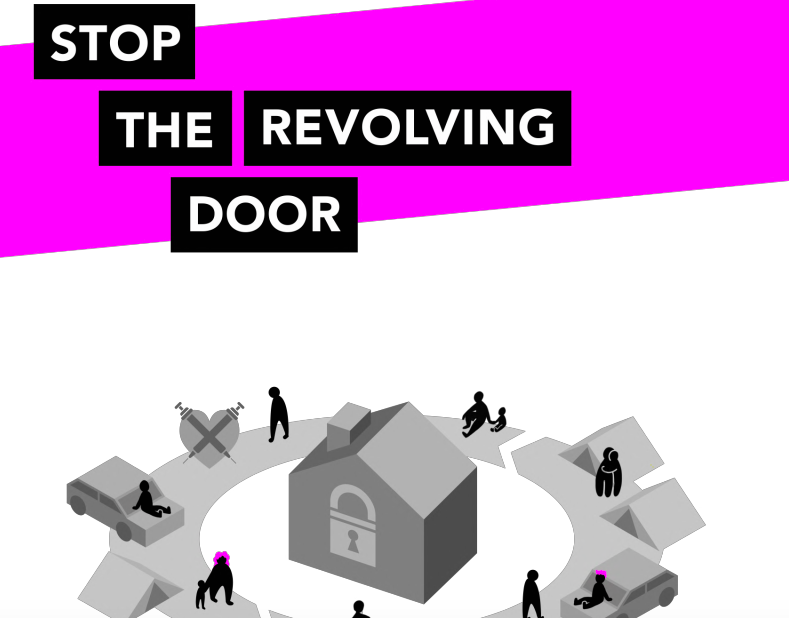 Many of the people who have been in government-sponsored affordable housing – 18 percent — wound up back on the streets, in part because they couldn’t pay the rent.

The study, backed by researchers at academic institutions including UC Berkeley, Harvard, and Santa Clara University, surveyed a total of 584 unique individuals. The researchers also did a series of focus groups.

It’s a critical, and unusual, example of asking the people who are facing homelessness to participate in designing solutions:

You will see in this report the voices of those experiencing homelessness. You will hear their suffering, but also their brilliance. There are also many themes that arise and collectively paint a picture of a revolving door that churns people through, and too often, spits people back to the streets where they start over, with more trauma and less hope. The picture painted of a treatment system that when it is serving, and accessible to people, is serving them well. The picture painted of gaping holes through which people fall from housing into homelessness, but holes that are easily fixed with appropriate investments.

Among the most important conclusions: Most people who wound up homeless lost their homes because, for a variety of reasons, they couldn’t afford the rent.

Rent subsidies — a very inexpensive solution — would have made a huge difference for thousands of people who are now on the streets.

The surveys showed that 81 percent of the people living on the streets have either used shelters or tried to get shelter in the past. Most of the people, it turns out, are not “service-resistant.” The study found that 64 percent tried to get into shelter, but there were no beds available. Thirty percent were forced to leave shelters against their will.

Given the conditions in the shelters, 58 percent said they would rather be in a legal camp than in a shelter. Respondents said that there is a need for both clean and sober shelters and shelters where people who use alcohol and drugs can do so in a safe setting.

The thresholds for access to the shelters were a constant complaint.

The majority of respondents currently staying in shelters reported that they had tried and failed to access a bed in the past: 64 percent reported having tried and failed to access shelter in the past due to a lack of available beds, 37 percent due to excessive waits, 29 percent  due to finding it too complicated, and 29 percent from missed check-in for the strict curfew.

Half of the participants said that drug-treatment programs that did not require abstinence and focus on harm reduction were more effective than programs that mandate a complete halt to all drug and alcohol use.

Cesar Espinoza, one of the researchers, said that the stigma attached to substance abuse is a major obstacle to treatment. “Many individuals who are homeless are not ready for substance abuse treatment,” he said. But harm-reduction programs and street-level outreach – including housing that can stabilize people’s lives – is a critical part of the system.

Enforcement of binary gender norms in San Francisco shelters makes transgender women particularly vulnerable to experiencing gender-based violence in and eviction from homeless services.  Qualitative studies have shown how gender policing by shelter and transitional housing program staff puts transgender women at risk of carceral system involvement, as staff call the police to respond to transgressions of gender norms. Most (52 out of 72) people surveyed had used shelters in San Francisco within the last five years. Forty-four of these shelter users left shelters for a variety of reasons. The primary reason for departure from shelters was to escape mistreatment (39 percent), compared with 30 percent of the overall population; 36 percent left because they timed out, and 16 percent were kicked out, sometimes following conflicts related to gender identity or sexuality. Fifty-two percent of transgender shelter users had been asked to leave or forced to leave shelter. This indicates a need for improved policies for conflict resolution and institutionalization.

The policy recommendations start with the concept of preventing people from losing their housing – which means changing state laws.

Fully repeal the Costa Hawkins Rental Housing Act, a California measure that was passed in 1994 that limits municipalities’ ability to implement vacancy control in rental units. This will reduce landlord incentives to displace existing tenants and prevent rents from spiking when a tenant moves or is forced out.

This is critical: The real-estate lobby has outsized influence in Sacramento, and while everyone from the governor on down talks about addressing homelessness, the first step has to be defying that lobby and keeping people in their homes.

(Newsom has successfully pushed for a $600 million fund to turn empty hotels into housing for homeless people, and that’s a great idea, if limited. But he has, so far, not made it a priority to end the Ellis Act and Costa Hawkins.)

There is so much here, and it’s going to take a while to analyze it all. But the Coalition has put out a study, backed by solid data, that shows why so much of what the media report on homelessness is wrong – and why so many city policies have failed. And everyone needs to pay attention.

The Agenda: Protecting tenants from predatory ADUs, where will people tossed of our SIP hotels go, and the start of local redistricting.
Read more
Sponsored link